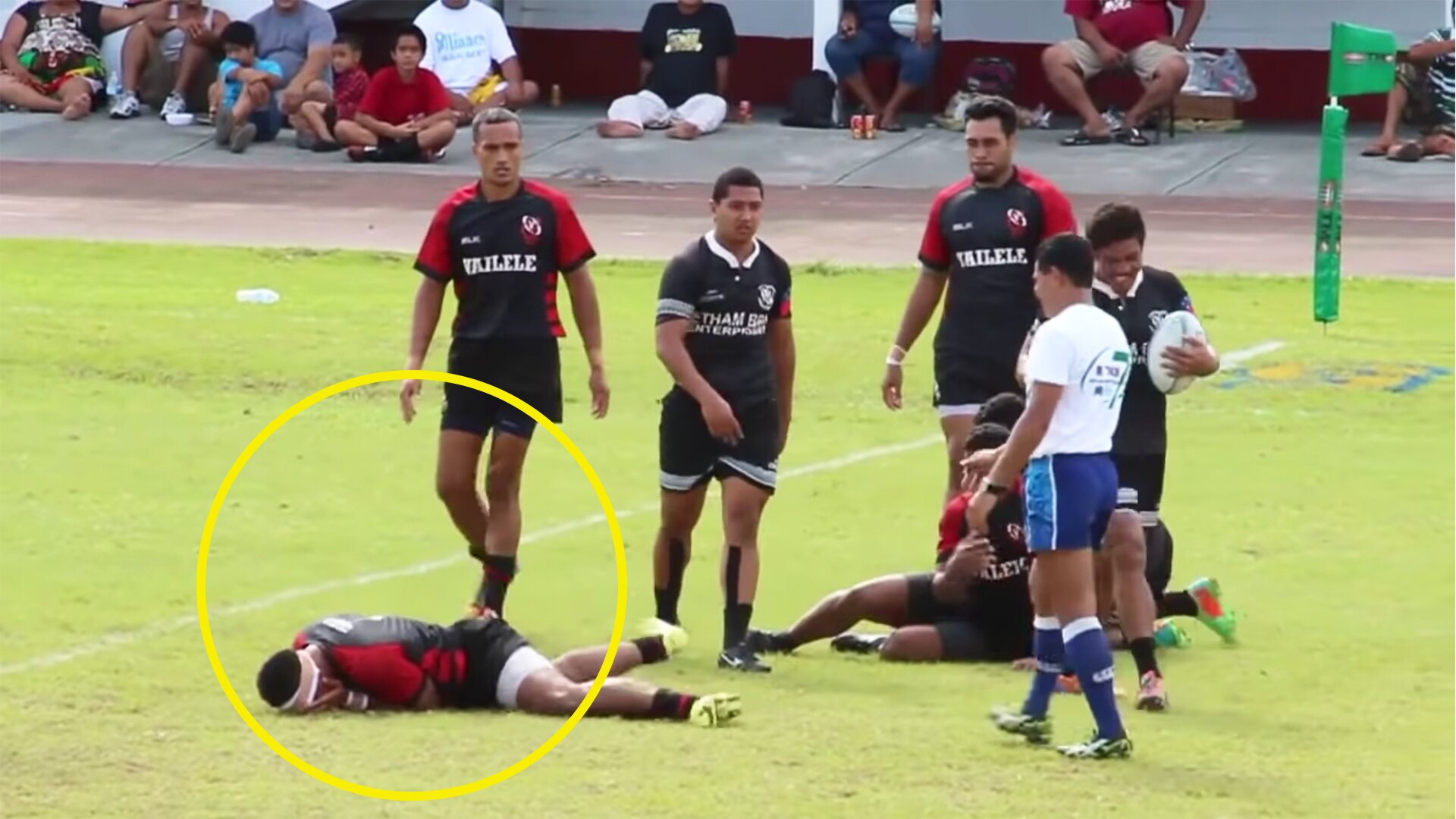 It doesn’t happen often – but when rugby players dive or pretend to be injured. It really stands out.

A new video from the Youtube channel, ‘Andrew Forde’, has dropped showing the rare but embarrasing instances where rugby players truly shame themselves by feigning injury to get an advantage over the ref.

There are some real howlers in here as we see perennial diver, Yoann Huget, taking a tumble after next to no contact whilst holding his hands to his face.

Another instance sees Scotland fullback, Stuart Hogg, taking a tap to the shoulder after a Tenda Mtawarira charge down – sending the Chiefs flyer to the ground with an added roll for effect.

We hear on virtually every occasion as the commentators call out the play-acting from the players. Thankfully it’s not going unnoticed!

watch the new compilation in the link below

Just weeks after it emerged that the RFU were scrapping their England 7s programme, rugby officials in Wales have done likewise with their World Rugby Sevens Series team. A statement issued on Friday afternoon read: “The Welsh Rugby Union can confirm that its men’s sevens programme will cease to operate in its current format for the foreseeable future due to the ongoing impact of Covid-19.

The Welsh Rugby Union can confirm that its men’s sevens programme will cease to operate in its current format for the foreseeable future due to the ongoing impact of COVID-19.

Welsh rugby fans have not reacted positively to the news that their team will be scrapped, which had some of the best sevens rugby players in the World.

Explaining the decision to shelve their programme, WRU performance director Ryan Jones added: “It’s an extremely regrettable situation we find ourselves in, and one that is being felt across the world inside and outside the context of sport.

“I’ve seen first-hand how much the sevens players and staff have put their heart and soul into the programme, which has made reaching this outcome all the more difficult.

Many Welsh rugby fans could not contain their dismay at the Welsh Rugby Union who are unhappy about how underfunded the Welsh sevens team has been in recent years.

Sums the @WelshRugbyUnion up, the only format of the game we’ve been world champions in and they’ve mothballed it !!! But no doubt that jobs for the boys will remain and the massive money they’re on?? #wales7s #jobsfortheboys #shambles

COVID is just an excuse for binning something you never had an interest in to start with!

I would have played for free back in the day!! https://t.co/q6HjtPavF4