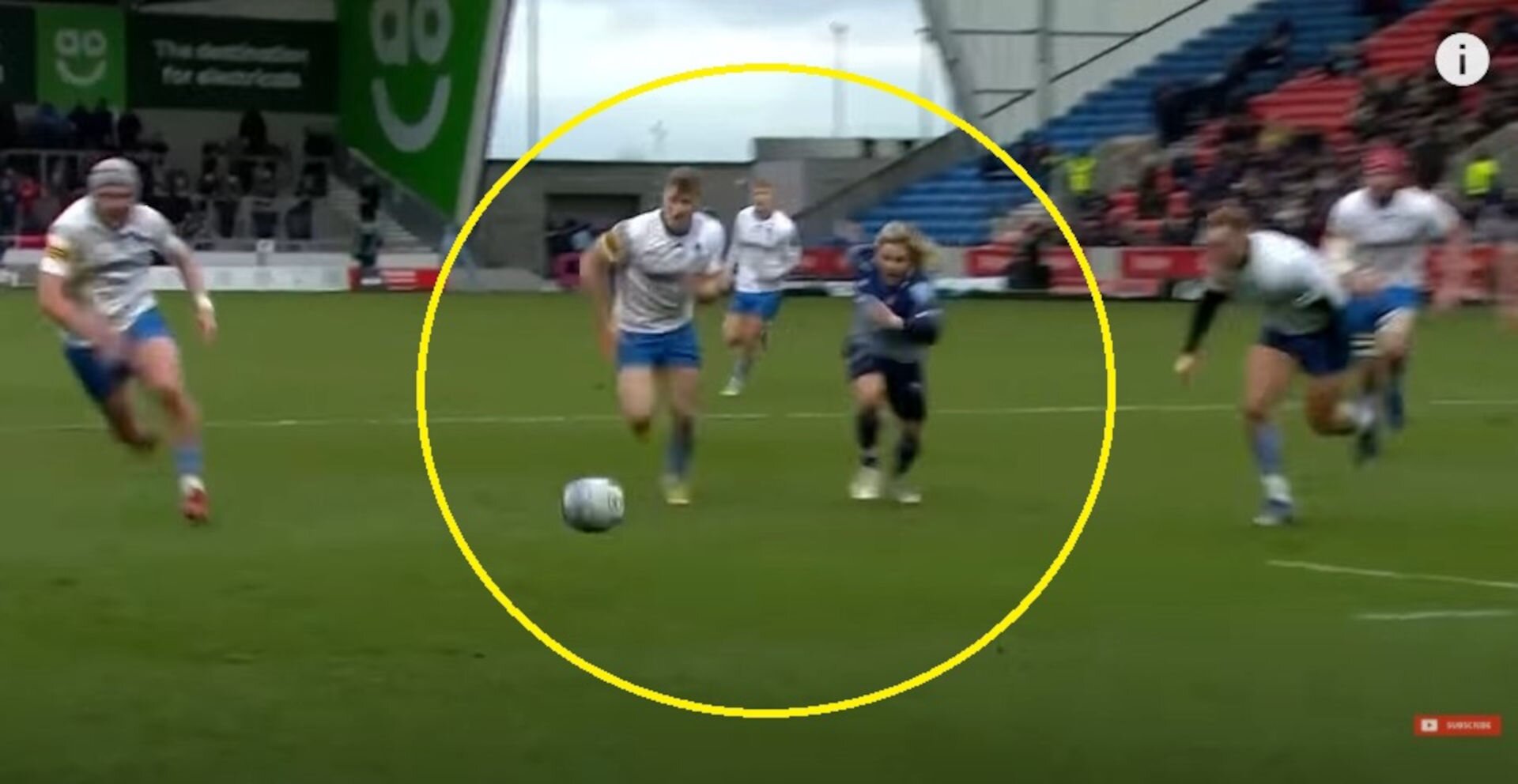 He was charged down by hooker Niall Annett, who ran in the try as poor wee Faf watched on.

Sale Sharks have won each of their last nine home games against Worcester Warriors in the Premiership, gaining a bonus point in four of those victories. Prior to this current run they had lost three home matches in a row to Worcester Warriors between March 2007 and November 2008.

Worcester’s 27-14 home win against Sale Sharks in Round 7 stands as their largest margin of victory so far this season.

Worcester Warriors and Sale Sharks are two of the three sides to have been shown a league-high two red cards so far in this season’s Premiership (also Wasps).

No players have made more tackles without missing one so far this Premiership season than Sale Sharks’ Coenie Oosthuizen (64) and Cameron Neild (34).

Sale Sharks’ flanker Jono Ross has recorded the most dominant tackles of any player in this season’s Premiership (12).

Worcester Warriors’ hooker Niall Annett has the competition’s highest line-out throw success rate of anybody with more than 12 attempts (96.9%).

Of players to feature more than once in the Premiership this season just four have averaged at least one break assist pass per game, including Sale’s AJ MacGinty and Worcester’s Finlay Smith (both 1, also Will Edwards – 1.2 and Jacob Umaga – 1.1).