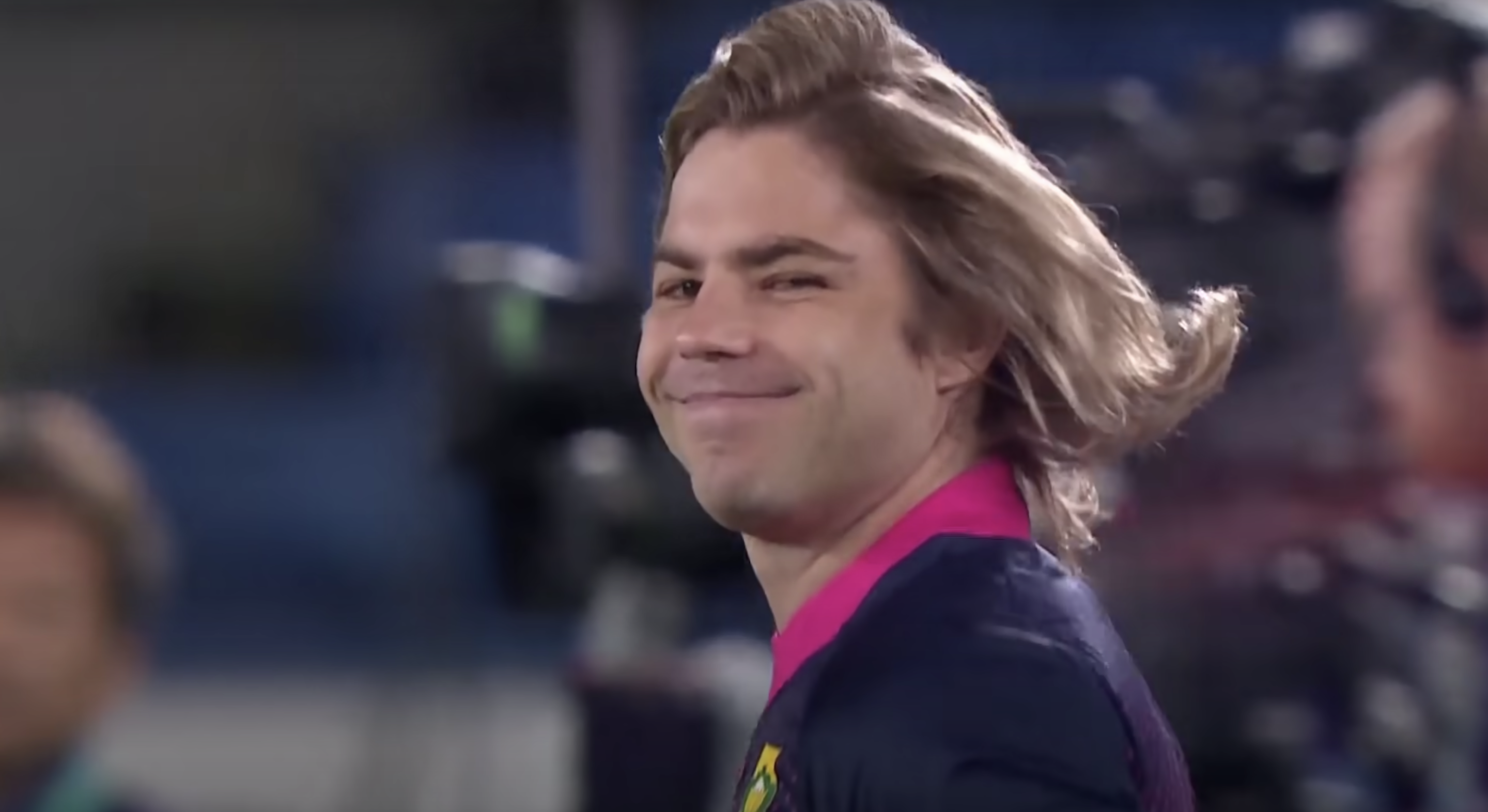 Sale Sharks scrum-half Faf de Klerk shared a message on social media today clad in the shirt of his new club, Japan’s Yokohama Canon Eagles, after his move was announced.

The message was directed to all supporters of the Japan League One outfit, but the 30-year-old did not miss the opportunity to bring up the 2019 World Cup final. The Springboks triumphed over England in Yokohama in the final, and that of course got mentioned in de Klerk’s message.

“Hello everyone, it’s Faf de Klerk here,” he said. “I’m just so excited to be joining Yokohama Canon Eagles. Just great to get back to Japan. We were there for the World Cup in 2019 which was absolutely amazing. We spent ten weeks there and I didn’t really want to come home. The Japanese people were amazing, the culture is amazing, I’m really looking forward to going back to the place we played the final in Yokohama, which is amazing. I can’t wait for that and I’ll see you guys soon.”

The No9 still has a job to do with the Sharks though, who play their final game of the Gallagher Premiership this Saturday against Bristol Bears. They still have an outside chance of making the top four, albeit a very slim one, but de Klerk will want to end his time at Sale on a high.

De Klerk’s departure was announced two months ago alongside compatriot Lood de Jager’s, but his new destination has only recently been confirmed. Those two are part of a mass exodus of South Africans at the end of the season at the Sharks, the JP du Preez joining the Glasgow Warriors and Rohan Janse van Rensburg switching to the South African based Sharks.

This was de Klerk’s message: