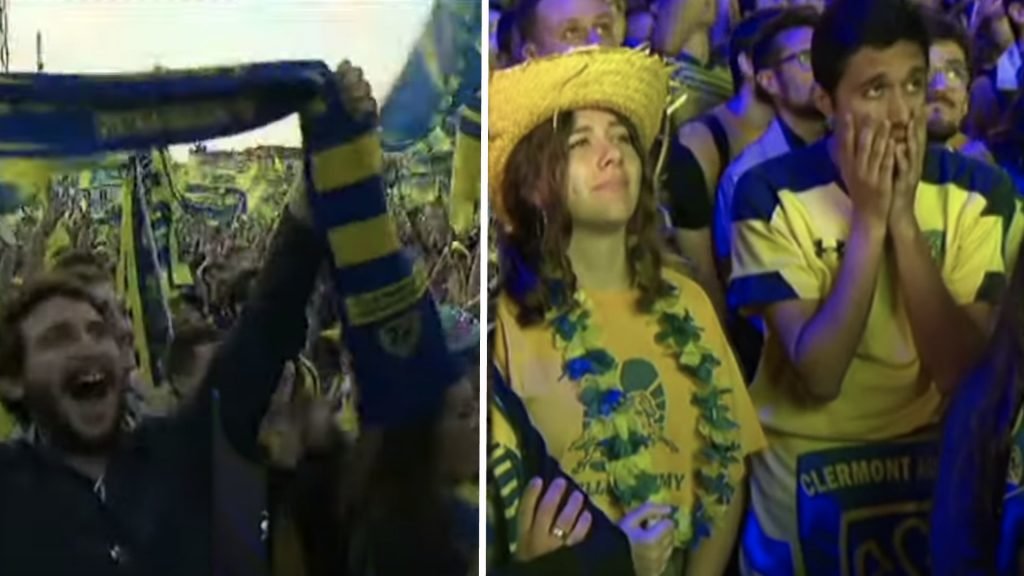 You really have to feel for Clermont. On so many occasions they have come close to winning thar coveted silerware that they deserve. But they yet again fell short at the final hurdle as Toulouse narrowly edged Clermont by 24-18 in the Top 14 final.

A French YouTube channel was in Clermont to livestream what they hoped would be a group of joyous Clermont fans as they sealed the win in Paris. However it was not to be, and the video makes for quite a depressing watch. La Rochelle have been in fine form this season in the Top 14.

At first things were in high spirits…

But things quickly deteriorated once Clermont were losing in the final. It makes for quite a sad, yet entertaining watch depending on how look at it.

You really do have to feel for them on this one!

In other news: Wales Under 20s announce team for New Zealand

Wales U20 announce squad to face New Zealand
Wales head coach Gareth Williams has freshened up his starting XV for the clash against New Zealand for tomorrow’s 5th place semi-final in the World Rugby U20 Championship in Rosario (KO 2.30pm BST)

There are four changes in the pack and two in the backline.

The changes behind the scrum mean there are also two positional switches with Deon Smith moving from the left wing to right wing to allow Scarlets’ Ryan Conbeer his usual post wearing 11 while Max Llewellyn’s inclusion at outside centre sees Tiaan Thomas-Wheeler move to inside centre with Sam Costelow dropping down to the bench.

Up front captain Dewi Lake will have two new props alongside him with Kemsley Mathias getting the nod at loosehead while Ben Warren starts on the tighthead with Tom Devine and Nick English both moving to the bench.

In the second row Morgan Jones, who made his presence felt when coming on as a replacement against Fiji, joins fellow Scarlet Jac Price in the second row with Ed Scragg dropping down to the bench.

There is a welcome return for Dragons flanker Lennon Greggains who hasn’t played since the opening game of the campaign against Argentina through injury. His presence allows Iestyn Rees a well-deserved break but the Scarlets back row is certain to figure from the substitutes bench later in the match.

“We’ve always emphasised how important the squad of 28 is, and this is getting more and more evident the longer we go in to this competition,” said Williams.

“Playing New Zealand is a great test for us, and a great fixture to be preparing for. They are rightly regarded as one of the best teams in the world at this age group.

“We don’t always get the opportunity to play southern hemisphere teams so this is a big challenge for us but one we have prepared well for.”