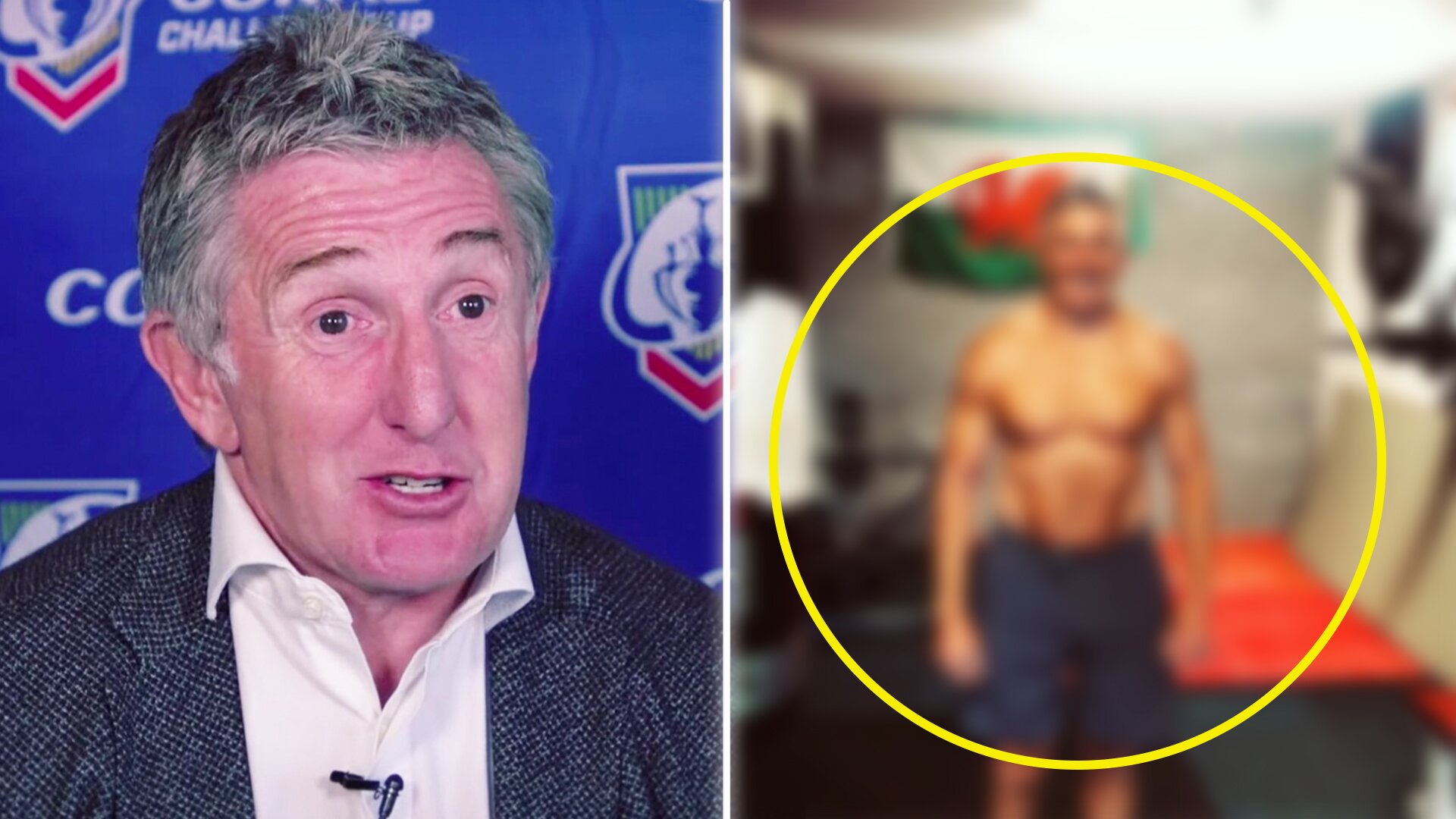 Welsh rugby legend, Jonathan Davies, posted an image on social media yesterday that shocked rugby fans all over the world.

The 57-year-old rugby pundit and former Wales international showed that he certainly hasn’t had his feet up over the last few months.

Were any of us expecting this?

Davies is an active user on Instagram and recently treated his followers to this extraordinary snap with this caption.

“Really enjoying my training with @craighawkins_pt less Guinness and hard work. Fun though. 👍”

Really enjoying my training with @craighawkins_pt less Guinness and hard work. Fun though. 👍

The body transformation got dozens of replies from fans that were impressed with the Welsh rugby legend’s enviable physique.

Fans reacted in their masses to Jiffy’s new post. Fellow Welshman Nigel Owens was suspicious of the tan that Davies was exhibiting and called him out on it along with former Wales international, Tom Shanklin. With the former Welsh international in such great shape – who’s to stop him from making the mother of all comebacks to stake a claim for a red jersey in time for the Six Nations restart in October.

Davies has been a regular on the BBC’s commentary teams for the Six Nations as well as featuring on a lot of their Rugby League coverage.

He earned 85 caps for Wales in Rugby Union with spells at Neath, Llanelli and Cardiff.

He also had a successful career in League in which he played for Widnes and Warrington before playing in Australia for the North Queensland Cowboys.

What do you think of this lockdown body transformation?