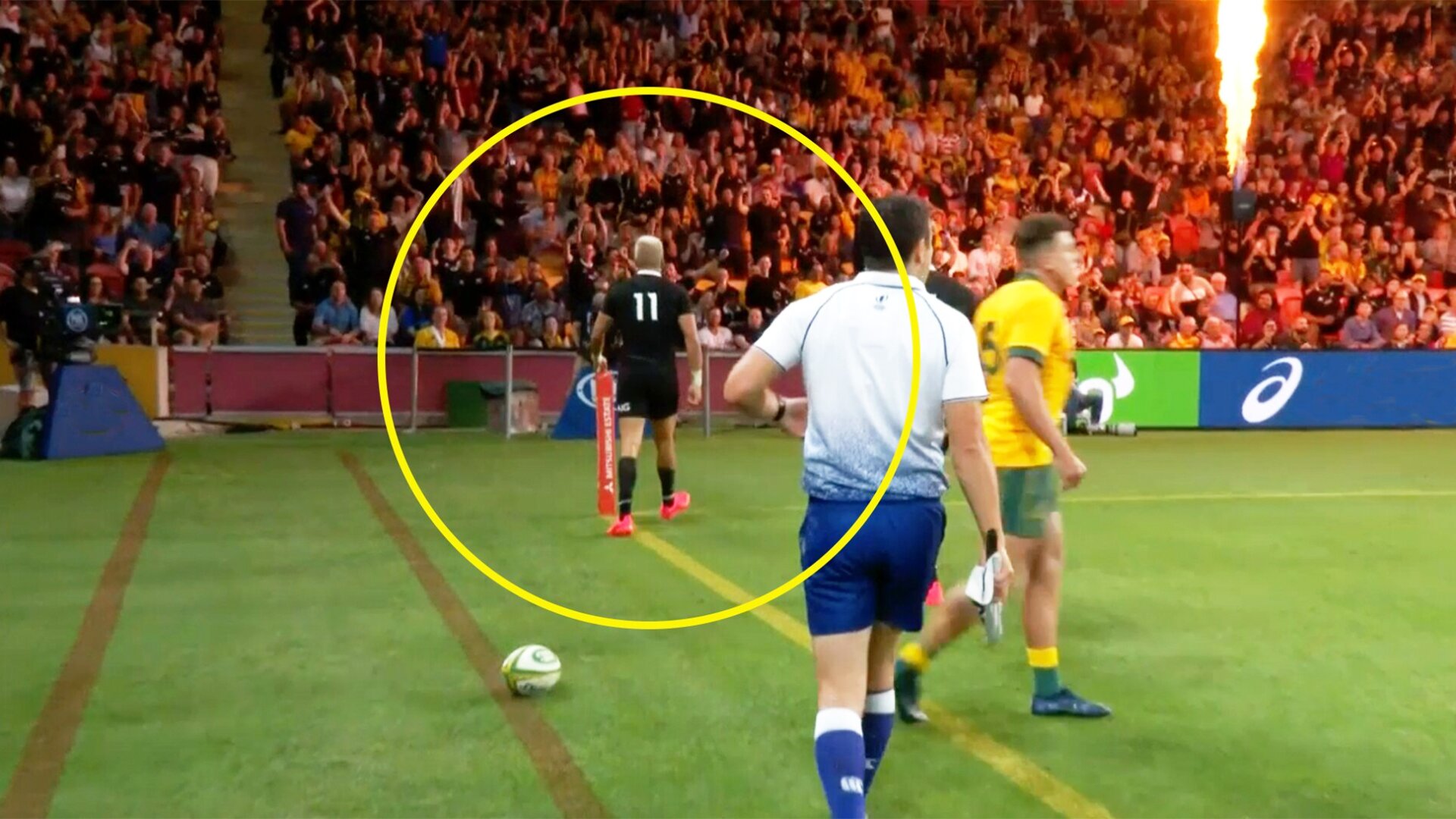 Rieko Ioane is without a doubt one of the most gifted rugby players on the planet – but he, like all of us, does have his moments.

Rugby fans around the world were shocked and revolted by this try celebration that drew scorn from across the rugby fraternity.

You have to ask yourself how he was ever allowed to pull on the famous black jersey again after this.

The incident occurred in last year’s Bledisloe Cup tie between Australia and New Zeland in Brisbane.

The eyes of the rugby world were on this clash, in one of the first major international test for months where spectators could attend, the players had a responsibility to put on an entertaining performance – and not to let down their nations…

The All Blacks were experimenting with their side, bringing in the likes of Will Jordan into the side and starting the mecurial Beauden Barrett at fly-half.

Rieko Ioane is one of the biggest names on the planet

RP: ‘Likely to be the player of the decade’: The dizzying hype Rieko Ioane got after his first test season in 2017 https://t.co/9L3gszDNMq

There was a moment earlier on in the clash that angered rugby fans around the world involving 23-year-old All Black centre, Rieko Ioane.

It occurred in just the eighth minute of the match after an early score from Australia in the opening exchanges of the game.

We see as Laumpape loops around Jordie Barrett in attack before throwing an inviting pass over the top for Ioane to run onto.

Watch the controversial Rieko Ioane celebration in the video below

Fans swarmed social media, outraged at the choice of celebration from the Blues flyer.

All Black supporters were incensed that Rieko Ioane had chosen to place the ball down with one hand to score in the corner – just a week or so after costing New Zeland a win in their opening Bledisloe Cup tie against the Wallabies in which the side’s drew 16-16.

The young star was heavily criticised after his celebration cost his side five points – and fans were incensed on this occasion with the 23-year-old again electing to go for the showboating score.