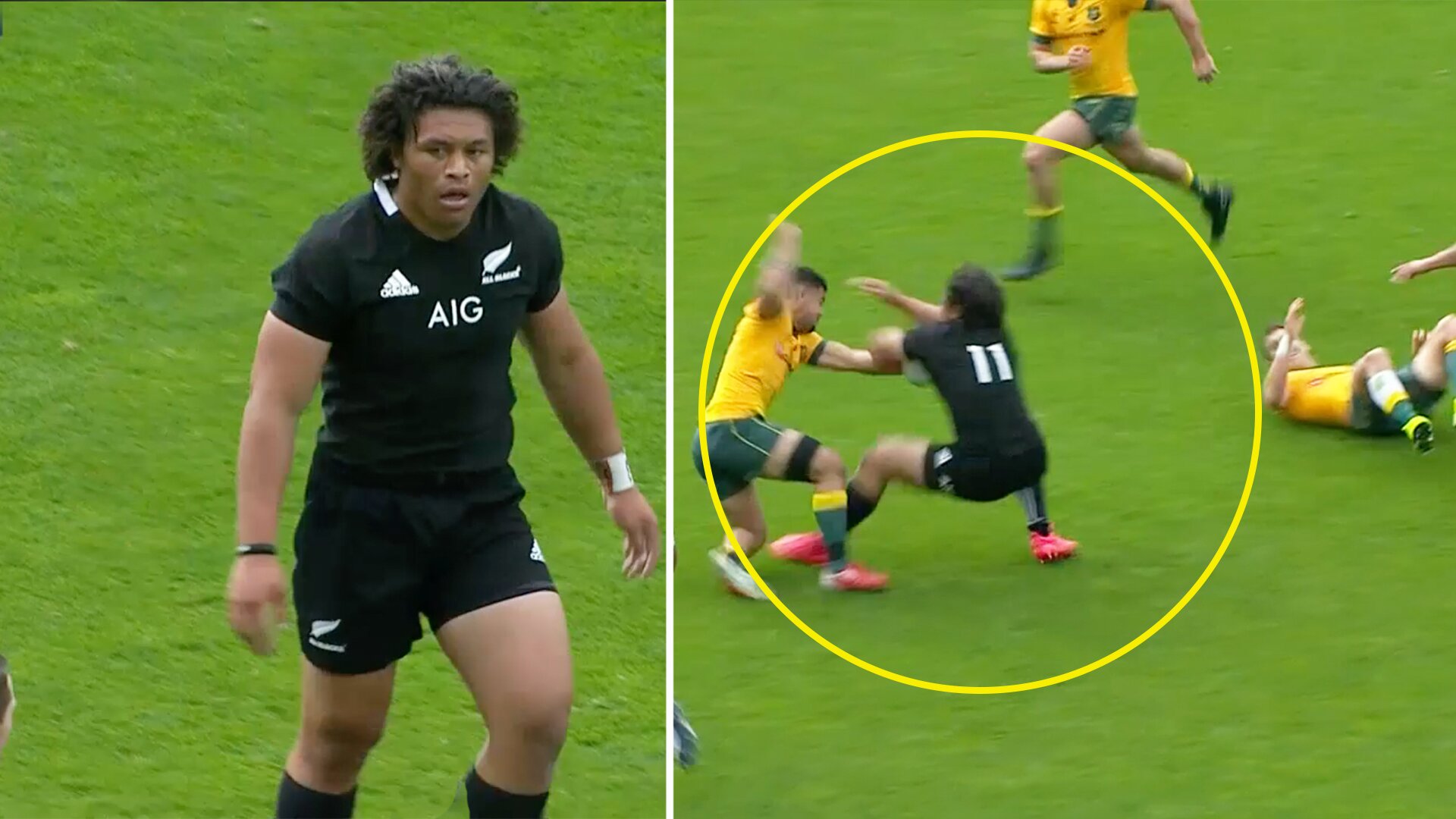 The All Blacks turned around the disappointment of last weekend’s draw in Wellington to comfortable beat the Wallabies at Eden Park – it was Caleb Clarke, however, who stole the show.

The 21-year-old Blues winger has for months now been touted as the next big thing in World Rugby and after last night’s performance against Australia, many fans are already likening him to the late Jonah Lomu.

Clarke terrorised the Wallaby defence at any opportunity with devastating solo runs from seemingly any position on the pitch. This bump-off in the opening quarter of the match showed his  immense power with ball in hand.

So this guy Caleb Clarke is quite good… pic.twitter.com/uvH13deiot

The young winger was exceptional all night but it will be this sensational run in the lead up to Ardie Savea’s second half try that this game will be remembered for. We watch as Clarke takes the ball from deep and we hear the commentator stating, ‘you don’t want to be kicking to this fella’ The Wallabies very soon found this to be true.

Fans were raving about this special performance from Caleb Clarke as the young winger started to trend on social media.

Ian Smith on Caleb Clarke’s performance, “I reckon he’s one, one, busting run away from taking Jacinda off the front page. That’s how good he was.”

Caleb Clarke is the Jonah Lomu of our generation.

Caleb Clarke is going to be the worlds best winger in a few years. What a player 🔥

Clarke is the son of former All Black Eroni Clarke. We see him here in the crowd as his son is interviewed after the match.