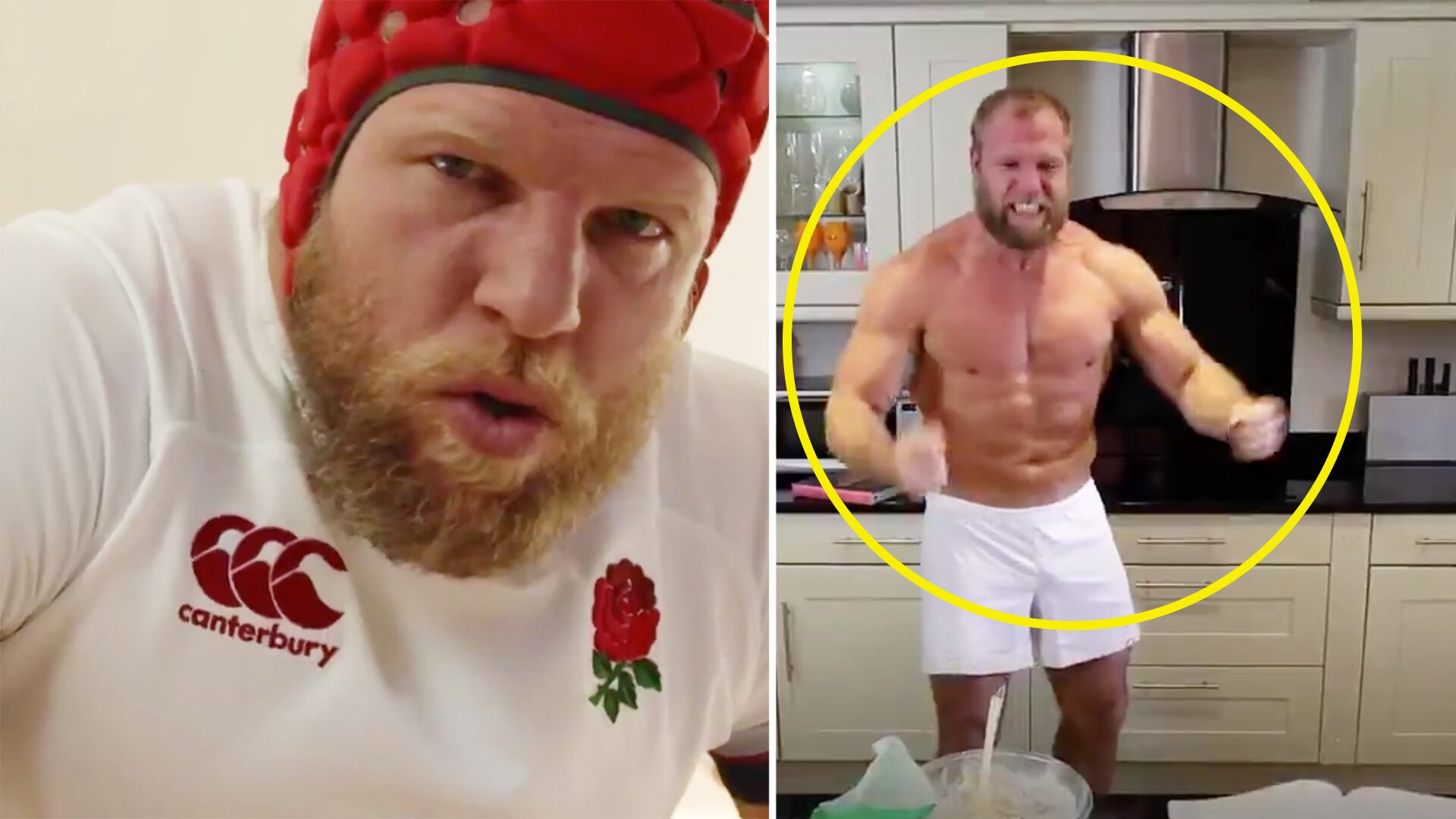 Fans have responded with bemusement and confusion after the latest video stunt from former England international James Haskell.

This new clip surfaced online today with the popular sports personality and it’s got fans talking. Has he completely lost the plot here?

The footage starts with the Wasps flanker gearing up in full England kit to the background melody of God Saves the Queen.

He then starts to reel off as many ‘Hask’isms’ as possible – starting off with searching through his phone to land on Owen ‘best friend’ Farrell. Blimey, this is good stuff.

The king is dead!🙀 long live the king!!!!🔥🔥🔥🔥👍🏻 For those wondering about our podcast. We have big news tomorrow so watch out for an announcement on my social channels. There are huge changes all around, but all for the better. Lets put it this way, same choir different cathedral. Get ready!😍😍

The scene then quickly cuts to Hask in his kitchen before receiving a call from ‘Payno’ who is calling to get the podcast gang together.

This announcement comes as the formerly known, House of Rugby, trio of Alex Payne, James Haskell and Mike Tindall reunite under a new name – ‘The Good, The Bad and The Rugby’.

Watch the bizarre new video below

The wait is over! The band are back together for something bigger and better than you have seen before. Subscribe now on all your favourite free platforms to our new podcast @goodbadrugby
Link in my profile https://t.co/uWdFmq3Wjq @AlexPayneTV pic.twitter.com/pjT9saIY2o

Saracens have confirmed its squad for the remainder of the 2019/20 campaign and the 2020/21 Championship season. Fourteen senior players have signed new contracts beyond the 2020/21 season.

🗞️ Saracens is pleased to confirm its squad for the remainder of the 2019/20 campaign and the 2020/21 Championship season.#TogetherSaracens ⚫️🔴

Scotland wing Sean Maitland and fellow flyer Alex Lewington have both extended for two years while lock Callum Hunter-Hill made his move from Edinburgh Rugby permanent, signing for three years

Academy graduates Dom Morris and Ralph Adams-Hale have committed themselves until 2022 and 2023 respectively, and five further players pledged their future to the Men in Black before heading out on loan.

Ben Earl and Max Malins re-signed ahead of joining Bristol Bears for a year and Nick Isiekwe signed for Northampton Saints on a season-long loan after agreeing a new deal until 2024.

Wales centre Nick Tompkins will continue his international ambitions with a campaign at the Dragons and fellow midfielder Alex Lozowski will play in the Top 14 with Montpellier.