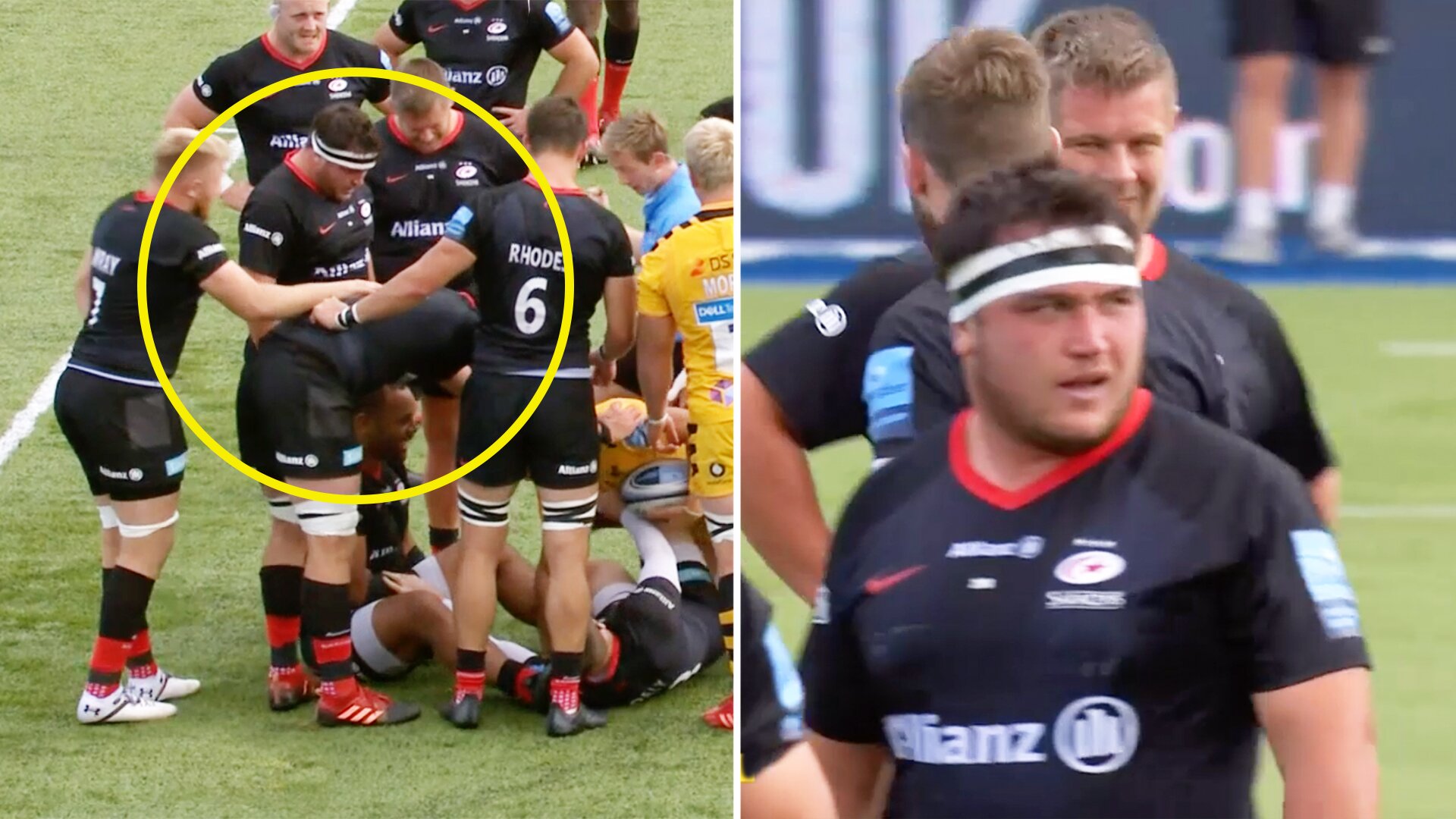 There were ugly scenes in the Gallagher Premiership with this unsavoury confrontation between England hooker Jamie George and Wasps winger Josh Bassett.

The Midlands side had surprised everyone as they controlled the first half at Allianz Park and things were clearly getting the best of Jamie George and some of the Saracens star men.

We see as Owen Farrell boots a 22 drop out long downfield into the hands of Wasps winger, Josh Bassett, who is hit with a thumping tackle on halfway by Elliot Daly.

He gets pinned in the bottom of the ruck and is penalised for not releasing on the floor.

We hear a wall of cheering, whooping and back-slapping, led by Jamie George and Billy Vunipola. Things then turn nasty as we hear a fierce exchanging of words between the England number eight and Bassett on the floor.

The ref mic picks up this savage verbal tirade from George as he stands over the ruck right in earshot of the referee and his microphone.

Jamie George and Billy V dishing out a verbs tongue lashing in the direction of Josh Bassett pic.twitter.com/FLLQdGeGmz

George was not made to leave the field even though he was in such close proximity to the referee, he saw fit only to reverse the penalty in Wasps favour given the serious nature of the ‘sledging’.

This unsavoury episode isn’t the first time that the England hooker has been involved in verbal disputes as we remember a high profile bust up from earlier in the season between him and the Munster team.

Jamie George has form for these kind of altercations

Jamie George is heavily touted to be on the Lions tour next summer with many predicting the Saracens man to bag himself a starting place in the three-match test series.

As a senior player in that touring side he will have to improve his game-day temperament if he’s to get the better of the Boks in 2021.