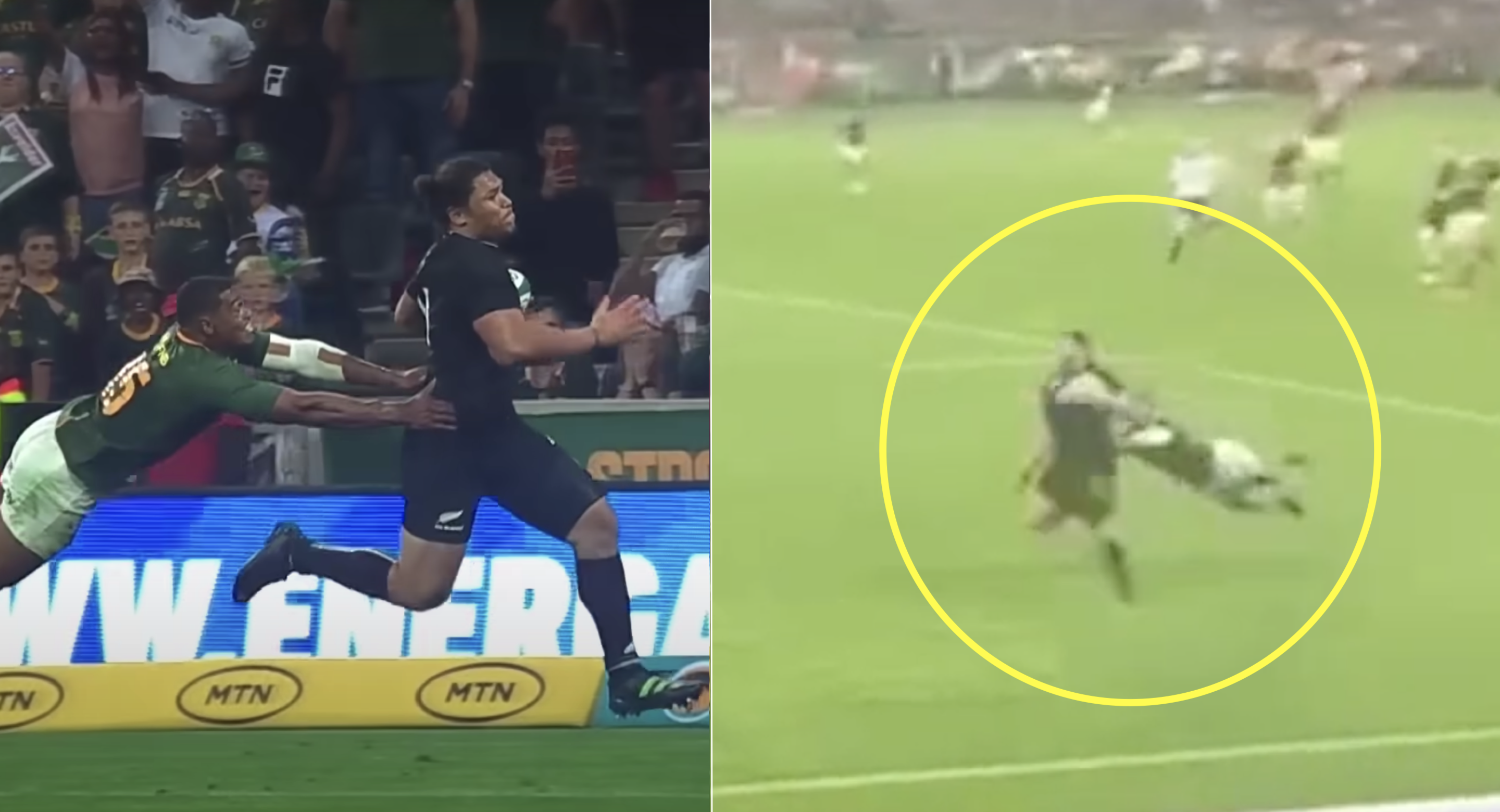 We are only two rounds into the Rugby Championship this year, but it is unlikely that anyone is going to produce a tackle better than Damian Willemse’s on Caleb Clarke in South Africa’s first Test against the All Blacks in Nelspruit.

The Springboks fullback seemed to defy every law of physics that there is to drag down the All Blacks winger down as he stormed towards the line, particularly a grip that could crush diamonds to hold onto his shirt.

Now a unique view of the tackle has been shared online, which came from a fan in the crowd just metres in front of the action taking place, and it makes the tackle look even better as the 24-year-old leapt throw the air to stop his opponent.

Here was the television view of the tackle:

Willemse has since been selected in the Springboks squad to face Australia next week after impressing in the opening rounds of the Championship.