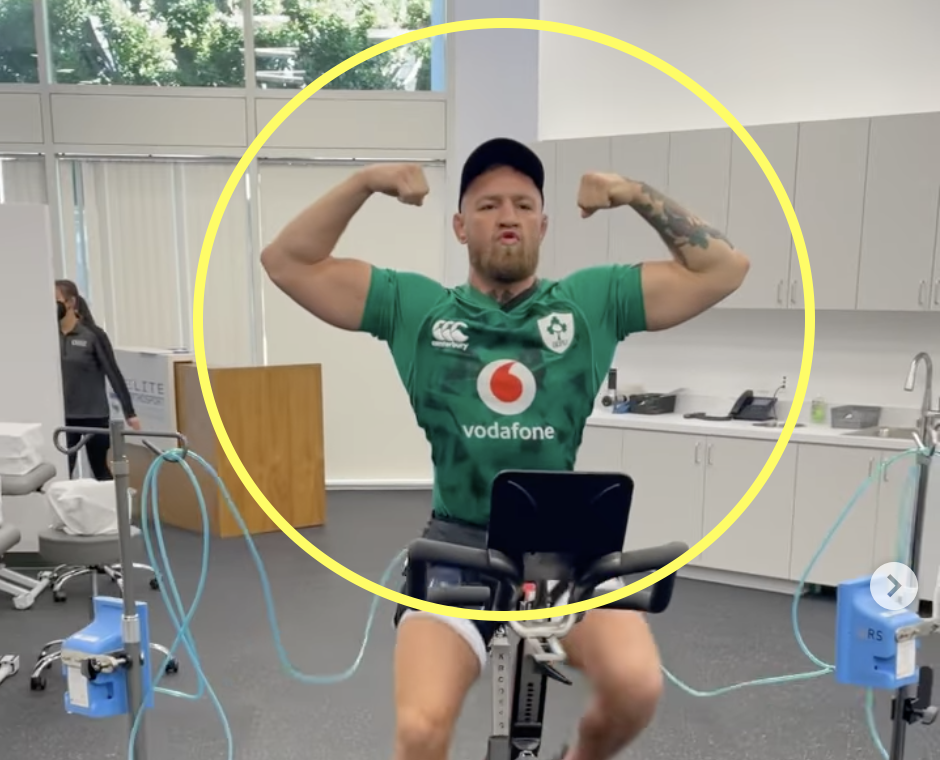 Perhaps it was seeing Jordie Barrett produce a flying kick recently which inspired him, or maybe it was seeing how much scrum-haves chirp throughout a match, but UFC superstar Conor McGregor looks to have made the switch to rugby.

As Ireland head coach Andy Farrell announced his 50-man squad for a one day camp, the former UFC featherweight and lightweight champion shared videos and photos of what looks like a medical ahead of his IRFU deal. He is expected to rival Conor Murray for the No9 shirt, or at the very least will talk on the field as much as his namesake.

Fresh from Ulster’s landmark signing of World Cup winning No8 Duane Vermeulen, the Irishman has stolen the headlines once again. This was his post:

Ahead of an autumn where Ireland face Japan, the All Blacks and Argentina, Farrell named 50 players that will assemble for one day at the IRFU’s High Performance Centre at the Sport Ireland Campus in Dublin. ‘The Green Machine’ was not originally named in the squad but is expected to team up soon, fulfilling roles as a player and kicking coach. This is the squad: