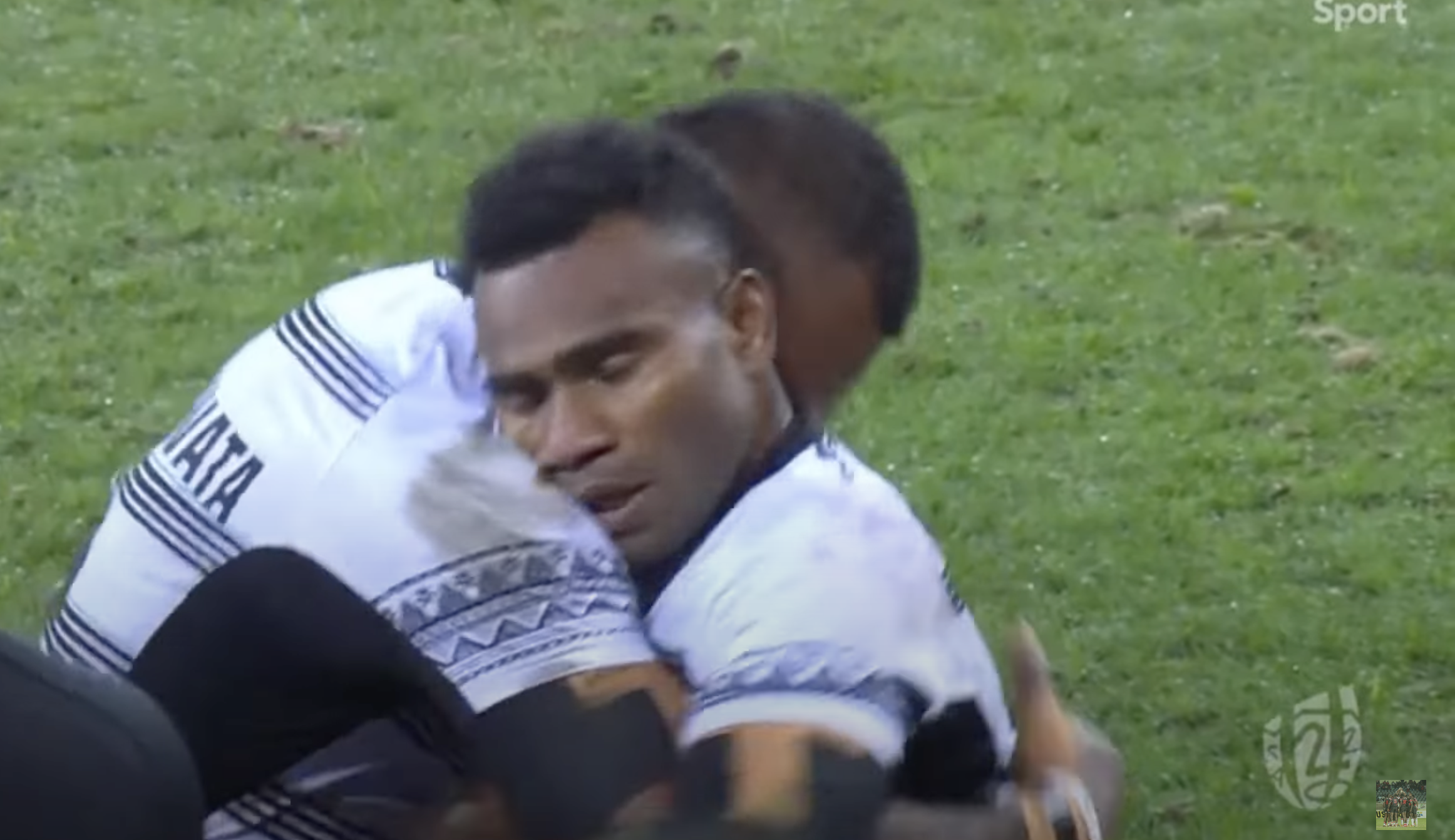 Fiji men won their third World Cup Sevens over the weekend, beating New Zealand 29-12 in the final to tie level with them with total World Cups, three.

It was a final and tournament full of Fiji at their best, but there was a moment late in the final where they showed their true class. The moment came with 25 seconds left on the clock, with New Zealand’s Lewis Ormond limping off the field while his side trailed 24-12. But as he was struggling to walk, Fiji’s Jerry Tuwai and Filipe Sauturaga ran over to help him off the field. This is something you won’t see in many other sports.

In the middle of the chaos.

Jerry Tuwai and Filipe Sauturaga who had both just been subbed, helped an injured Lewis Ormond off the field.

There was nothing to gain from either player doing this, but it just shows what a classy outfit Fiji are. As soon as play resumed with a Fiji scrum just under New Zealand’s posts, they swiftly scored the final try of the match. Take a look:

“Obviously, I knew it was a big year coming in,” said Fiji head coach Ben Gollings after the match. “We had two main objectives – Commonwealth Games and World Cup – and we fell just short with the Commonwealth Games. But we knew what we had left in the tank and the ability to win this tournament and for the team, it’s been brilliant because it is 17 years since Fiji last won it. It is huge for Fiji.

“These boys have been fantastic this whole week. They set themselves a goal and they came and finished the job this evening, and it was just incredible.

“For us, it was about managing these very long days and the players did that brilliantly.

“It is not easy spending the whole day getting ready for 14 minutes of rugby, so that was a huge positive for us.

“And the balance within the team was positive. We had the ability to put any seven out on the field and we knew they would do what they needed to do.

“They’ve worked hard and they deserve everything they have done today.”