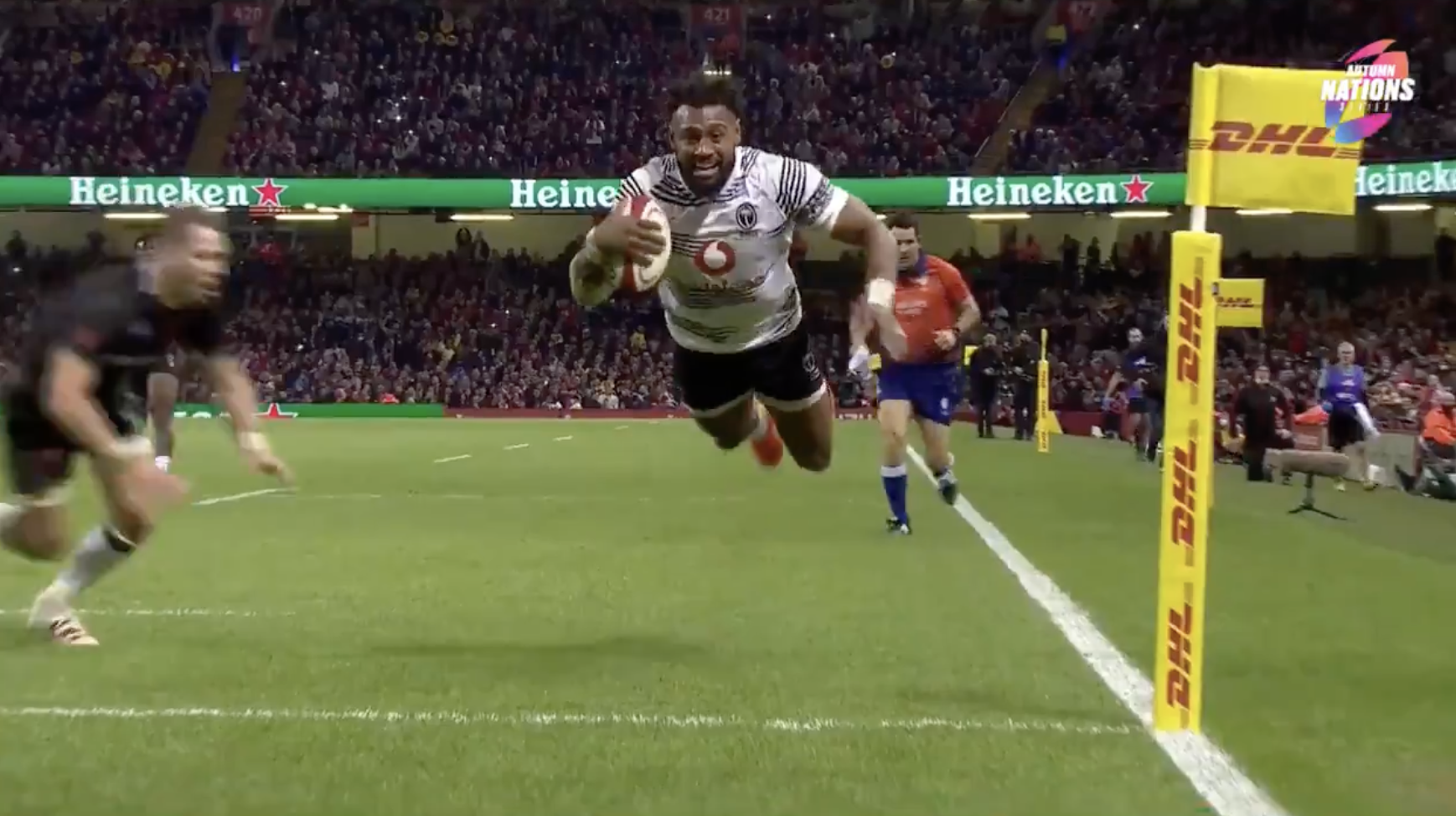 Fiji may have left it just too late to make it onto the shortlist for men’s try of the year in 2021, but Waisea Nayacalevu’s second score against Wales on Sunday looks to be the people’s try of the year.

The Fijian centre dotted down in the corner of the Principality Stadium less that 24 hours before the shortlist for the World Rugby award was announced, and though he may have been too late, many people of Twitter have said that this was the true try of the year. That is understandable, as fullback Seta Tuicuvu saw a slight bit of space in the Welsh defence and launched an attack from his own 22 to produce one of the best tries the stadium has seen.

A slow motion version of the try has also been shared for good measure:

Fiji ultimately came up short against Wales on Sunday, although the 38-23 scoreline flatters the hosts as they pulled away in the final ten minutes. Before then, Fiji had led for much of the game despite being down to 13 men at some stages.

They will hope to put that loss behind them this Saturday when they take on Georgia at the Estadio El Deleite in Madrid.