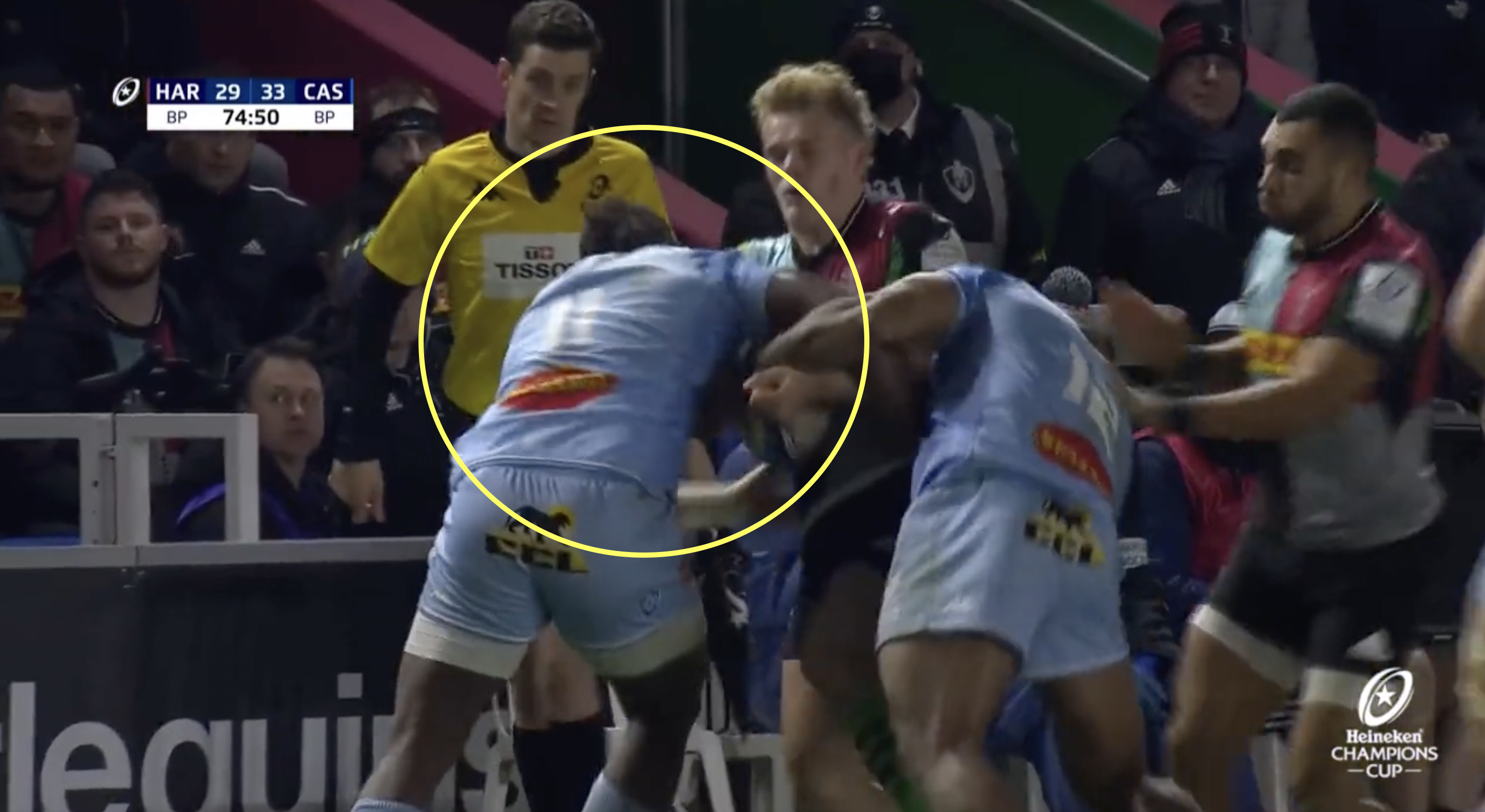 Though Castres failed to make it to the round of 16 in the Heineken Champions Cup this season, that is not to say that they did not cause plenty of damage while trying, as winger Filipo Nakosi treated the four rounds they played as a chance to marmalize as many players as possible.

The Fijian’s exploits with ball in hand have been well documented this season, whether it was punishing Harlequins’ loose kicking in round one, leaving a string of Munster would-be tacklers on their backside in round three or once again tormenting Quins in round four, both sides will be glad to have seen the back of him. However, he is equally as terrifying in defence as well.

Quins wing Louis Lynagh will certainly attest that it is not a nice experience having to stand opposite Nakosi, and there is absolutely no respite. Lynagh may have thought that running into the Fijian was surely not as bad as the Fijian running at him, but he was proved wrong at the Stoop last Friday as Nakosi, alongside his centre Andrea Cocagi, smashed him unceremoniously into touch.

Here are more cases of Nakosi wreaking havoc this season in the Champions Cup:

If there's one thing I've learned from watching rugby, it's that Fijians + space = rugby magic.

Filipo Nakosi first makes beating defenders look like going for a morning jog, before passing inside to winger/flanker (he really does play both) Josaia Raisuqe#COHAR #ChampionsCup pic.twitter.com/QIuFDYcQDH