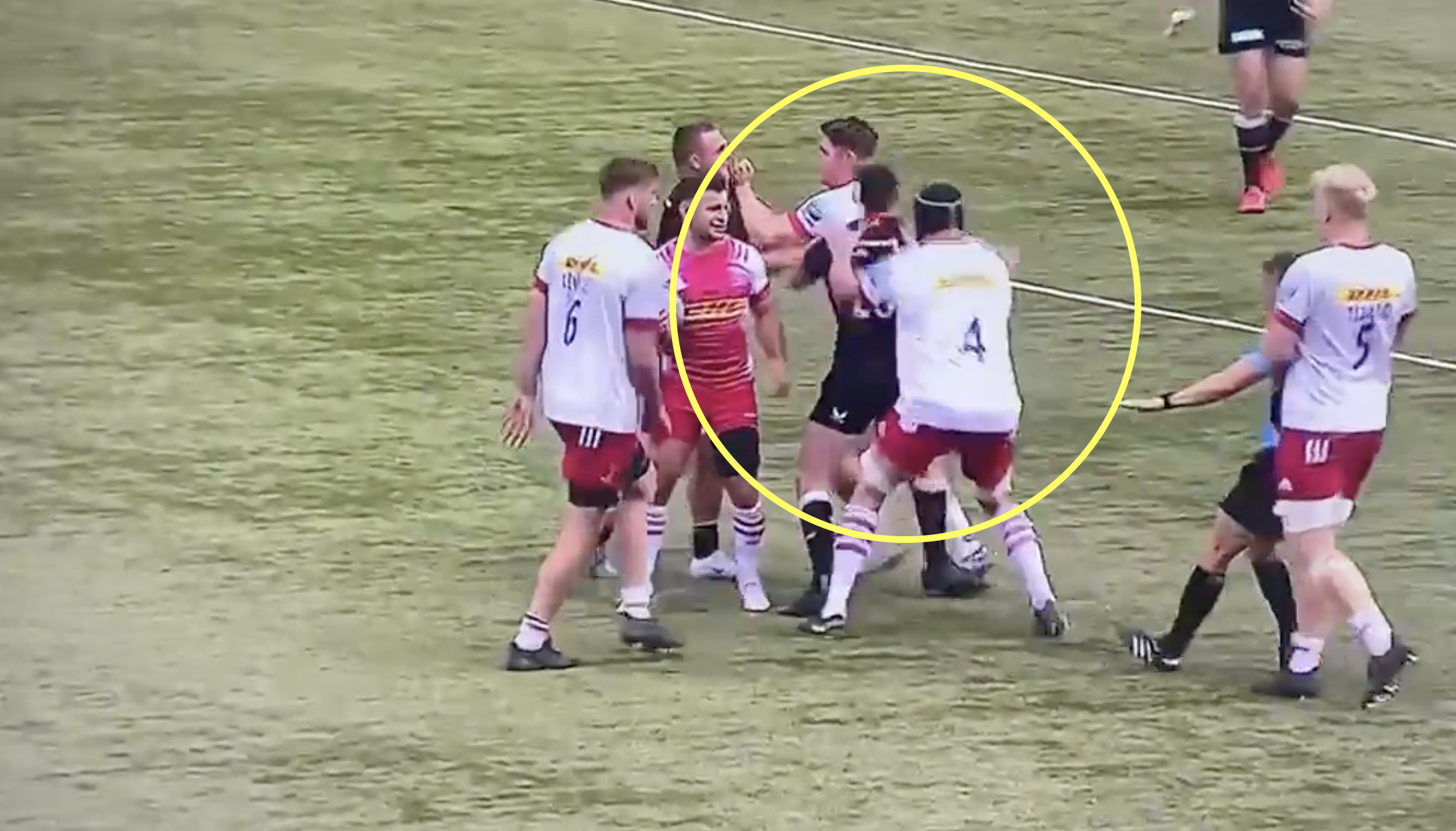 Harlequins lock Matt Symons’ career may now be over, but he made sure he got one parting shot in his final game against Saracens on Saturday in the Gallagher Premiership semi final.

The 32-year-old was embroiled in the almighty brawl on the hour mark at the StoneX Stadium, and some eagle eyed viewers have noticed what happened after he grabbed hold of Owen Farrell. Grabbing the fly-half from behind, it looks as though Symons threw a punch and the England captain, which resulted in both players falling to the ground.

Nothing has come of any of the incidents during that match, despite it being quite a heated affair. However, even if Symons were cited, it is hard to know what would have happened as he had already announced his retirement at the end of the season. Quins’ loss therefore ended his career, and it is quite hard to ban a player that is no longer playing.

The former Wasps and London Irish second row announced his retirement in April, saying: “I think there comes a natural time for every rugby player to hang up their boots, and I feel fortunate to be able to make that decision on my own terms.

“I’m incredibly grateful for the opportunities I’ve been given through professional rugby. It has given me the chance to live out a childhood dream and meet some fantastic people. I’m now really excited to shift into a new working environment, where I can hopefully add value using some of the skills developed through elite sport.

“Winning the Premiership here with Harlequins last season is my most cherished rugby memory. Overall, from the journey to New Zealand and finishing up back in London, I’ve been very lucky.

“Thank you to everyone that played a part, however small, in my career. A special mention must go to my wife (Tash) and mum (Sharon) for their unwavering support.

“I’m grateful to be able to put my all into the remainder of the Premiership season here at Quins with a title defence on the line.

“This is a special group that can and has done incredible things. I’m glad to be able to push for one more trophy before I bow out.”

Remarkable to me that Quins 4 Symons’ two punches on Farrell were neither investigated or commented on for the dual scuffles 56 minutes in pic.twitter.com/bfDygoA6NB