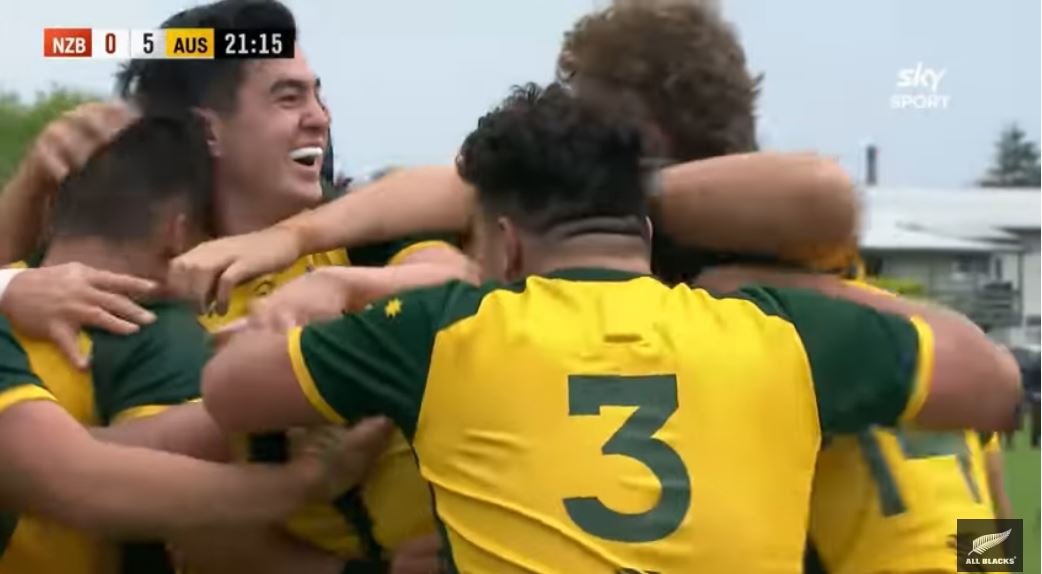 Catch all the highlights from the match between the New Zealand Barbarians Schools and the Australian Schoolboys side.

Australia had an 18-point lead early in the second half but the home side fought back to be in with a chance late in the game.

Otago Boys’ High School’s Michael Manson was a standout for the Barbarian Schools team, scoring two tries and proving to be elusive with ball in hand. Fullback Tepaea Cook-Savage (St Paul’s Collegiate) also crossed for a five-pointer and was solid as the last line of defence.

Coach Gus Leger said he was proud of the effort of his team and the freedom they played with.

“The way the team played was right in the spirit of Barbarians rugby, we certainly wanted to win and while we didn’t achieve that we fired some good shots.

“Our focus today was around effort and bringing an excitement to the match. I think the biggest work on heading into Friday’s game will be execution,” said Leger.

The New Zealand Schools team got off to a winning start with a 43-8 victory over Fiji Schools.

The home team conceded an early penalty to Fiji but for the remainder of the first half it was one way traffic, with four first half tries.

Anton Segner, who captained the Nelson College 1st XV in 2019, was a dominant force both on attack and defence.

In the second spell it was the injection of Blair Murray (New Plymouth Boys’ High School) from the bench that lit up the game with two impressive tries. Wrampling also added to his tally, making it a hat trick of tries in the black jersey.

Forced to defend for long periods of the half, New Zealand Schools were up to the task for the most part, conceding only one try to the Fijians.

Coach Mark Hammett said it was a good outing from his team.

“I enjoyed the tempo the game was played at, our set piece was good and in general our line speed and defence was solid.

“The Fijians bought a physical attitude to the break down and that gives us an area to work on ahead of the next game.

“We are looking forward to the challenge against Australia, they were good over the ball in their match and look like a well organised team so it will make for a big game,” said Hammett.

The teams have three days to recover and prepare before matches on Friday.