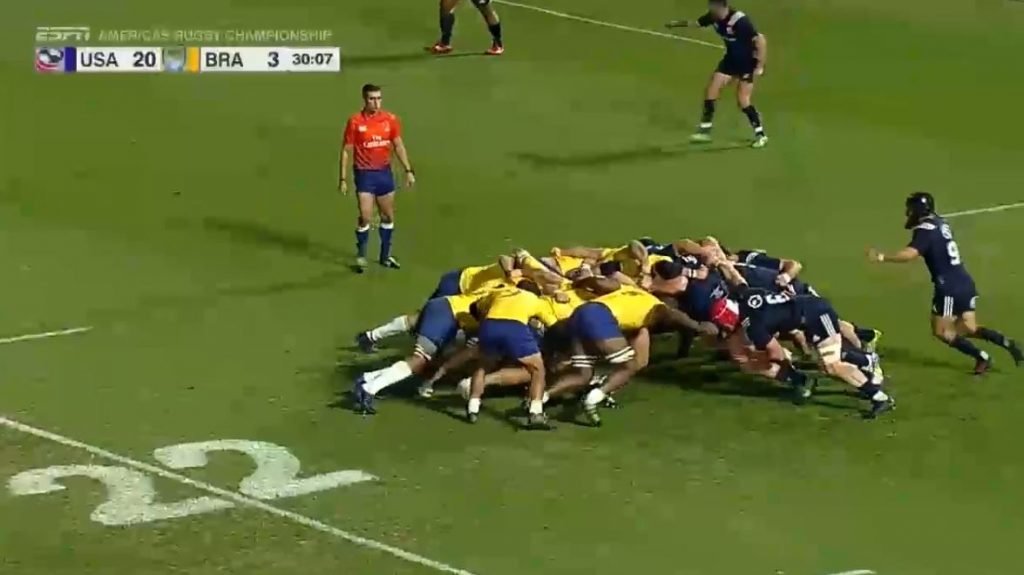 FOOTAGE: Brazil’s scrum is striking the fear of god into opponents and is the talk of world rugby

While the Six Nations and Super Rugby dominate the rugby headlines currently, there are other competitions going on, one of which is the Americas Rugby Championship.

Last weekend saw Brazil travel to take on the USA in Texas. Brazil had already beaten World Cup qualifiers Canada this year, and were hoping to take another scalp of a team competing in rugby’s showcase at the end of the year.

One thing that stood out more than anything in that match was the power of the Brazilian scrum.

This is what happened:

While Brazil may not have got the victory against the USA, losing 33-28, they certainly displayed a ferocious scrum, that was tearing through the opposition at will.

Brazil aren’t readily associated with rugby, but with scrummaging like that, they’ll make a name for themselves.