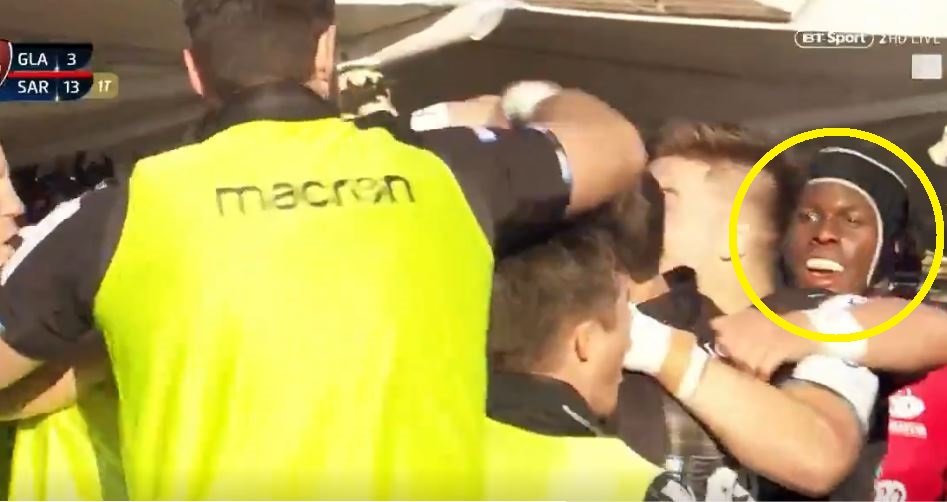 Has Maro Itoje turned to the darkside?

The ref pings Glasgow as they make it over Saracens the tryline to score. Tragically the Glasgow players don’t hear it and start celebrating wildly.

Itoje, who is known for being a bit of an ‘ironic clapping’ merchant and a celebrater of turnovers, see his opportunity and joins in the celebration.