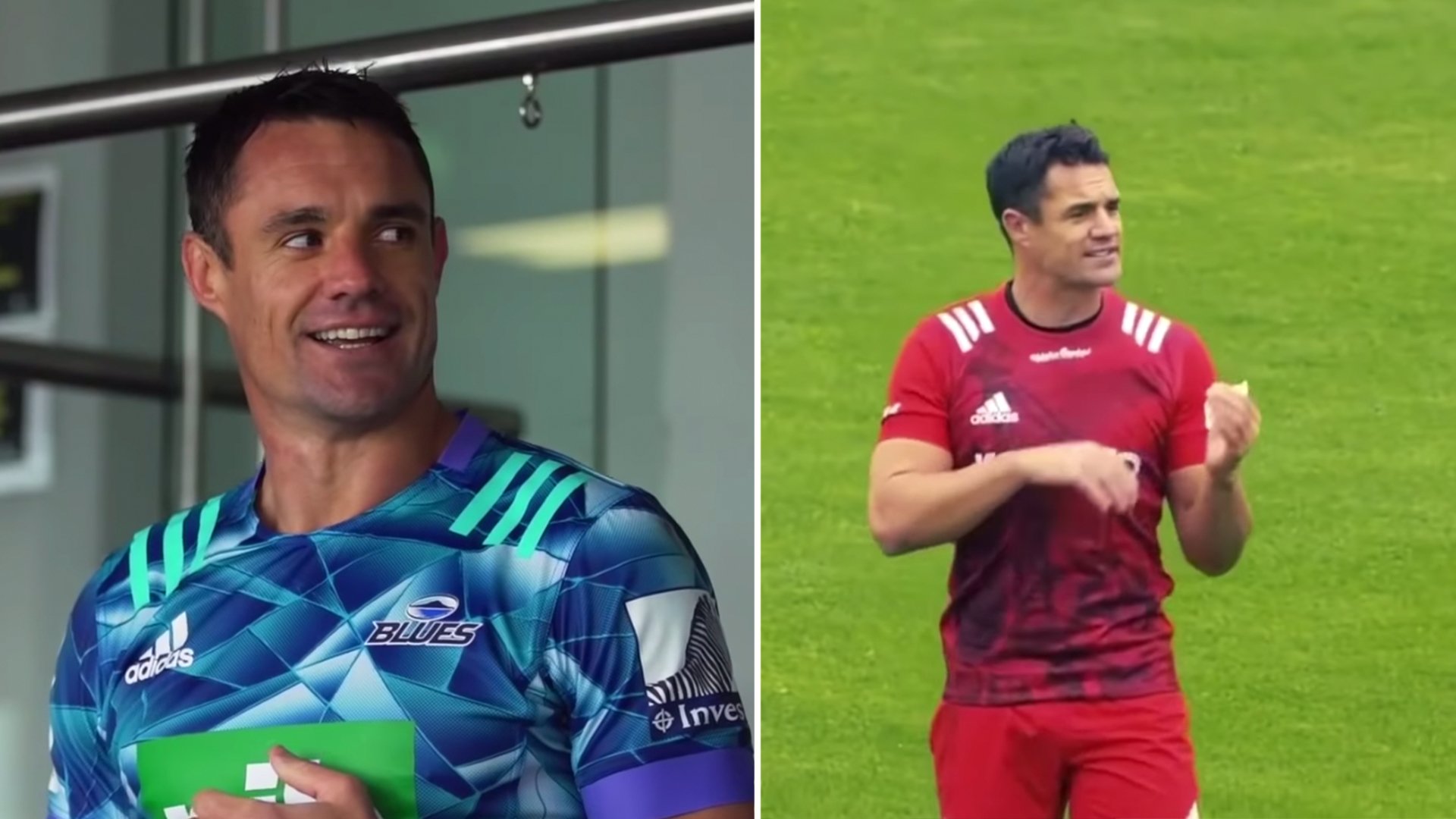 Many rugby fans will now know the news that All Black legend Dan Carter is now going to be playing rugby Super Rugby for the Blues in the new  Super Rugby Aotearoa. Footage of Dan Carter playing in Japan shows just how good he is now.

The news has rocked the rugby world with fans going crazy at the prospect of Dan Carter being reunited with former Hurricanes star Beauden Barrett.

The Blues unveiled the star signing on their social media last night!

While a leaked WhatsApp message already spilt the beans that All Blacks legend Dan Carter would be joining up with the Blues for Super Rugby Aotearoa, the club have now officially confirmed that they’ll have the 38-year-old playmaker on their books for the remainder of the year.

Beauden Barrett was the big-name signing made by the Auckland team for the 2020 season but even he has yet to suit up for the Blues this year due to an early-season sabbatical.

Carter is now 38-years-old, and some rugby fans would be right to question whether he still has what it takes to play at the top level in rugby.

Dan Carter played for the Kobelco Steelers last season in Japan and he played exceptionally well at 10 for that team. The All Black legend played alongside Crusaders lock Brodie Retallick for that team.

In one of the games he was targeted throughout the match and still managed to score 18 points and two tries.

This man certainly still has it!

Footage of him playing against Yamaha earlier in the season has gone viral again. This is the kind of rugby that we can expect from him for the Blues!

The Blues have kept an open dialogue with Carter for some time now and an injury to Perofeta, who has found a home at fullback in 2020,  may have fast-tracked the chance to sign Carter on a replacement contract.

Carter won’t be ready to play next week when the Blues open their competition against the Hurricanes at Eden Park.

“I have not played for several months so it will be a number of weeks before I will be ready to be considered to play. And then only if form warrants it.”