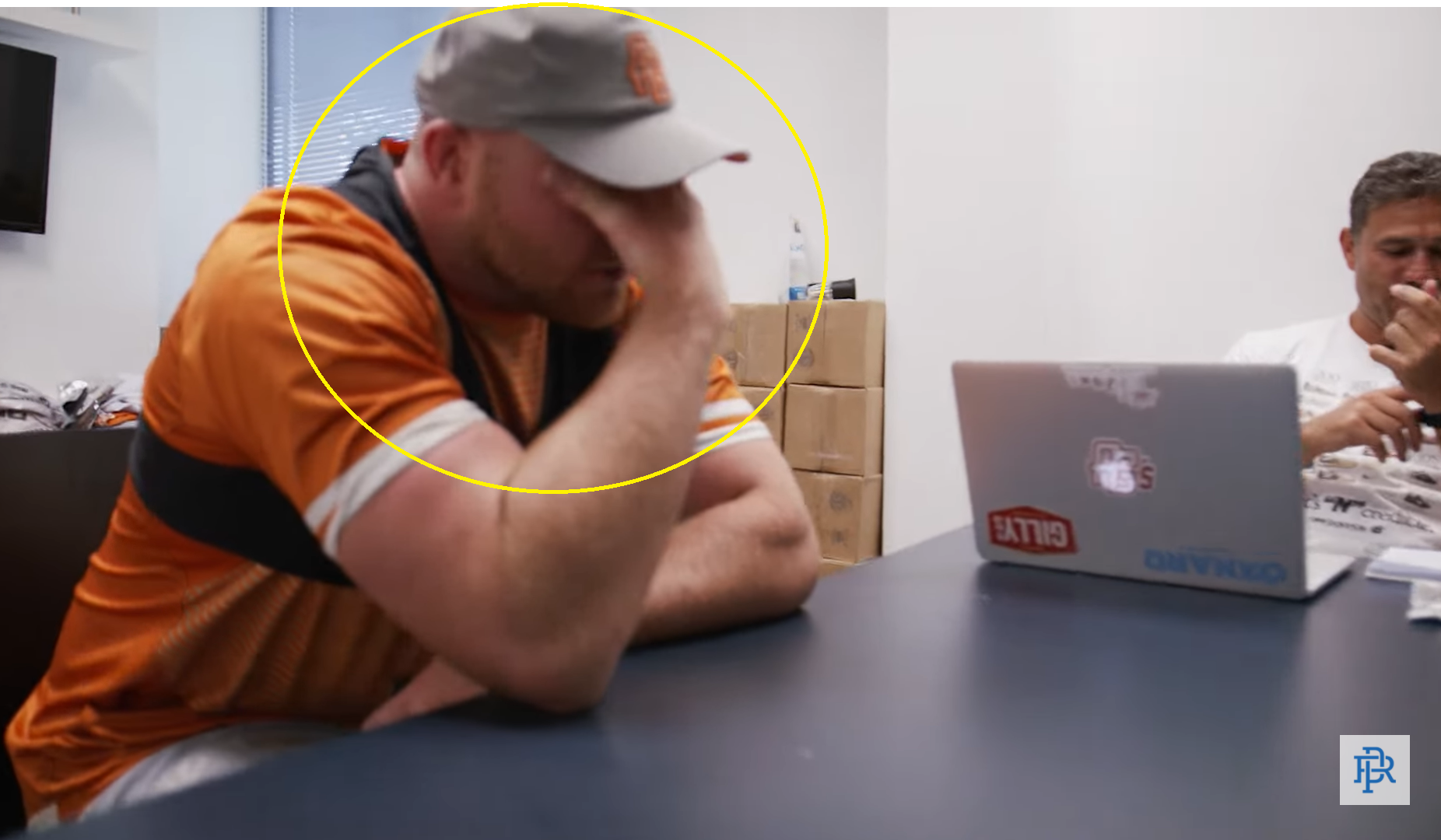 Heartbreaking footage of rugby players getting cut by their coach

Rugby fans got a view of one of the cruellest parts of professional rugby in episode one of ‘Inside The Scrum – Austin Gilgronis’ recently, which saw head coach Sam Harris having to cut members of his squad.

The Austin Gilgronis have made a perfect start to the Major League Rugby season, wining their opening two matches against the Dallas Jackals 43-7 and Old Glory DC 57-12.

But before the season even starts there are some pretty hard moments for the coaches, as shown in the video, which says: “AG Rugby team allowed unfettered access to “Inside the Scrum” as the team chased the elusive MLR Championship Shield. The docuseries centers around the intense sport of rugby, featuring Head Coach Sam Harris, a proud Aussie who took over the team that had won just a single game in two years, as well as Jamie Mackintosh and Conner Mooneyham, two of the most important and talented players on Austin’s team.”

The Gilgronis take on the Utah Warriors tomorrow, and have listed the players to look out for:

Marcel Brache
“Brache was electric this past weekend, and earned Guaranteed Rate Man of the Match after setting up two tries before scoring a try of his own. If the AGs can continue to get the ball to Marcel Brache in space the league will be on notice.”

Jake Turnbull
“Turnbull has never been one for the highlight reel, he’s a guy that packs down hard in the scrums and gets through work at rucks around the pitch. But through the first two matches Turnbull has two tries. He’s looking fitter than ever and getting himself into great scoring positions, watch out for Turnbull to go three from three. Lastly, the AGs will need Turnbull to scrum harder than ever because he’s coming up against a powerful Utah front row.”

Isaac Ross
“Since joining the AGs in week three last season, Isaac Ross has proven to be one of the best lineout jumpers in the league. No one can forget the seven lineout steals Ross recorded against Seattle in 2021. Through the first two matches the Warriors have struggled at the lineout, which will have Isaac Ross licking his chops. Watch out for Isaac Ross to put together another lineout display this weekend.”