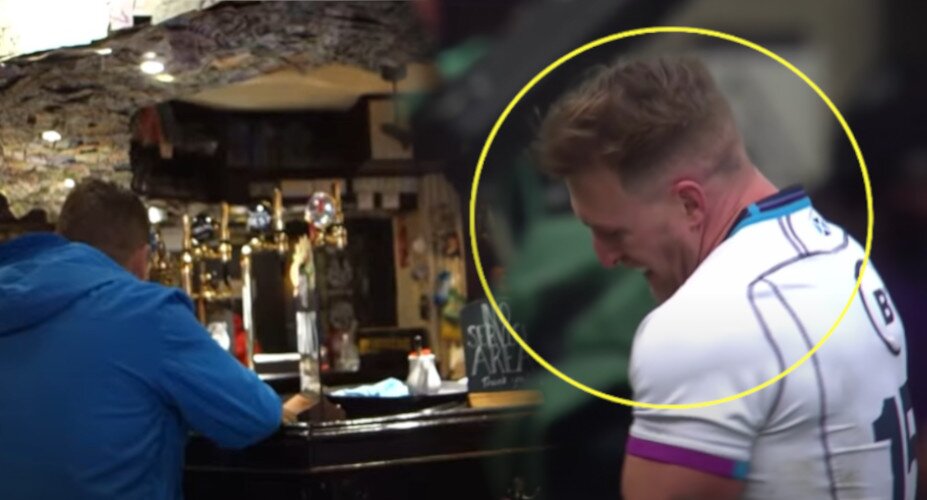 Six Scotland players were this week disciplined by head coach Gregor Townsend and co after they went out drinking it up in Edinburgh after flying back from their win in Rome over Italy.

“The players involved have been spoken to individually and those conversations and outcomes will remain private.

“Preparations for the match against Ireland this week have been good and the whole squad is fully focused on achieving a positive result on Saturday.”

Now Rugby Onslaught has been sent alleged footage of the incident sent on by a secret source in Edinburgh.

The uncorroborated footage shows three players ordering a drink at the bar and how the situation rapidly got out of control. It shows one Scottish player saying he didn’t want to ‘take a drink’, a move that upset the other players and the rest of the clientele at the bar in question.

Our fact-checking unit is working around the clock to make sure that the below footage is accurate.

Despite all this, Stuart Hogg once again captains the team from full-back with Edinburgh’s Darcy Graham on one wing and Glasgow Warriors’ Kyle Steyn selected on the other, following his starting role against Italy.