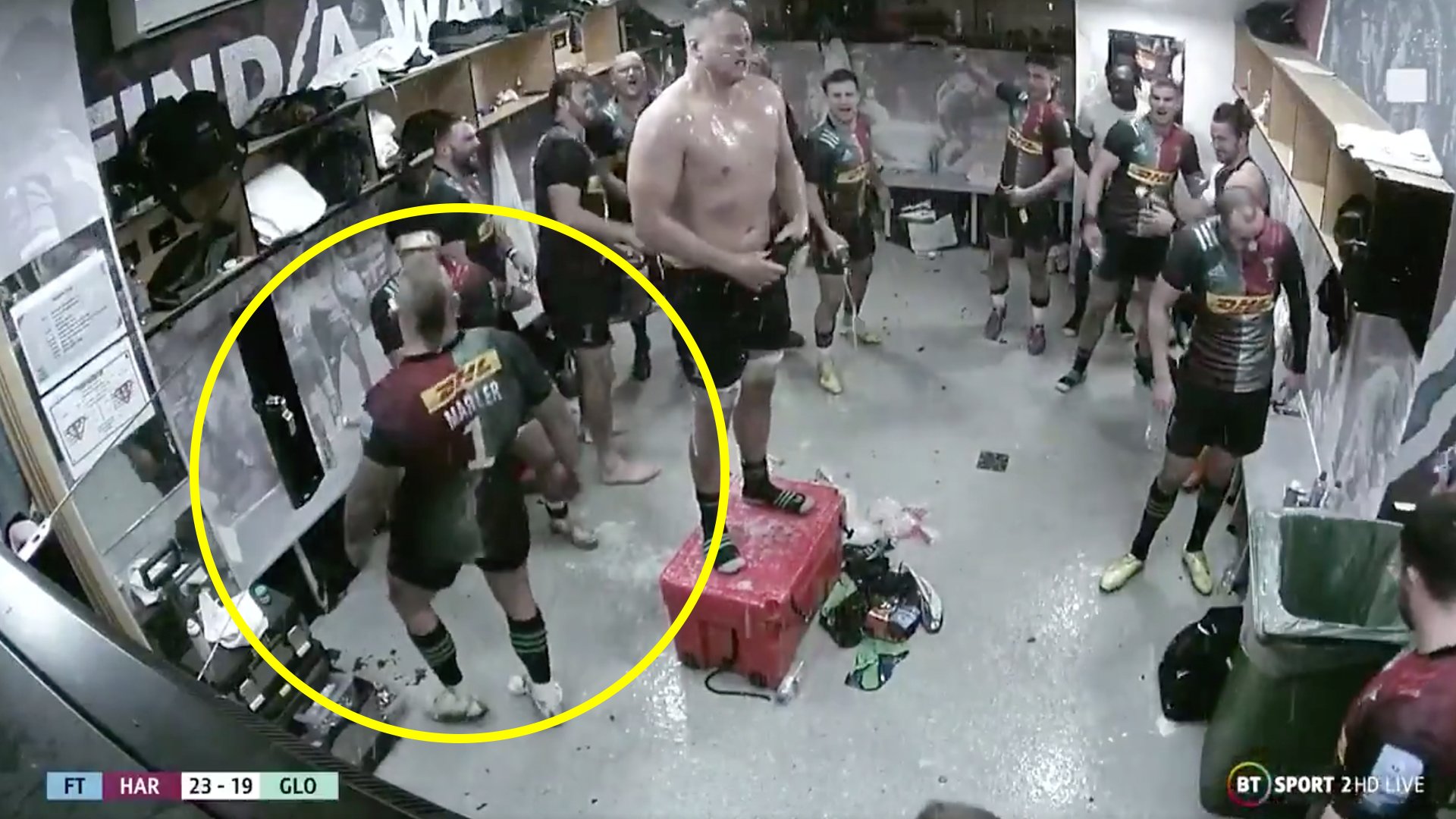 Footage has been released of the Harlequins changing room after their win against Gloucester today and it makes for some truly hilarious footage.

Joe Marler can be seen boogying on the side in this video as man of the match Alex Dombrandt pours champagne over himself in the middle.

Billy Twelvetrees missed a simple late penalty at The Stoop as Harlequins held on for a tense 23-19 victory over Gloucester.

Gloucester played the more attractive rugby and a first-half brace from Ollie Thorley gave the visitors reward for their efforts.

However, the Cherry and Whites were left ruing poor discipline that allowed Quins to claim only their second league win of the season.

A first-half try from Ross Chisholm and a second after the break from man of the match Alex Dombrandt, combined with two Marcus Smith penalties, gave Quins a 20-19 lead late on.

Up stepped Twelvetrees, on as a second-half replacement, in the closing moments looking to end Gloucester’s losing run that has now stretched to five games in all competitions.

But his simple penalty from in front was pushed wide in the wind of south west London and Smith showed him how it was done to put the icing on the cake.

The first opportunity of the game fell to Lewis Ludlow, who had a chance to go over in the corner in the opening five minutes and he would have if it were not for the sterling defensive efforts of Dombrandt.

It was the home side who took the lead though when Smith converted a simple penalty from in front of the sticks to make it 3-0 with 10 minutes gone.

Harelquins hold out well at the end of the game after a massive hit from their pacific islander Semi Kunatani.

Here is a video of the scenes in the changing room after the match, Joe Marler is a different breed…