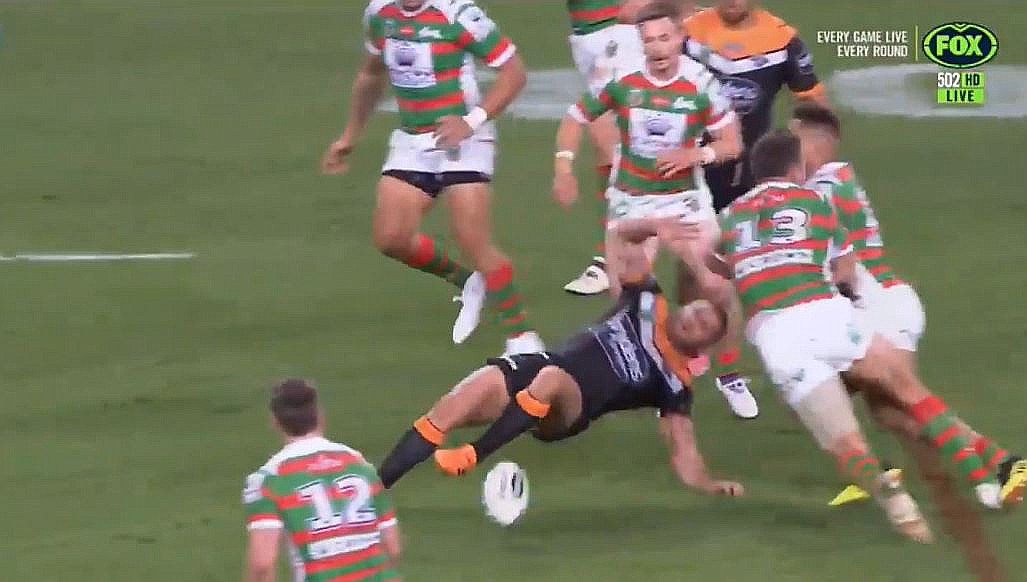 We must admit we don’t follow the NRL but we keep a constant eye-out for Union flop Sam Burgess, to see how he’s getting on in simplex 13 man jail rugby.

Burgess was put on report for this hit on former teammate Robbie Farah but no further action was taken (no, really). As you can hear, he had some choice words for him too.