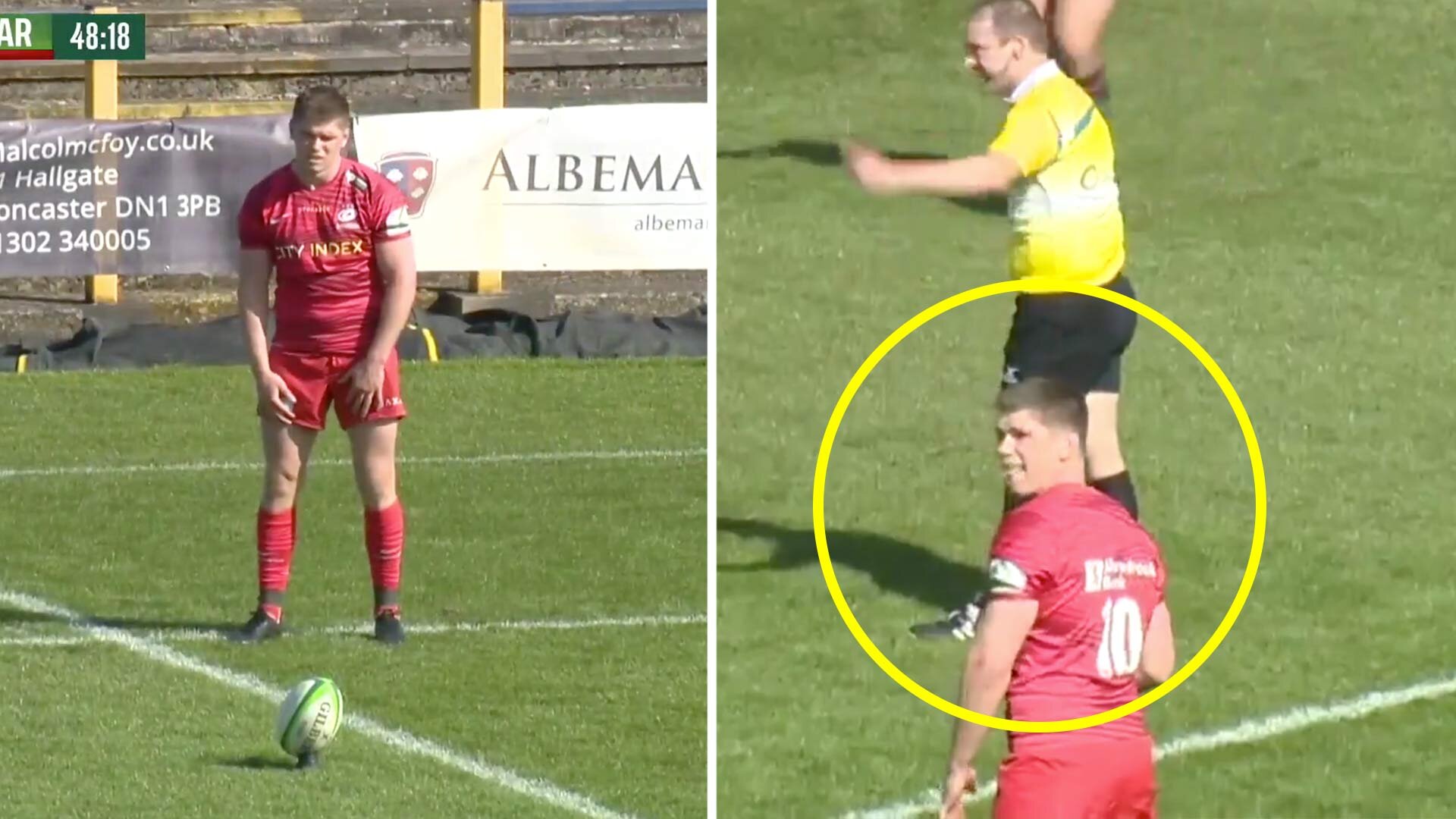 The rugby star has not as of yet played against any of the Championship teams because of things such as Six Nations duties, injuries or rest periods.

However, we finally got to see the England captain play in the second tier of English rugby this weekend as he helped his side thrash Doncaster in the IPA Greene Championship.

Farrell himself played very well, setting up multiple tries as he played in their red away kit.