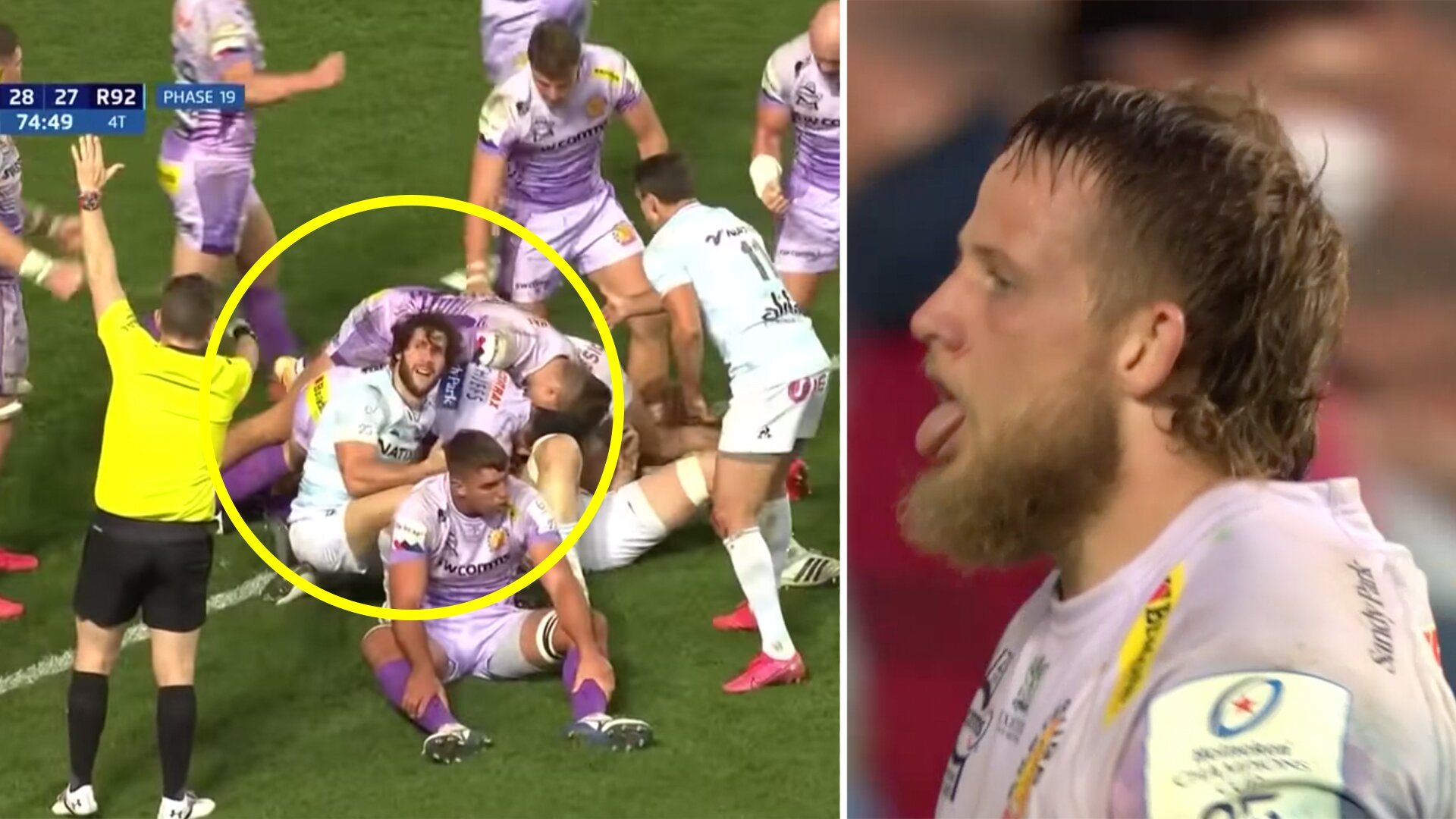 Exeter Chiefs will start this week as Champions of Europe after one of the best finals that we have ever witnessed in club rugby. The terrifying 3 minutes of Exeter defence can be thanked for that.

The men from Devon demonstrated exactly why they can be called the best rugby team in England after they narrowly beat the best team in France.

Rob Baxter could be seen beaming at his players after his team put in a world class defensive effort to hold out Finn Russell and his Racing team.

A key moment in the win was Exeter’s incredible defence, which was spearheaded by their lock Jonny Hill.

The second row was a man mountain in defence, and this huge hit on Racing’s fly-half was nothing short of brutal and it completely knocked the wind out of the Parisian team.

Russell was preparing himself to throw a wild pass which could have set up a try, however, Hill was ready and smashed the mercurial 10 before he make the throw.

Many will be hoping that the Englishman will be called up to the England squad to line up with the likes of Maro Itoje and Joe Launchbury in the second row.

England will need to finish their Six Nations campaign before they begin their Autumn Nations Cup campaign which they will be hoping to start strong against Georgia on the 14th November. Let’s hope it’s a great tournament.

This shows the incredible defensive effort that the Devon-based team put in for 3 minutes straight to help the team hold out the Racing 92 team who put in wave after wave of attacks.