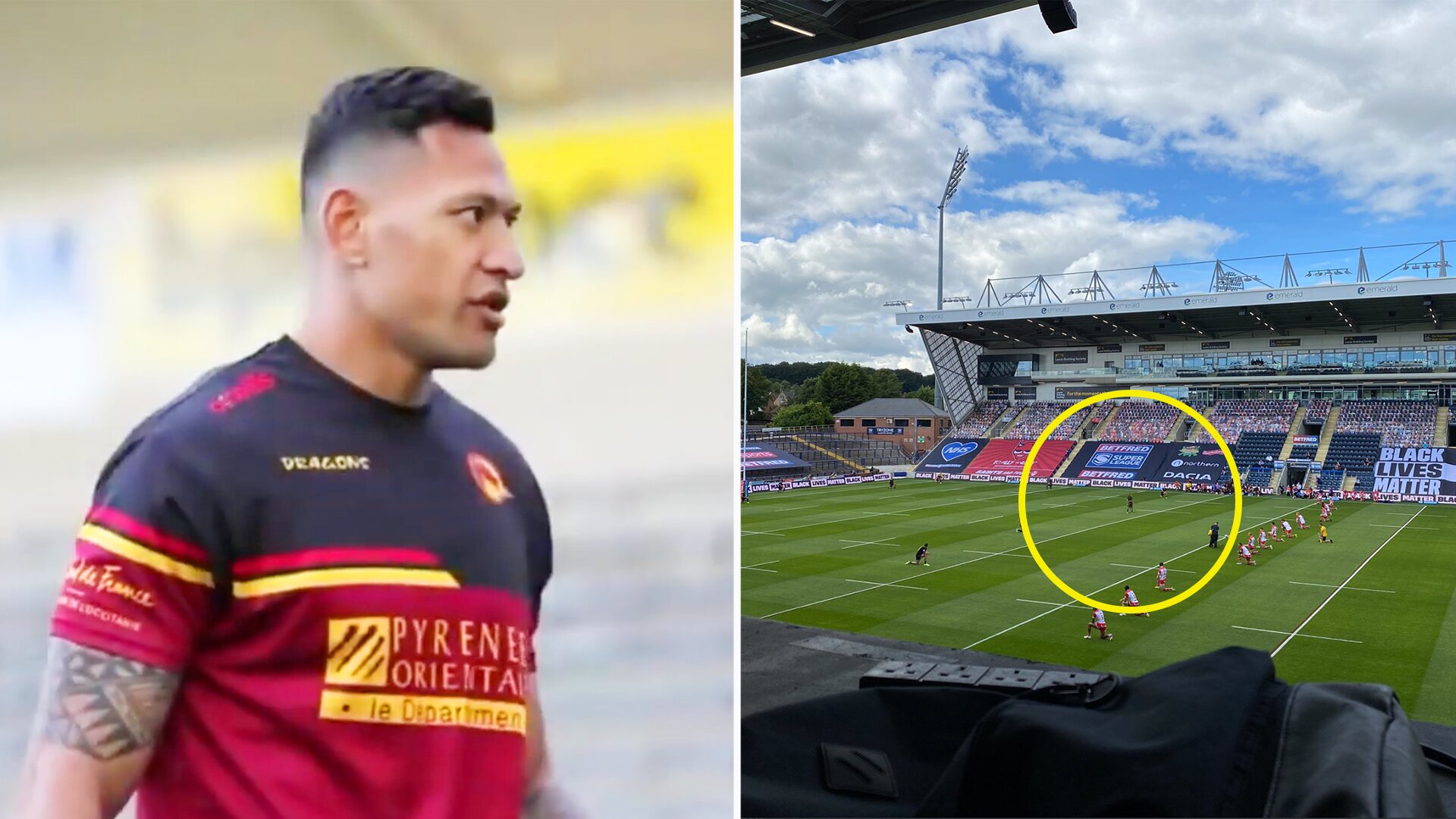 Disgraced Australian rugby star Israel Folau made headlines earlier today after this controversial stance in the lead up to today’s Super League opener in rugby league.

The former Wallaby full-back was representing the Catalan Dragons against St Helens in a hotly anticipated return for rugby league.

Players had agreed to kneel before the game for the ‘Black Lives Matter’ movement. One player did not…

Players from both sides agreed to take a knee for a few moments before kick-off along with referee Ben Thaler in what is seen as a show of solidarity against racism.

Israel Folau was the sole player to not join in with this and chose to stand.

We can see the former Australian fullback standing before the kickoff.

St Helens and Catalans players take the knee before kick-off: but noticeably Israel Folau did NOT join the rest of the players in doing so. Wow. pic.twitter.com/kK0c8tPW7d

This got a wave of angry reactions online

This headline is not only proof that Israel Folau remains an utter cunt, but that virtually nobody in either code of rugby is on his side. https://t.co/SJQlmqBsox

It may come to your attention on Monday that Israel Folau did not take a “knee” prior to the UK Super League match overnight when his team Catalans took on St Helens. Bound to create a headline or two. His explanation will be interesting

I’m so sick and tired of Israel Folau. Somebody end his mediocre existence.

Israel Folau is well within his rights to refuse to kneel in support of Black Lives Matter.

And in return I am allowed to question the moral character of a man who refuses to make the merest gesture in support of the BAME community in the face of systemic racism.

There was also people on social media who supported Folau in not kneeling before the game started.

I dont agree with Israel Folau on most things but him not taking a knee is his choice! Shouldn’t be forced to do it just because everyone else is, its his choice! I don’t get it if a player doesn’t kneel hes a racist or whatever 🙄 load of bollocks #rugbyleague

Israel Folau trending…. I don’t even need to see why. Sports people should be judged on the sports they are playing, participating in or whatever word fits.

Its up to Israel Folau if he does it or not ,, fair play to him , instead of following like a sheep .

St Helens came out as clear victors in this Super League opener even if this pre match incident did somewhat overshadow the game itself.

Watch highlights of the match below