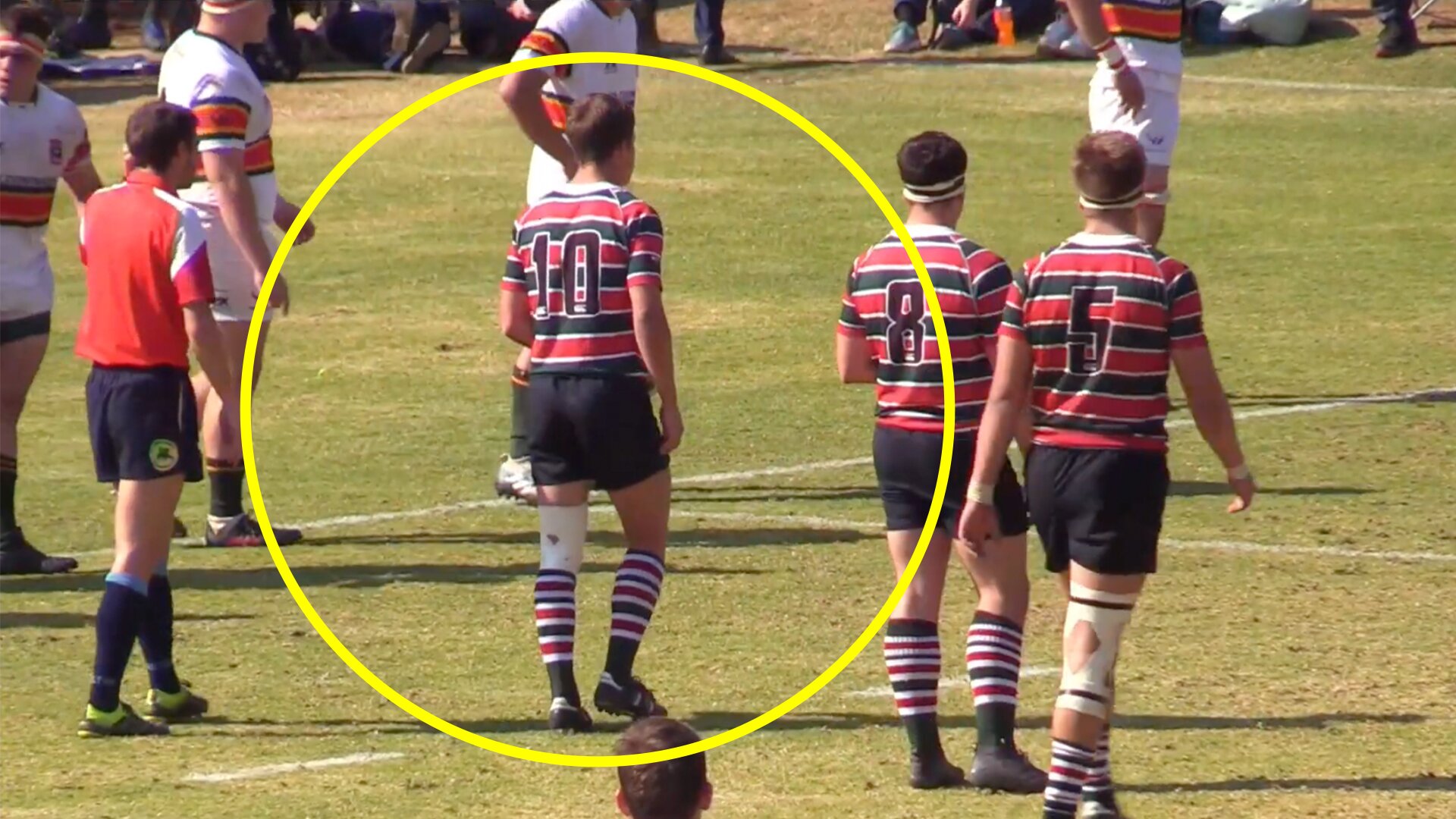 Footage has recently come to light showing a schoolboy rugby player using an incredible loophole to score a sneaky try and in South African rugby match.

The clip comes from one of the most incredible schoolboy rugby matches that we have ever witnessed, back in 2019 between Pretoria Boys High and Affies.

It appears to show a fly-half for Pretoria working out an sneaky trick to help his team score a try from a penalty.

This incredible trick seems to have gone under the radar, because another moment in the match that day grabbed all the headlines.

This incredible piece of mental skill from the Pretoria fly half should be recognised for its brilliance, even though it is a year after it happened!

The moment comes in the 50th minute of the match when the men in blue and red are awarded a penalty 5 metres out from the try line.

It appears that they are going to kick the ball into touch and go for a maul for the try line, but the 10 has different ideas.

Rather than hoof it into touch, he dinks it slightly into the air for one of the team’s massive props to catch and barrel over from close range.

Brilliant quick thinking which looks entirely legal from what we can see.

Could rugby teams adopt these kinds of tactics in the future to catch their opponents off guard?

It looks like it would certainly work one or two times a season.

This has to be a 600IQ move from the fly-half. Completely caught his team napping and they had no protest to the referee, because what could they argue about?