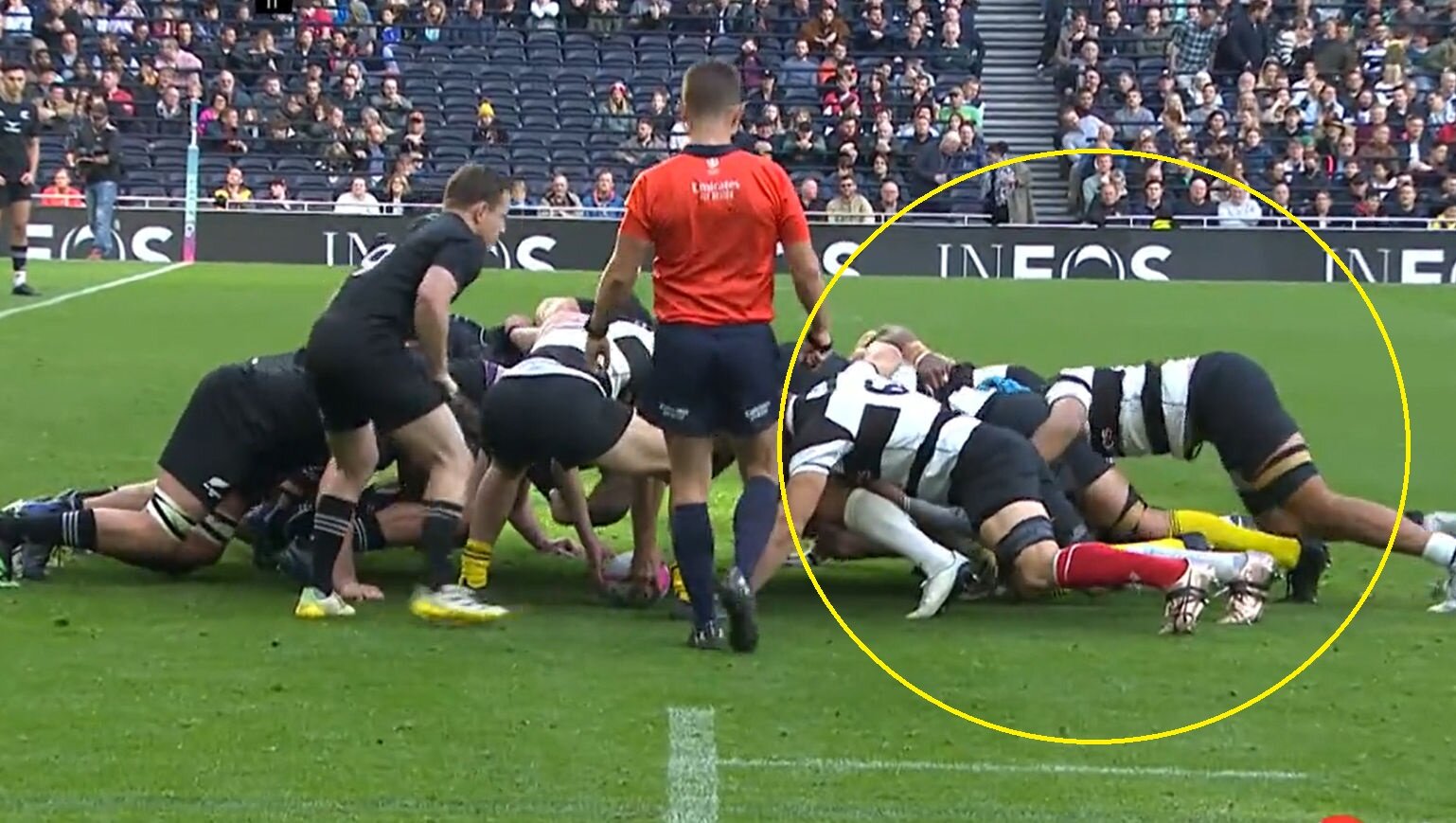 Forgotten England No.8 runs over Damian MacKenzie for fun

Former England No.8 Zach Mercer has made silly little Damian MacKenzie look like the schoolyard weed by ploughing over him in London today.

It was easy work for Mercer, who is arguably England’s form No.8. The ex-Bath man career was cut brutally short due to his unimposing biceps, which many believe aren’t big enough for his to sustain an England Test career.

Smart people in rugby understand that hip strength and core strength are more important that arm strength in the sport and in fact Mercer’s spaghetti arms are even a problem.

Anyway, the Baabaas beat the All Blacks XV with ease, just like Munster beat the SA ‘A’ or as we like to the call them – The Springboks.

Watch Mercer run over MacKenzie here. Don’t get us wrong, we like Damo or DMac as the Kiwis call him. He could definitely walk on a Springbok team with ease. He’s a brave fellow likesay.

Here’s a reminder of the Barbarians FC squad. They play Saints soon. The historic fixture will see former Saints Luther Burrell and Tom Wood take to the hallowed Gardens turf alongside a host of Gallagher Premiership and international stars – including Danny Cipriani, Dan Robson, Owen Williams and Francois Hougaard – with the BaaBaas coached by Geordan Murphy and John Mulvihill.

Barbarian F.C. President, John Spencer, said: “This will be our first visit to Franklin’s Gardens since 2007, but the first time we have ever faced Saints on the pitch, which is incredibly exciting for everyone at the Barbarians. It is indeed a privilege to be invited to face the men in Black, Green and Gold.

“We’re delighted to be able to bring the popular Saints faces of Luther and Tom back to Northampton, as well as a squad with a large Wasps and Worcester Warriors contingent, and a sprinkling of seasoned internationals too.