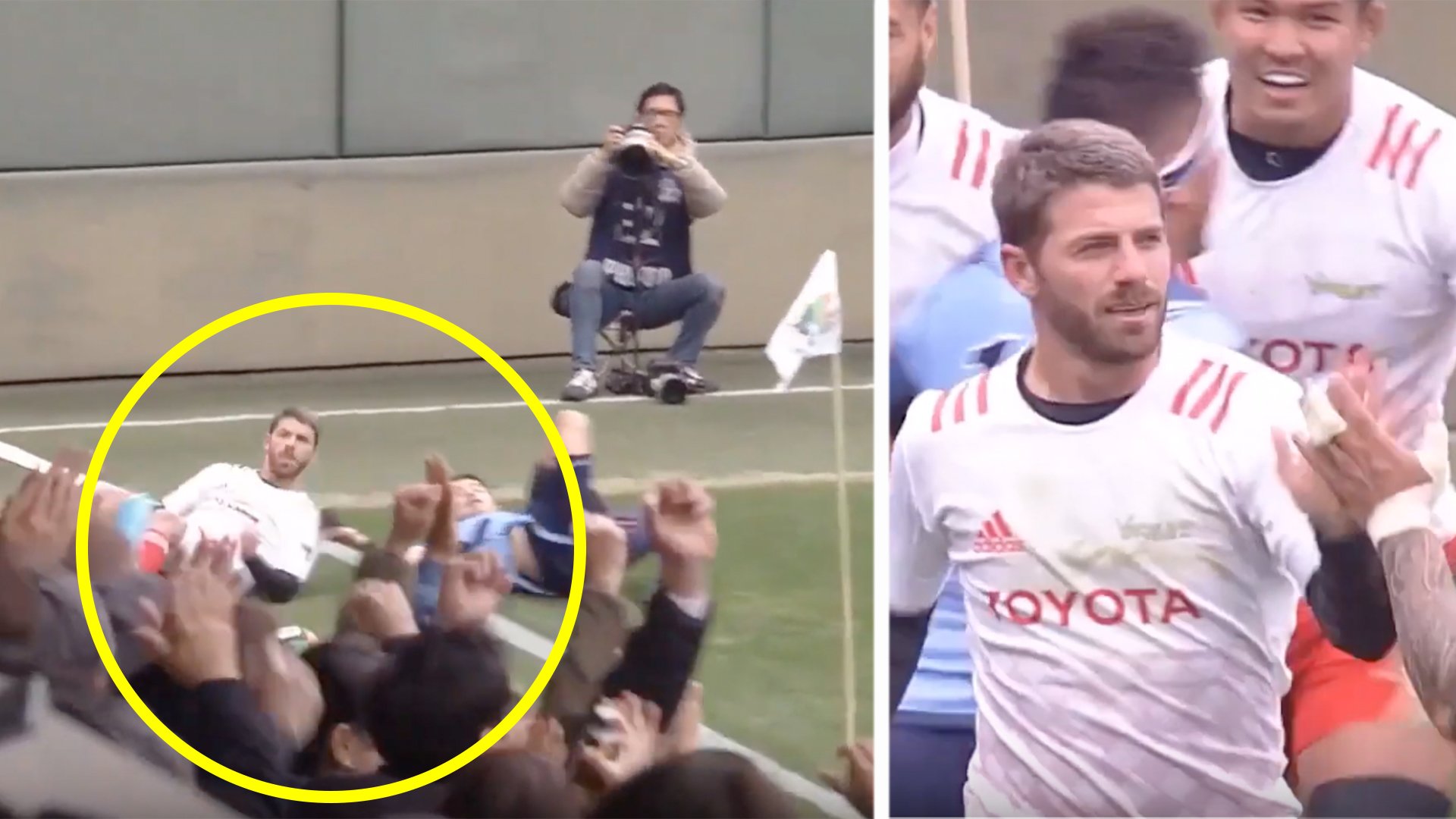 Many fans around the world will know Willie Le Roux. The Springbok full-back used to be a regular starting name for the men in green.

He may have strayed from your mind after he moved to Japan, but we can guarantee the Japanese will all know about him now. The 30-year-old put in an impeccable performance for his club this weekend over there.

Recently he has been plying his trade in Japan for Top League team Toyota Verblitz. He moved from Wasps in England after spending three seasons with the team who now play in Coventry.

While Le Roux chose to play outside of South Africa in 2017, Springbok favourite Siya Kolisi gave his reasons for deciding to stay in his home nation…

He played his first game for Verblitz this weekend, alongside the likes of Kieran Read who is also playing in the Japanese league.

After a tough first few months adjusting to the expectations in the Premiership after joining midway through the 2016/17 campaign, le Roux exploded into life the following season leading the division’s assists list and firing Wasps to another season in the play-offs!

He seems to have not needed any time to adjust in this league, however, as he has had an incredible impact in his very first game at the club!

Many people might say the Top League in Japan is a bit of a joke in terms of quality of teams.

You could not be more wrong.

There are some ridiculously talented and YOUNG players in this league from overseas. The likes of Malcolm Marx and Duane Vermeulen are over there and they are without a doubt in their prime.

This makes it all the more impressive to see people like le Roux excelling in this division.

Here is the clip of his first game in the division, it was insane!