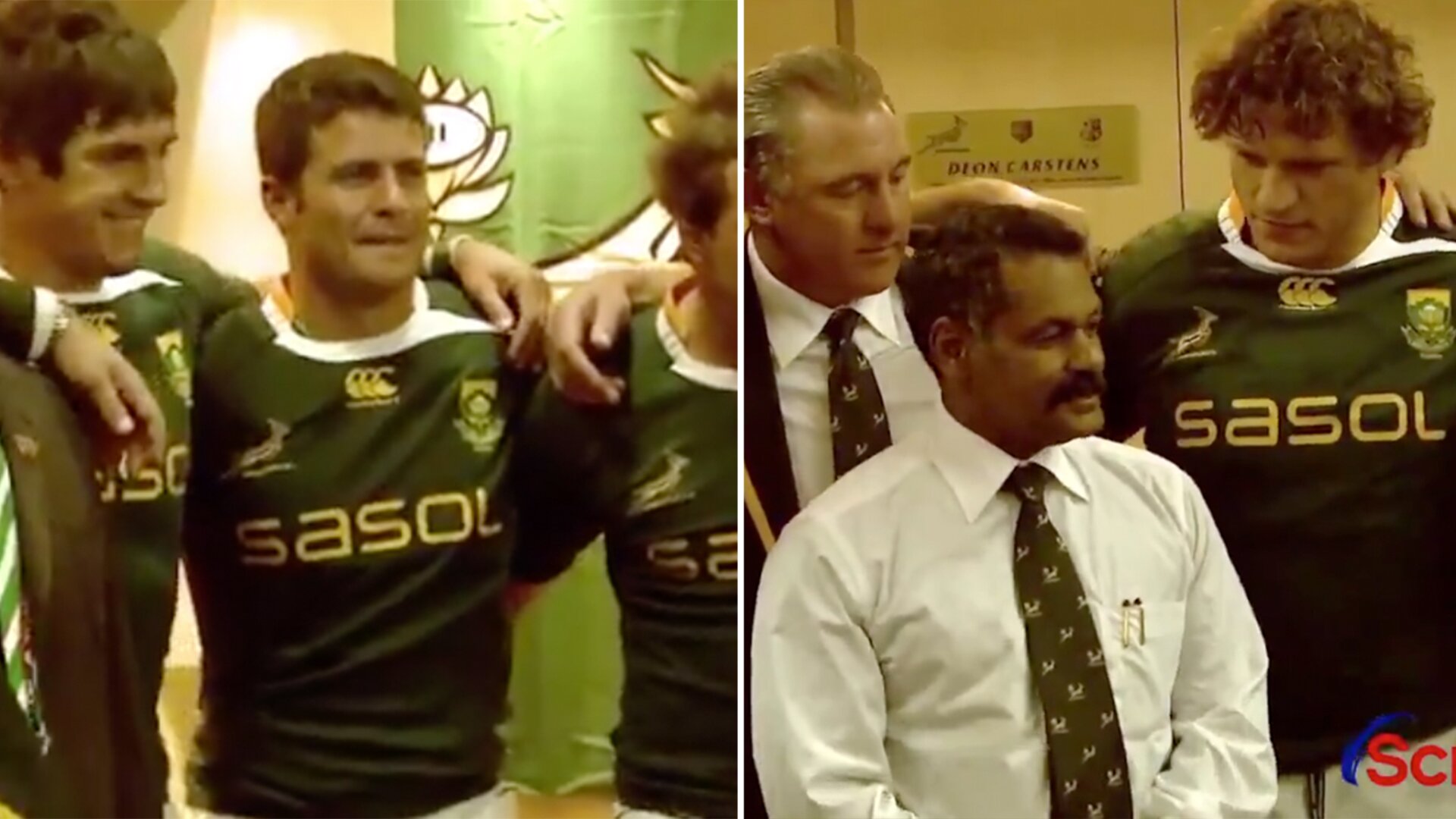 Former Springboks coach Peter de Villiers has posted an incredible never before seen video showing his incredible speech that he gave after the final moments of the Lions Tour in 2009.

The clip, as far as we know, has never before been viewed in rugby, and it shows the Springbok coach giving a spine-tingling speech to the players in his team.

It comes as excitement grows for the the Lions Tour in 2021.

The 2nd Lions test in 2009 was one of the best rugby test matches in the history of the sport. A final play kick from Morne Steyn sealed the Series win for the Springboks.

This was a period when the Springboks were undisputedly the best rugby team in the World.

They had just won the World Cup two years before and then to go on and win this was a truly incredible achievement. Many don’t give the former Springboks coach Peter de Villiers enough credit for the role that he played in helping the men in green win this game.

South Africa were a genuinely scary team to play against at this time.

Don’t get us wrong the 2020 Springboks team is incredible, but they aren’t the undisputed best team in the world. This 2009 team was genuinely scary.

This is a sensational speech and it gives a never before seen insight into why the Springboks continued to be so dominant after winning that World Cup.

Check out this incredible speech after they won the second test against the Lions in 2009.

Will we see even better speeches like this next year?

What Springbok coach @PeterDeVillier5 had to say to his players after their series-clinching win against the British & Irish Lions at Loftus in 2019. pic.twitter.com/ugHSTtydP6

South Africa take on the British & Irish Lions next year, in a test which will probably be one of the greatest of all time.