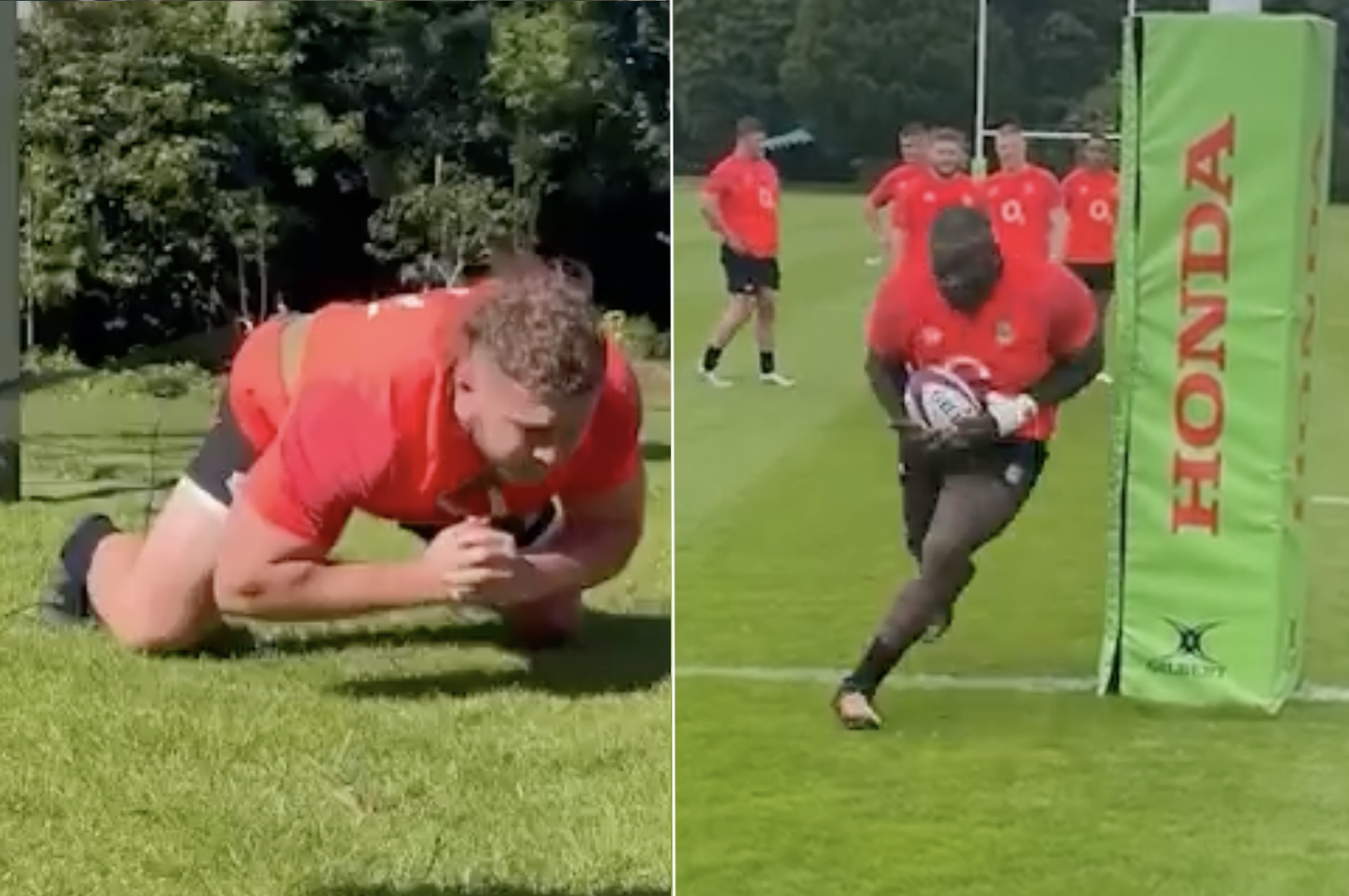 England’s forwards have been working hard this week in the three day training camp in Teddington, with all of them vying to make the tour to Australia in July.

A video was shared on social media today by England Rugby that focused on the forwards training, be it lineout drills or scrummaging technique. Slipped in there though was a run through where it looks as though the forwards were given a free run to sprint at the backs.

In this clip it is Wasps’ Paolo Odogwu who is the unfortunate back that had to stand there and have one of the forwards charge down his channel, and it did not end well for him. It is hard to determine which forward it is running his way due to the video quality, but it looks like a front row, so could be Newcastle Falcons’ Trevor Davison. One person who definitely does know who it was though is Odogwu, who will be relishing the next opportunity that he has the ball in his hands one on one with the loosehead.

Going into the camp this week, Eddie Jones said: “With a number of players unavailable because of the Premiership semi-finals, we’ve got the opportunity to call up some new players.

“It’s a great opportunity to learn about them and see what potential they have to play a part in the Australia tour.

“We look forward to continuing the good work from our last camp in developing this team on and off the pitch.”