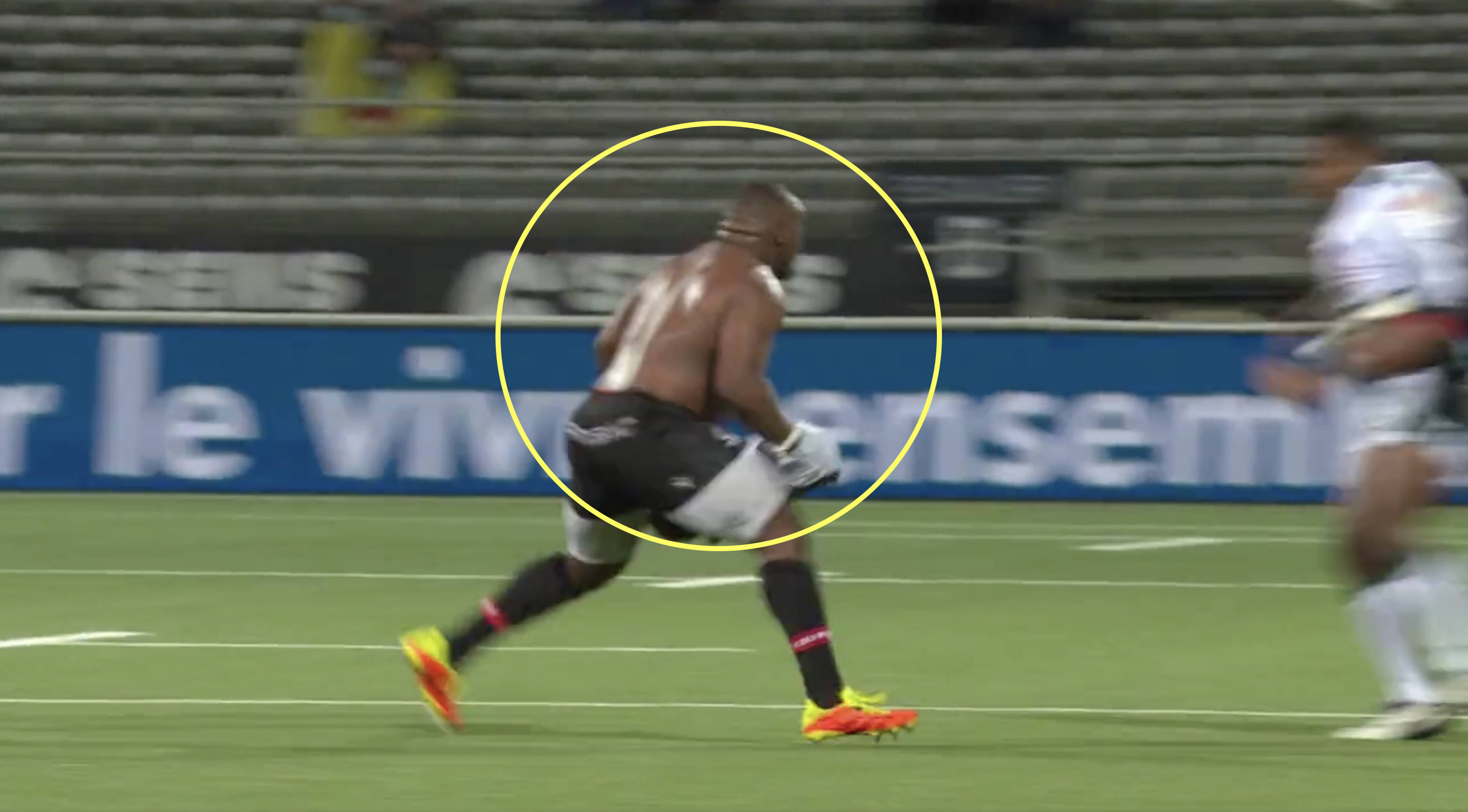 When you are 124kg and built like a small tank, it is understandable that you may want to spend as much time as possible with your shirt off, regardless of the rules of rugby.

As Bamba was in the process of putting on a new shirt at the Stade Gerland at the weekend, duty called and he was forced to join the defensive line with his shirt still in his hand. What’s more is he almost intercepted ball, which would have created quite the photo opportunity had he run under the posts with his shirt off. It would have been made even better if he caught the ball in his shirt, although that may have required some law experts to intervene about the legitimacy of such an interception.

This has already drawn comparisons with Saracens and Springboks tighthead, who played on with no shirt against ASM Clermont in the Heineken Champions Cup just over four years ago with his club. On that occasion, the South African even made a tackle- a tackle he would been all too aware that he could not afford to miss as all eyes would have been on him. There seems to be a theme here with props opting to play shirtless…

"I've never seen anything like this in my life." 😂😂😂 pic.twitter.com/927ozKaDQv

Bamba’s tactics of scaring the living daylights out of his opponents clearly worked as Lyon came away 35-10 winners to leave them in fifth place in the Top 14 table. They now have two rounds of EPCR Challenge Cup action over the next two weekends against Perpignan and Benetton where we will have to see if Bamba keeps his shirt on.