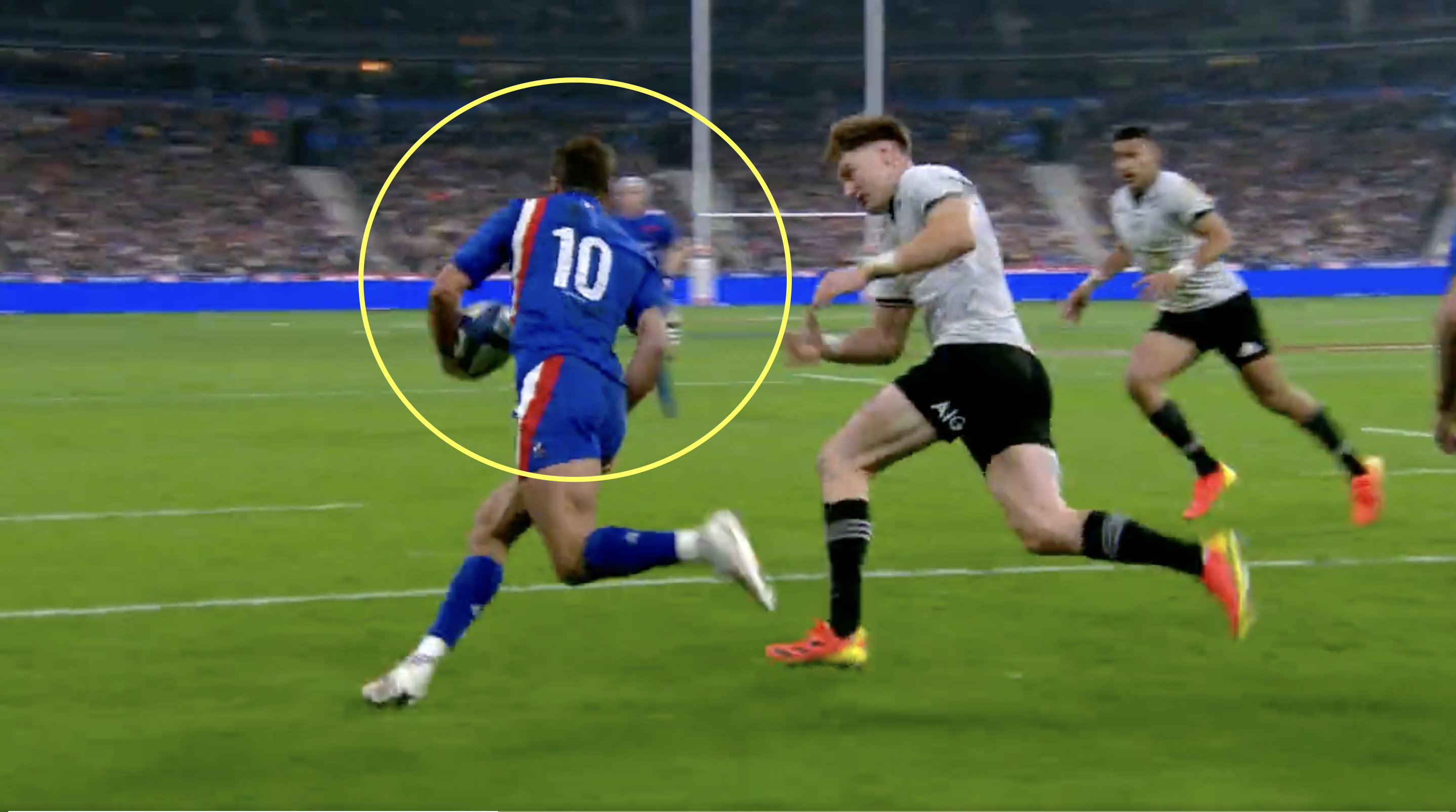 It is no exaggeration to say that Romain Ntamack’s break from behind his own try line against the All Blacks on Saturday was one of the greatest moments ever on a rugby pitch.

That has been the response from many fans on social media, who believe Les Bleus were on the cusp of scoring the greatest try of all time. Even without the try, the entire passage of play was jaw-dropping, and easily one of the biggest momentum shifts ever seen in a rugby match.

After the All Blacks had clawed their way back into the match to only be trailing by two points, having been 24-6 down at one point, they looked like they could have had a scrum five metres out from France’s try line on 62 minutes after Ntamack took the ball over the line following a Jordie Barrett kick. However, the Frenchman was able to escape the clutches of Richie Mo’unga and Barrett to launch a sensational counter attack, which included a beautifully well timed pass to Melvyn Jaminet. In no time at all France were on New Zealand’s five metre line and No8 Ardie Savea was being shown a yellow card for going off his feet.

In the space of a minute France went from the prospect of defending a five metre scrum to seeing the All Blacks’ talisman Savea leaving the field on his own line. There is a chance that there has never been such a momentum shift, and France have captured the moment from every angle to show what a magical moment it was.