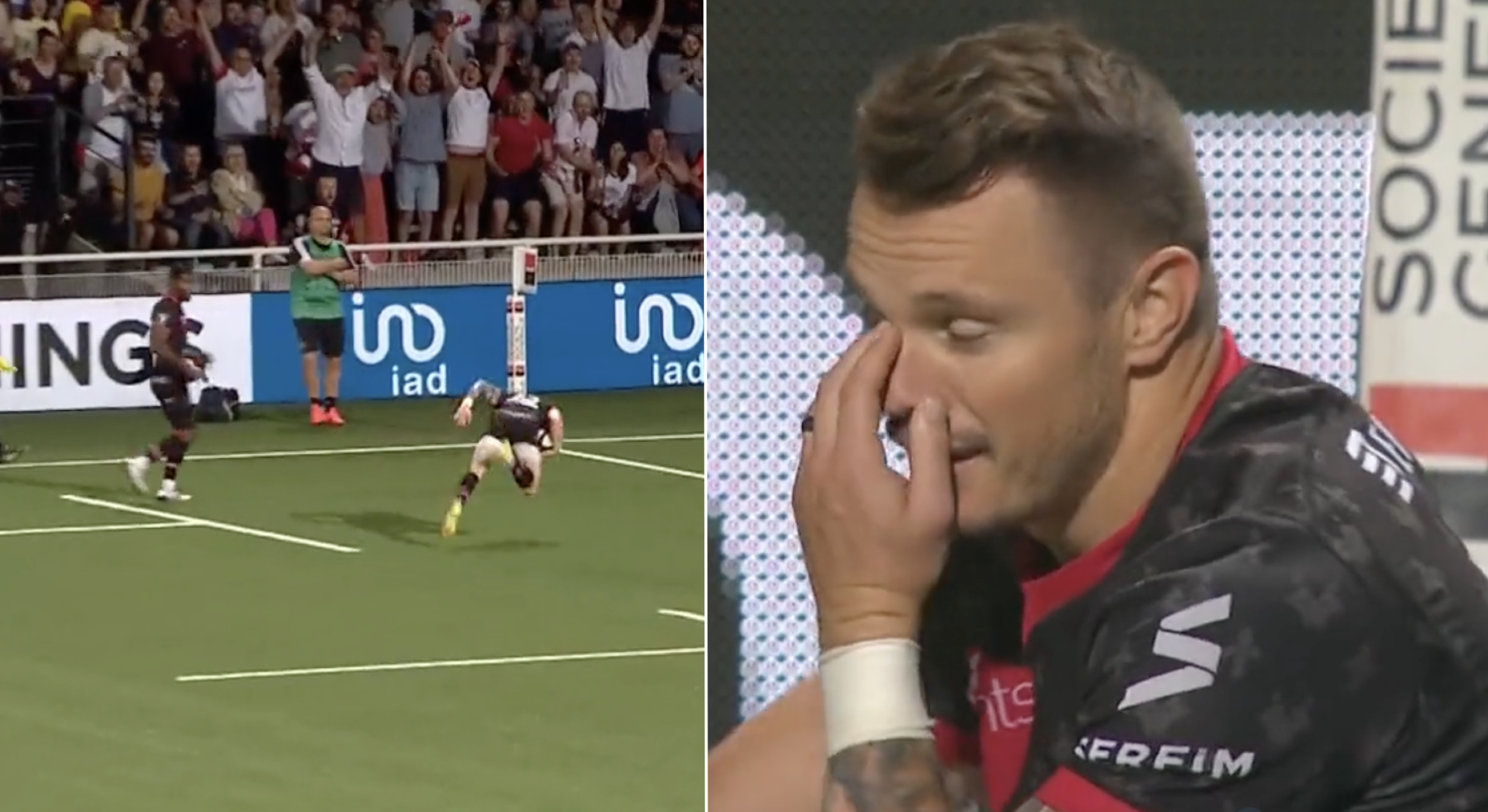 Fullback bizarrely manages to butcher easy try at the death

When Lyon’s Toby Arnold saw the ball coming his way in the final seconds of their match against La Rochelle on Sunday, he would have seen his name in lights. Not only did he have a walk in to secure victory over the recently crowned Heineken Champions Cup winners, but it could have had a dramatic bearing on where his side finished in the Top 14, in what was the final round.

However, things did not go to plan for the former New Zealand Sevens international, as he botched what looked to be an easy try. With La Rochelle leading 29-26, Lyon were throwing the kitchen sink at them at the death, which eventually left the La Rochelle defence so narrow that there were metres of space out wide. When fly-half Leo Berdeu threw the pass to Arnold, there was not a single defender within 15 metres of him, and he had less than ten metres to run.

The best way to describe what happened next is that the Kiwi forgot how to run. The 34-year-old tripped and spluttered as he tried to find his balance. Hearts would have been in the mouths of all Lyon supporters as Arnold clumsily got closer and closer to the line. With the try line just centimetres away, Arnold’s legs gave out as he crashed to the floor. He still would have been able to slide over the line at this point, but he lost control of the ball completely, thus butchering what looked to be a certain try.

Fortunately for his side, there was a penalty advantage, meaning they had another bite of the cherry in what was a clash between the Challenge Cup and Champions Cup winners from the week before. Lyon were unable to get over the line though, and ended up losing. The consolation for them is that they would not have made the Top 14 play offs even if they had won, and though they did not finish in the top eight, their Challenge Cup victory ensured their place in the Champions Cup next season.

Take a look at the butchered try: