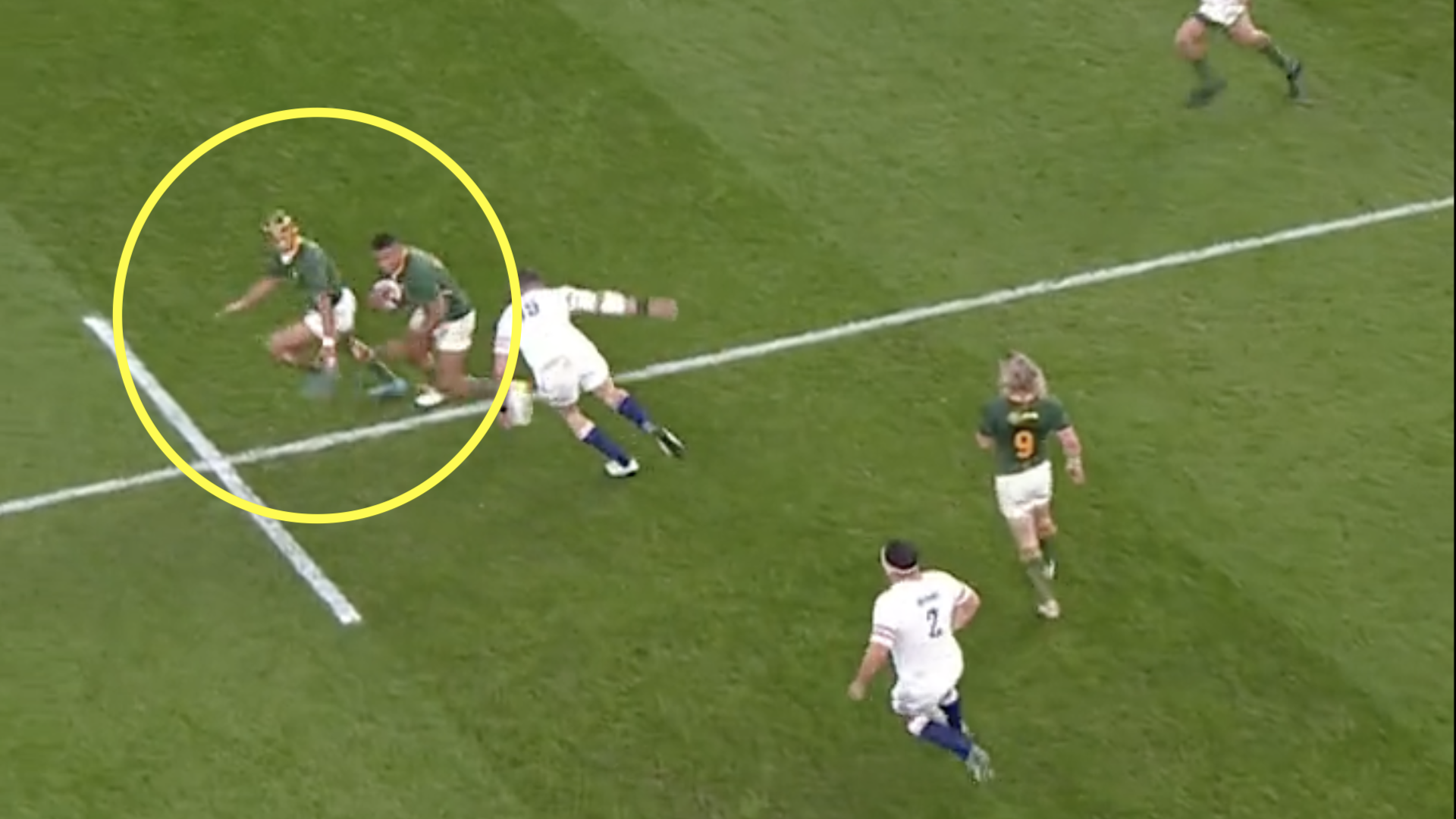 Furious England fans are only saying one thing after Springboks’ try

South Africa lit up Twickenham in the first half on Saturday, scoring a try from their own 22 with a lethal counter attack.

The try was started by Damian Willemse and finished by Kurt-Lee Arendse, but England fans have argued that the winger had a big part to play early on.

After Marcus Smith opted for a strange kick with only one chaser, Arendse ran a fairly obvious blocking line according to many, many England fans online. This took Freddie Steward out the game, and from there the Boks’ eyes lit up.

Kurt-Lee Arendse is a superstar 🌟

“So we’re just allowed to step across players to prevent a tackle now are we?”

“So no obstruction then, he clearly changed his angle!”

“Obstruction by the SA winger prevented Steward getting to the catcher, should have been pen to Eng not try to SA.”

“Clear obstruction on steward but once again we see England getting officiated differently to the rest of the world.”

“Surprised the ref or two did not call that blocking action but Smith may as well not have been there.”