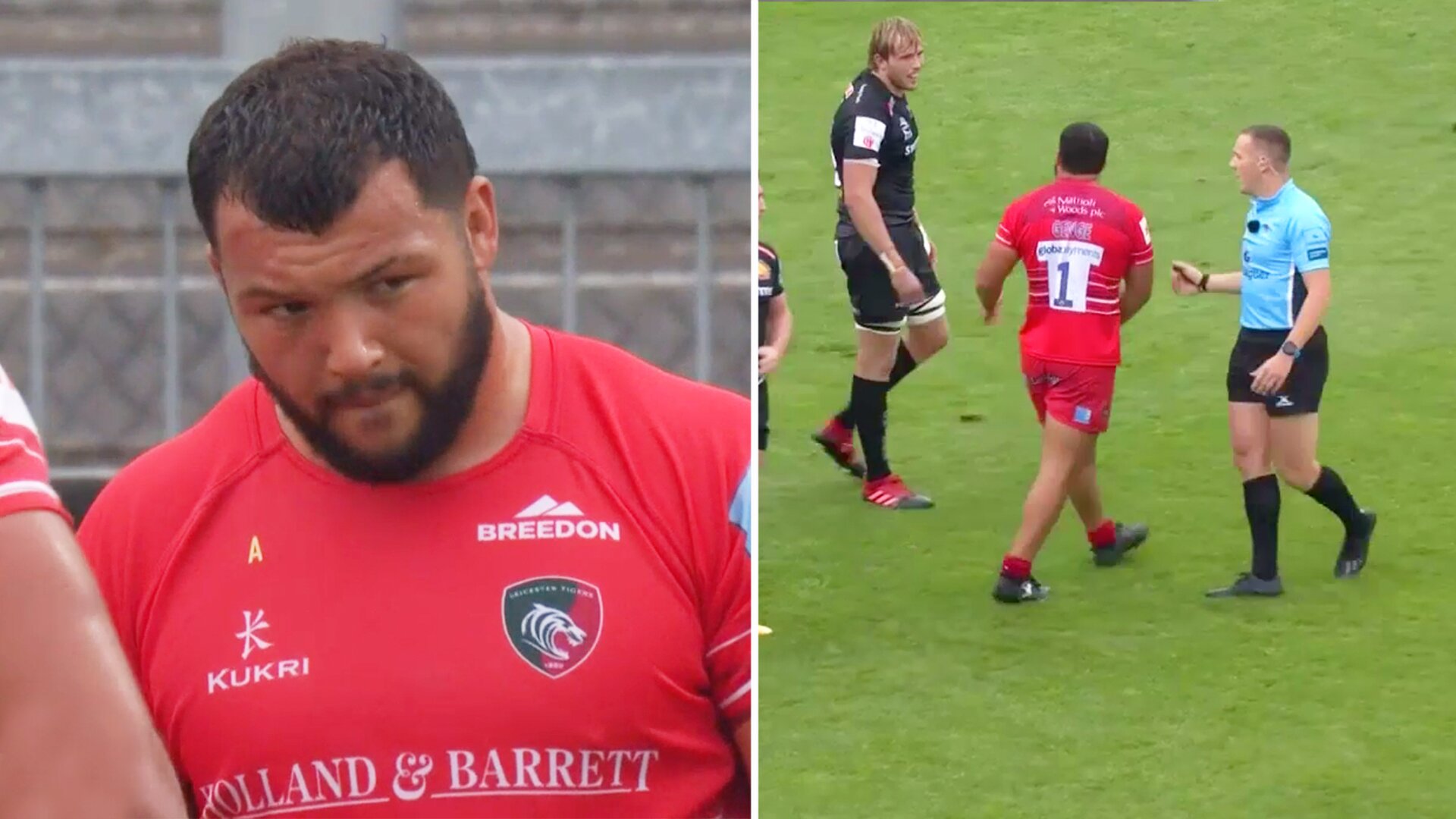 Genge and Gray both instructed to get into eachother – chaos ensues

Exeter Chiefs came up against Leicester Tigers in the opening weekend of the Premiership’s restart and with it came the meeting of Ellis Genge and Jonny Gray.

It was clear from the off that the pair were keen to get under each other’s skins as the stars clashed on several occasions at Sandy Park.

Jonny Gray was in brilliant form throughout the encounter as he made a nuisance of himself at the breakdown as well as being a commanding presence at the lineout.

Ellis Genge quickly identified this and looked to antagonise the Scotsman at any opportunity.

Trying to work out which out of Genge and Gray was instructed to wind the other one up 🤔 pic.twitter.com/HDGStcnI8i

At the scrum, the pair of international stars didn’t let off with the sledging as we appear to hear them going hammer and tong with the verbals before this set piece.

turn up the volume for this one

Gray fires back here as he gives Ellis Genge a shove off the ball prompting the England prop to make a move towards the second-rower.

The referee intervenes before handbags can be unsheathed and play resumes.

Gray was making himself fairly aqquinted with all members of the Tigers front row as we see him tussle with Dan Cole after this maul.

Genge makes a stealth approach from behind the tartan warrior before utilising a classic pull up of his jersey.

Genge really trying to get under Jonny’s skin today pic.twitter.com/QOupXWpiLB

We can only assume that he had grander plans to go for the full jersey over head motion but all of us seasoned eggchasers know that that is an incredibly complex move to execute from the rear.

The Chiefs ran out as convincing winners in the end after a dominant display from the league leaders.