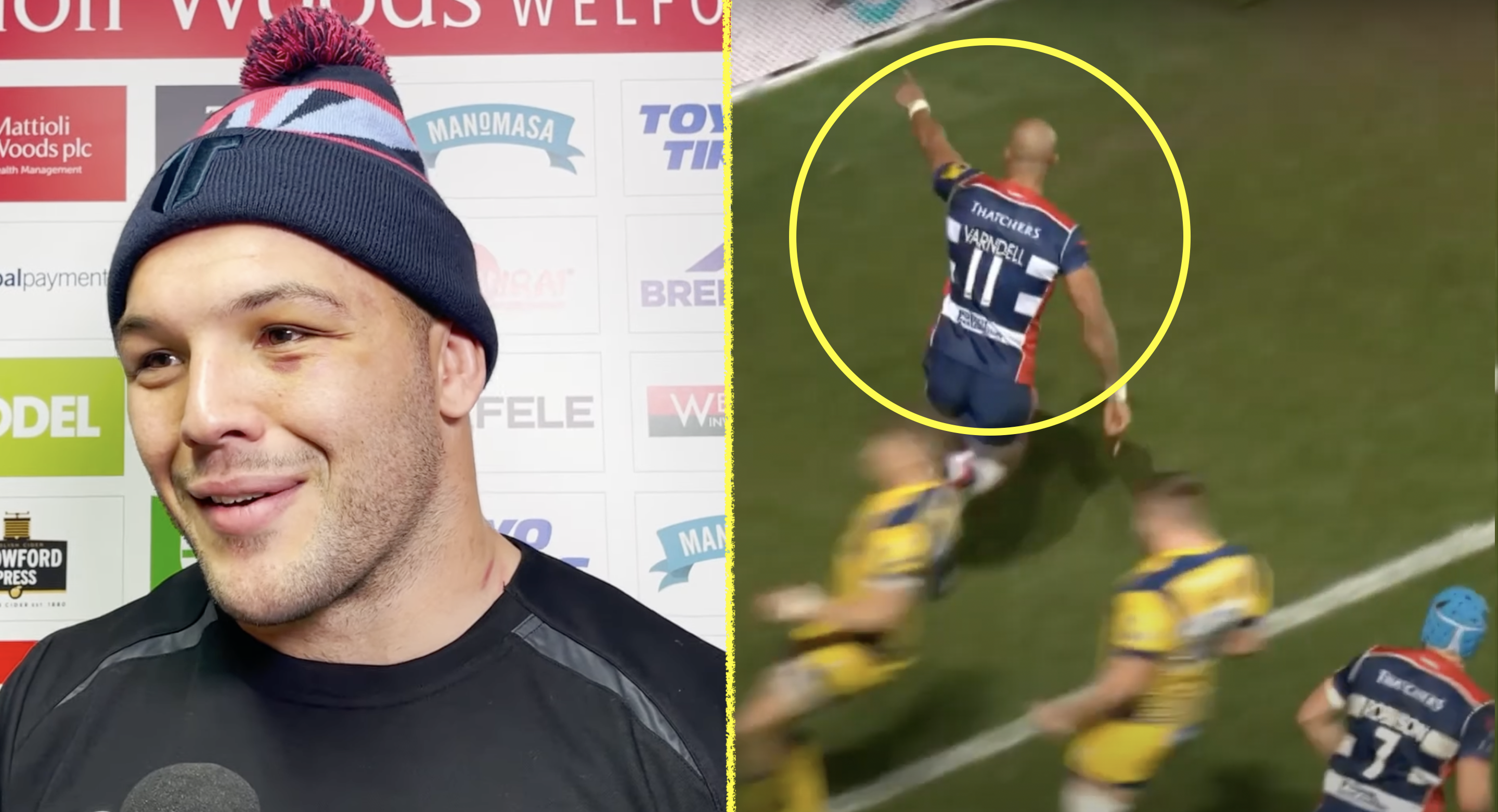 When former England winger Tom Varndell sent a message to Chris Ashton on Twitter yesterday after the Leicester Tigers wing levelled his all time try scoring record in the Premiership, he would not have been expecting what came next.

Ashton scored two tries in the Tigers’ win against Exeter Chiefs on Sunday at Sandy Park, taking him to 92 tries, whereby Varndell sent a message to him soon after to congratulate him on levelling his record. He wrote: “Congratulations Chris Ashton I’m over the moon for you, absolutely ruined my Sunday. How could you do it on the day of rest.”

Ashton’s Leicester captain Ellis Genge, who played alongside Varndell at Bristol at the beginning of his career, replied to this message online with a typical wry message. “Change your bio to joint top Prem try scorer please,” he coldheartedly joked.

Varndell added by saying he will have to change his bio completely come next week. Fortunately for him, there are actually a few weeks until the Tigers’ next Gallagher Premiership fixture, meaning he can remain at the top, or joint top, for a few more weeks.

Leicester’s win meant they extended their lead at the top of the Premiership and actually booked their place in the play-offs. Ashton has played in many great teams during his glittering career, and has won many trophies, but he is not getting drawn into comparisons between his current side and his former sides.

“Hard to say. The amazing thing is that not one person in the changing room is talking about anything other than Tuesday night against London Irish,” Ashton said.

“I think that’s a really good thing. We’re gaining experience all the time. To win here in the fashion we did – Exeter came back at us and we managed to hold them out. I think we’ve taken another stride forward.”