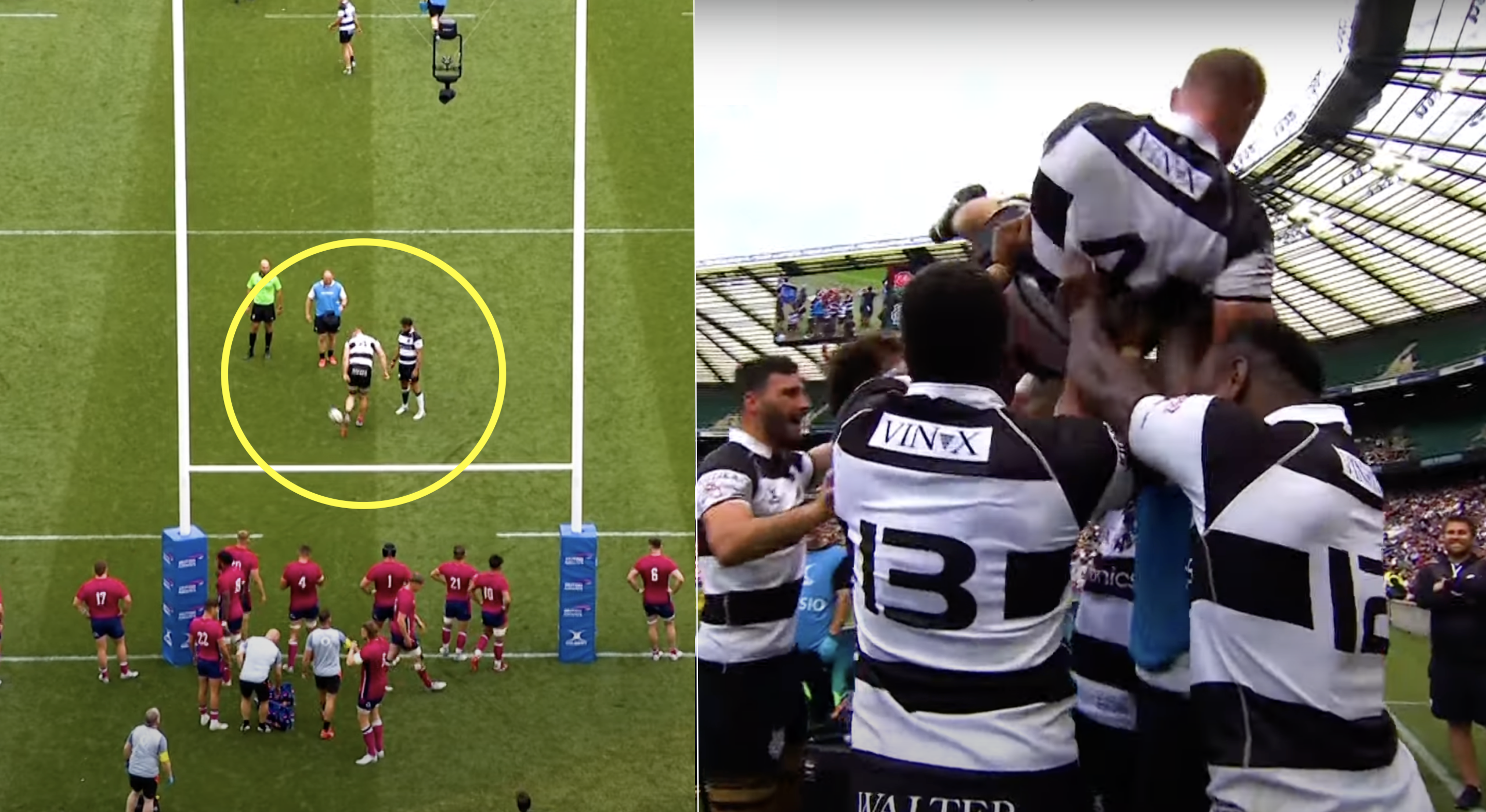 Former England second row George Kruis has admitted that his now notorious back heel for the Barbarians last month against England at Twickenham was “probably a bit too much.”

As a guest on World Rugby’s Jersey Tales this week alongside former Saracens teammate Kelly Brown, Kruis closed by discussing the Barbarians match, which was the last outing of his professional career. The 32-year-old took three kicks in the Barbarians’ 52-21 win over Eddie Jones’ men, which included one audacious back heel that his since proven to be quite controversial.

England’s World Cup winning coach Clive Woodward described the match as a “farce” in a column in The Daily Mail, writing: “I was disappointed with George Kruis for allowing it to happen, especially his antics around his backheel conversion.”

Kruis has probably taken heed of the invective that has been sent his way, and responded to it in the video.

“That was probably a bit too much, that was probably taking the piss,” the 2017 British & Irish Lion said. “But the BaaBaas are all about entertainment, it’s a brilliant fixture and where you can you’ve got to add your ‘expertise’ and special skills. I’m just glad it went over because as much of a tit I look already, it would have been ten times worse if it didn’t go over. I actually can’t believe it did go over. There are things as a player you do want to experience as well. I managed to tick a fair few boxes and retire on a high.”

This was a disappointing match for England ahead of their tour of Australia, where they lost the first Test against the Wallabies in Perth last Saturday. They head into the second Test in Brisbane this Saturday under a huge amount of pressure after a poor 18 months.

This is the video: