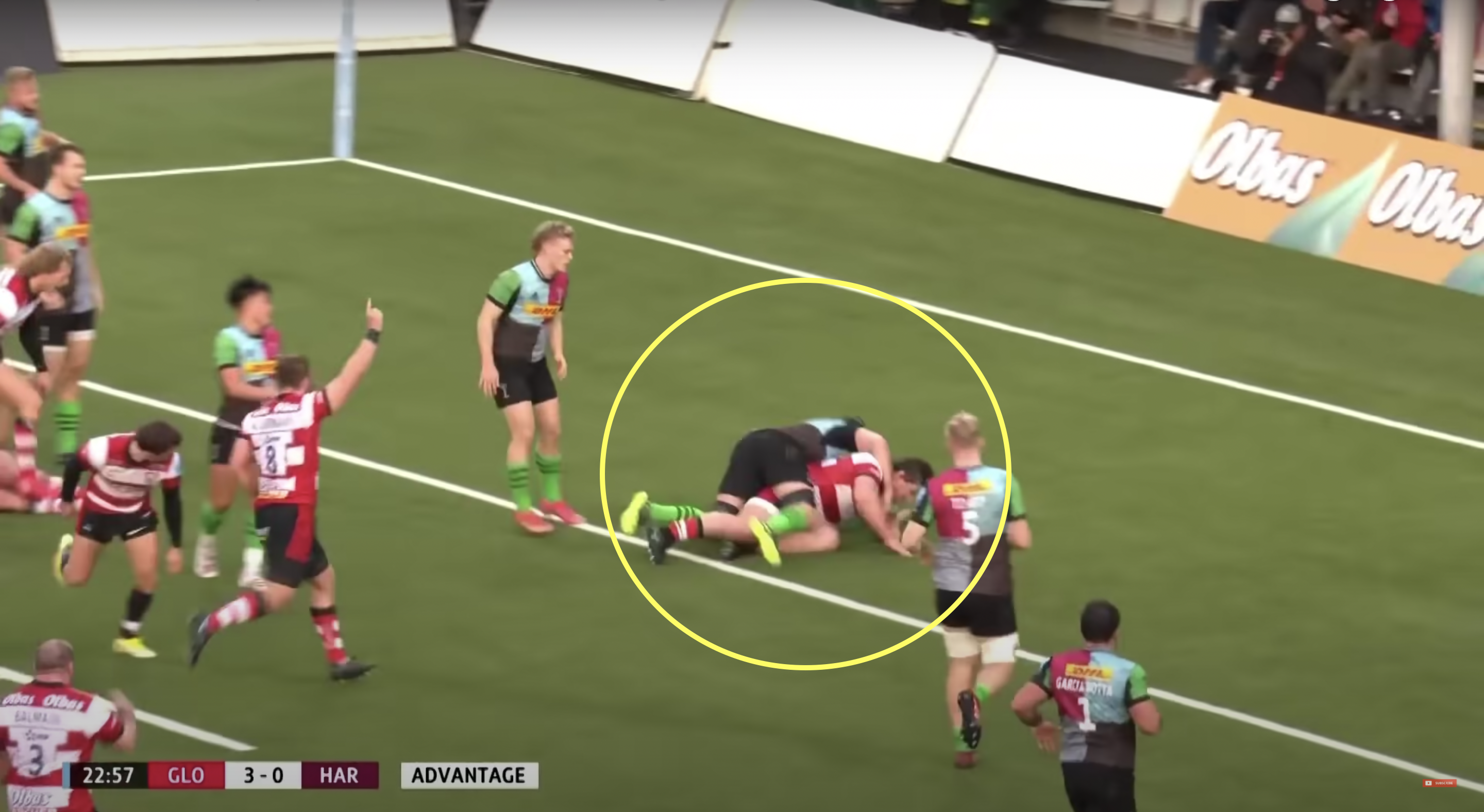 Gloucester surely butchered the try of the season against Harlequins

Gloucester will be disappointed to have come away with a 20-17 loss from their match with reigning Gallagher Premiership champions Harlequins at Kingsholm on Sunday.

What’s worse is the fact that they spurned a brilliant try-scoring opportunity which would have likely given them a 10-0 advantage in the first half. To add insult to injury, it would easily have been a contender for try of the season had it not been knocked over the line by loosehead Val Rapava-Ruskin. In all fairness, it was more down to the work of lock Matt Symons in his try saving tackle than it was down to the the Gloucester man knocking on.

Take a look at the effort:

While this clip was impressive enough, particularly the work of hooker Jack Singleton in the wide channels, it only shows half the story. On the Premiership’s The Lowdown show online, David Flatman shows how Gloucester’s attack actually started about a metre away from their own line as fullback Lloyd Evans launched a brilliant counter attack and put his winger Louis Rees-Zammit into space, who in turn fed his British & Irish Lions teammate Chris Harris, and in no time at all the Cherry and Whites were in Quins’ half.

Despite losing, Gloucester remain in fourth place in the Premiership, although Harlequins have now opened up a four point lead ahead of them in third, on 38 points. Both sides face tough tests this weekend, as Quins host their Premiership final opponents Exeter Chiefs at the Stoop on Saturday while at the same time Gloucester will be taking on second place Saracens at the StoneX Stadium.

That will be the final round of Premiership rugby before European action returns, where Quins will face Cardiff and Castres in the Heineken Champions Cup and Gloucester have a bye weekend before taking on Perpignan.