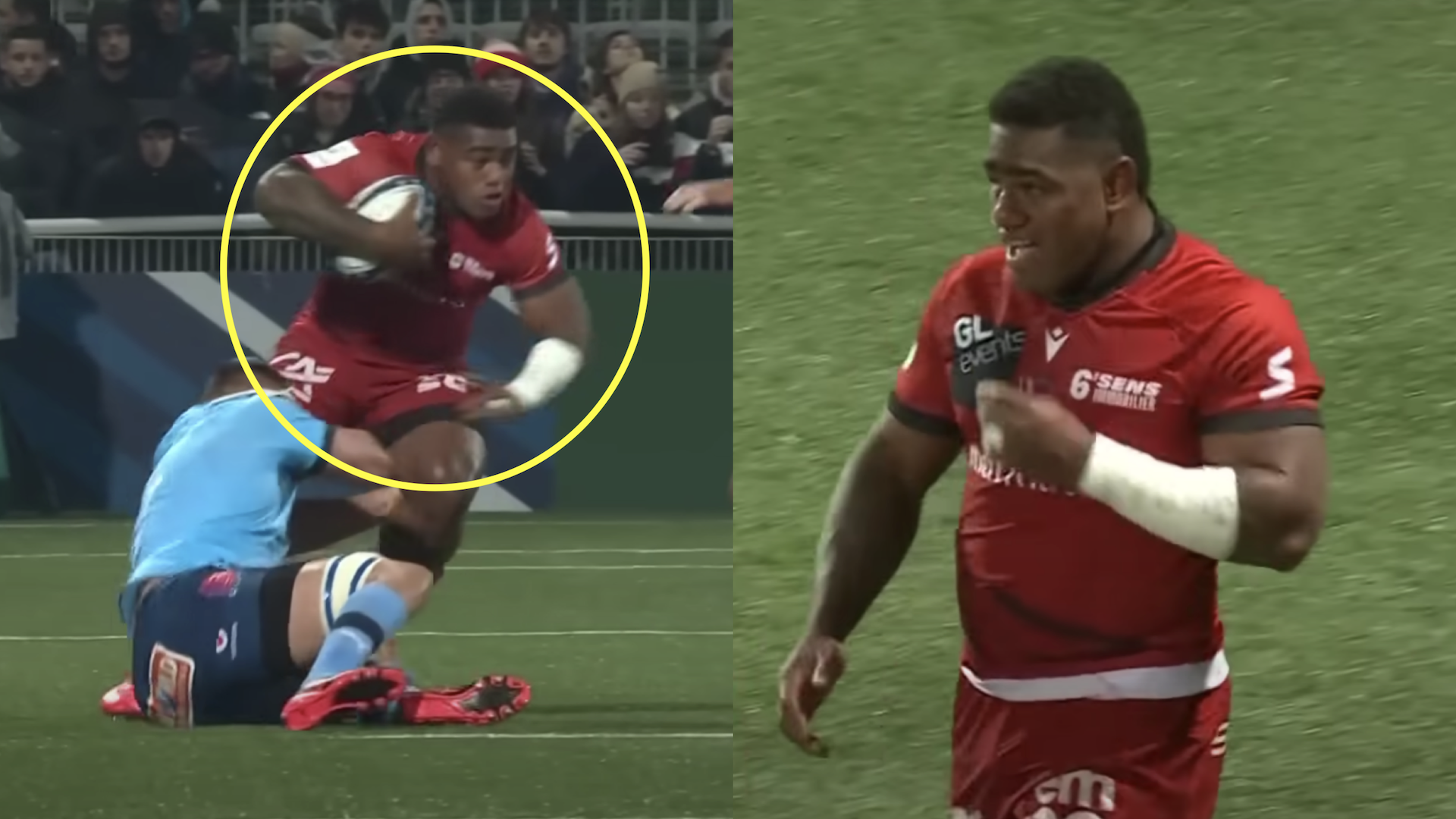 David Flatman summed it up perfectly in commentary at the weekend when describing playing against Josua Tuisova.

That was after one particular run in Lyon’s Heineken Champions Cup clash with the Bulls on Friday, where the Fiji winger unceremoniously left flanker Cyle Brink on his backside.

“You would just have absolutely no interest in tackling him!” 😳@davidflatman saying what we are all thinking while watching Josua Tuisova…#HeinekenChampionsCup pic.twitter.com/Kjq7nTZVu6

The 28-year-old proved to be quite a handful for the Bulls throughout the match in Lyon’s 31-7 win. Maybe the most impressive moment of his match came just seconds into the second half, where Tuisova chased a 40 metre kick to put in a crunching tackle and in turn win a penalty. Having a player with the pace to chase a 40 metre kick-off and then the power to smash their opponent is a very rare combination in rugby, but Tuisova makes it look so easy.

Tackle height has been in the spotlight this week after the RFU announced a ban on tackling above the waist in the amateur game in England. But as Flatman summed up, there is not exactly an ideal place to tackle Tuisova, it is an unpleasant task no matter what. Fortunately for everyone in the amateur game, it is highly, highly unlikely that there are any genetic freaks like Tuisova knocking about.

After two losses to Saracens in the Champions Cup and a loss to the Bulls away, Lyon did not qualify for the last 16 despite their win. They did, however, qualify for the Challenge Cup last 16, where they will travel to Paris to take on Stade Francais, who sit in second place in the Top 14 currently.