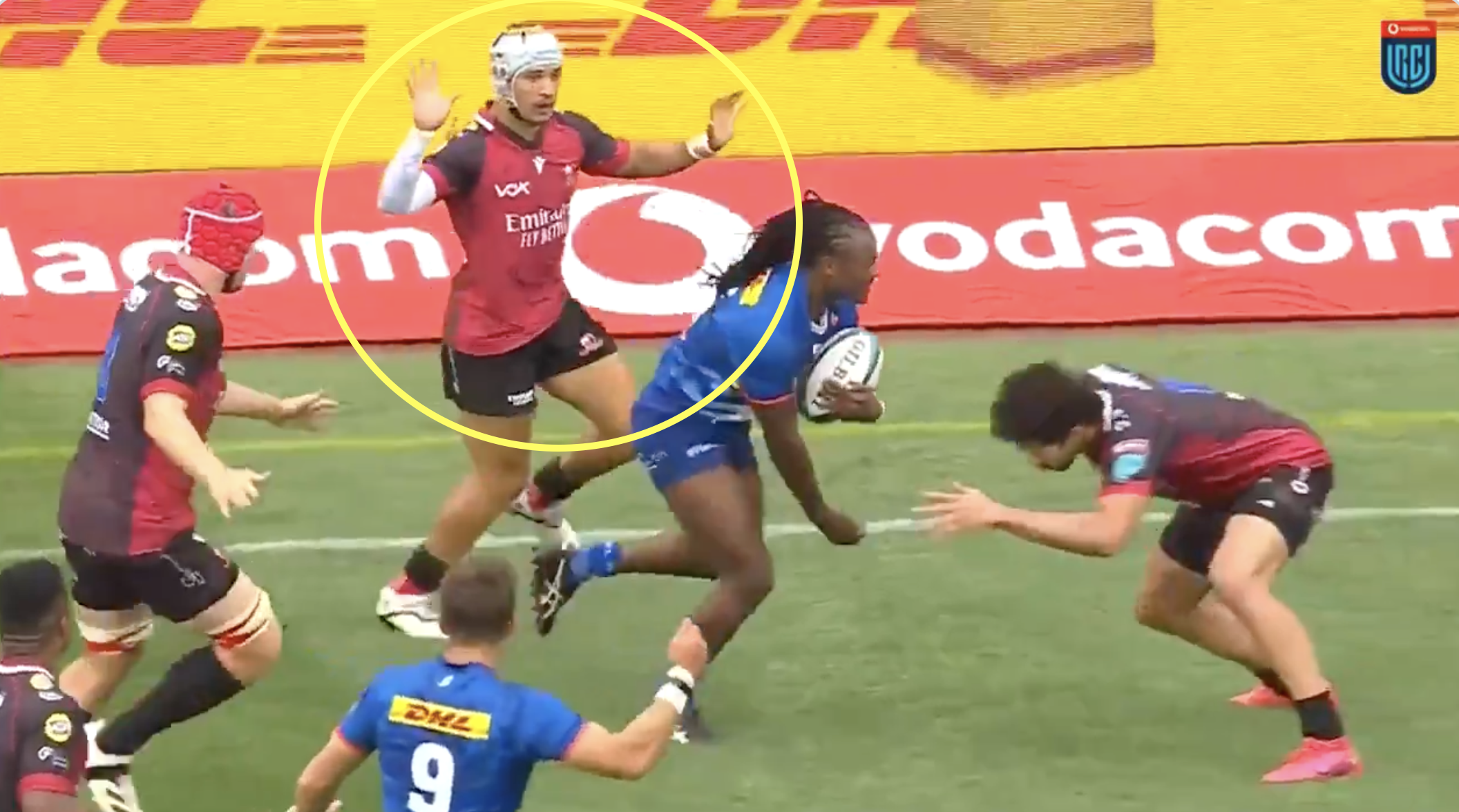 Stormers winger Seabelo Senatla went a step beyond giving his blood, sweat and tears for his team on Saturday by actually giving his hair.

The Stormers faced the Lions in the United Rugby Championship at the weekend, and Senatla proved to be a handful for the Lions at points, so much so that his opponents actually tried ripping his hair out to stop him.

The moment came when he ran into his opposite man Edwill van der Merwe, who grabbed a handful of his hair instead of his shirt. As Senatla wriggled free, a huge clump of hair can be seen being ripped from his head and falling on the floor. Unsurprisingly, this resulted in a yellow card for van der Merwe although the Lions went on to win the match 37-19.

Take a look at the ‘tackle’:

The win leaves the Lions in 10th in the URC table, the highest ranked South African side in the competition, two points ahead of the Sharks in twelfth place.