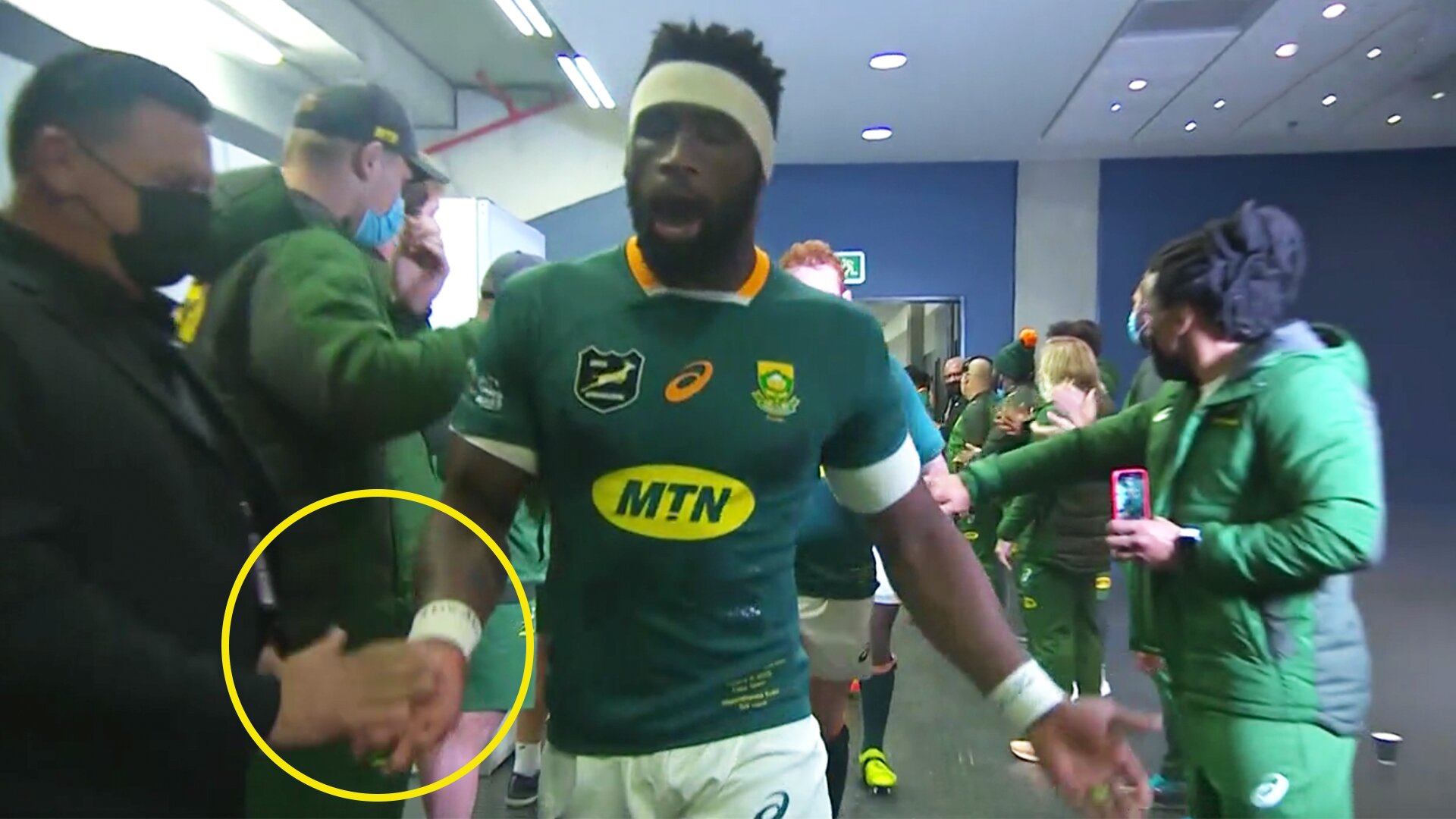 It’s the morning after the night before. A night in which South Africa rugby ripped the soul out of the game as we know it.

The Springboks took the series 2-1, after a 19-16 victory over the brave Lions tourists.

South African fans have been basking in this hollow victory, but it has not stopped fans from spotting incidents that have led to many to call for the series result to be overturned, less than 24 hours after the final whistle was blown.

The Rugby Onslaught investigational unit has been working late into the night collecting and analysing the hundreds of complaints that we’ve received on a number of incidents within yesterday’s Test decider.

It’ll be no surprise to many that the incident that drew the most anger was in the 69th minute of play – as a South Africa rugby member of staff came onto the pitch during play to deliver covert messages during a pivotal period of the match.

We’ve passed this evidence onto World Rugby along with a number of other high-priority incidents that we do not want to publicise yet until our team are out of South African, for their own safety.

Honestly …. What is this? Why is a medic or water carrier there??? Continued to stay there on the scrum as well. 🤯🤷🏼‍♀️ pic.twitter.com/4a0Ypr3ljE

We predict that the series result will be overturned by the middle of the week in light of the evidence that our crack team have presented to WR officials.

The question now turns to whether the Lions will be awarded the series – or if World Rugby will demand that the third Test is played again.