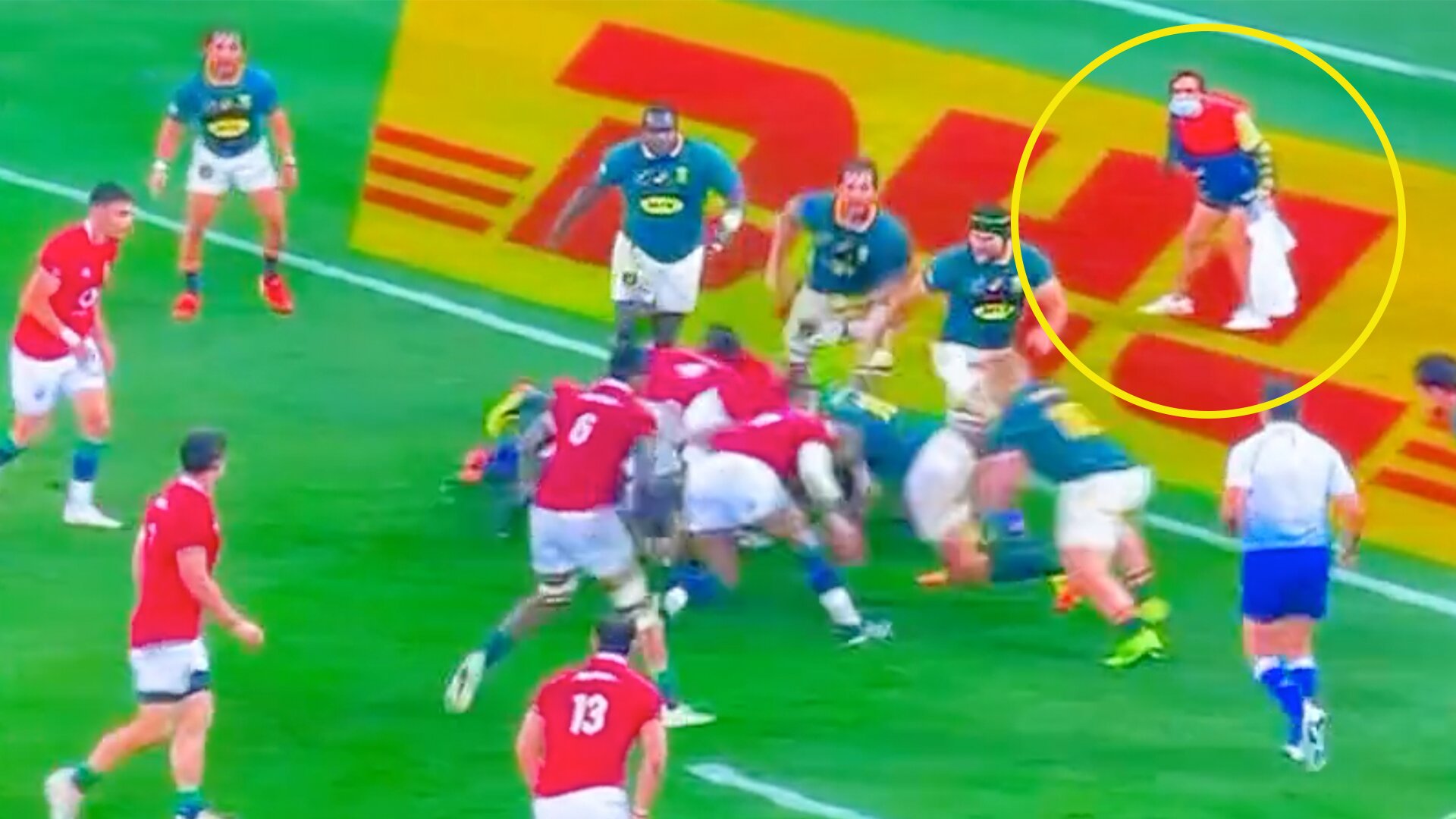 The moment that finally proved this Lions tour was a farce

The dodgy Springbok tactics and underhand scheming from coaches have left a sour taste in the mouth over the last 6 weeks.

This moment from tonight’s game, however, was the straw that broke the camel’s back.

In the 69th minute of play, we see as the Lions are close to scoring a vital try that would have seen them surely win the test series.

We then see something that was truly shocking and disturbing in equal measure.

watch the video below

Honestly …. What is this? Why is a medic or water carrier there??? Continued to stay there on the scrum as well. 🤯🤷🏼‍♀️ pic.twitter.com/4a0Ypr3ljE

We see as the Springboks ignore the rules, having their ‘water carrier’ barking orders from literally next to the players.

This will no doubt be ignored by the officals.

This isn’t the first time the South Africans have used these underhand tactics.

We saw this same cheap tactic in 2019 as you can see in the story below.