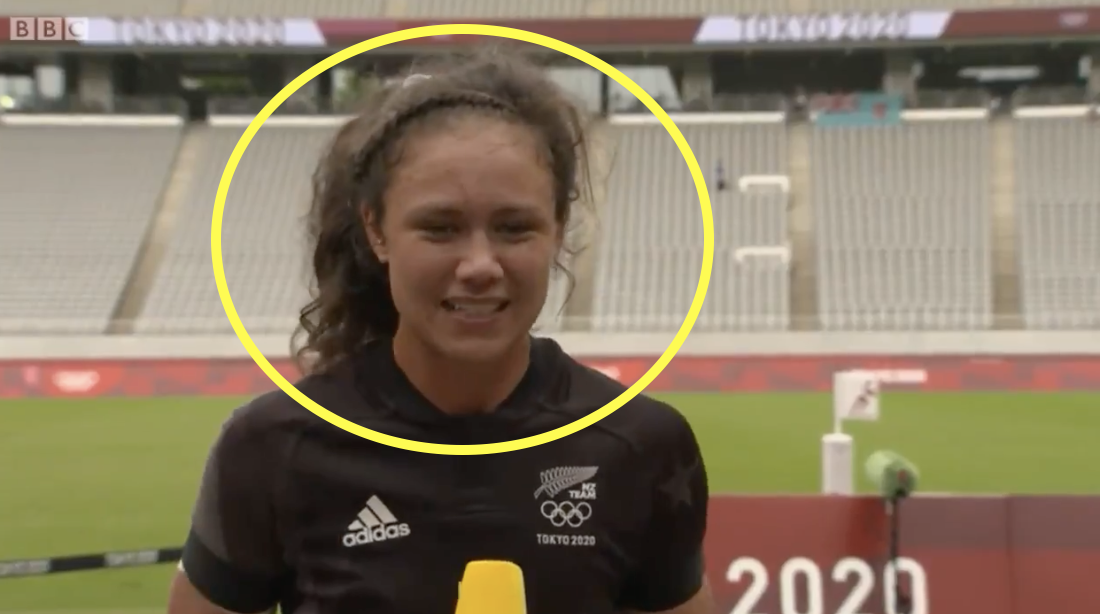 Hands down the best post-match interview of the Olympics

New Zealand Sevens’ Ruby Tui has given one of the best post-match interviews in a long time after her side’s victory in the Olympic quarter-finals.

A day after using the line “there’s not enough hand sanitiser in the whole of Japan to clean that act up,” referring to the Black Ferns’ performance against Great Britain, where they went 21-0 down and went on to win, Tui brought the same energy again after playing Russia twice in one day.

After their quarter-final win, she joined the BBC at the side of the pitch and brought a lot of enthusiasm for someone who has just played a sevens match, and interspersed the interview with some bicep curls of what looks like a bucket. She paid respect to Russia as well, while also talking about what it is like to face GB, and has proven to be a popular figure on social media.

New Zealand’s win means they will play Fiji in one semi-final, while GB will face France in the other.