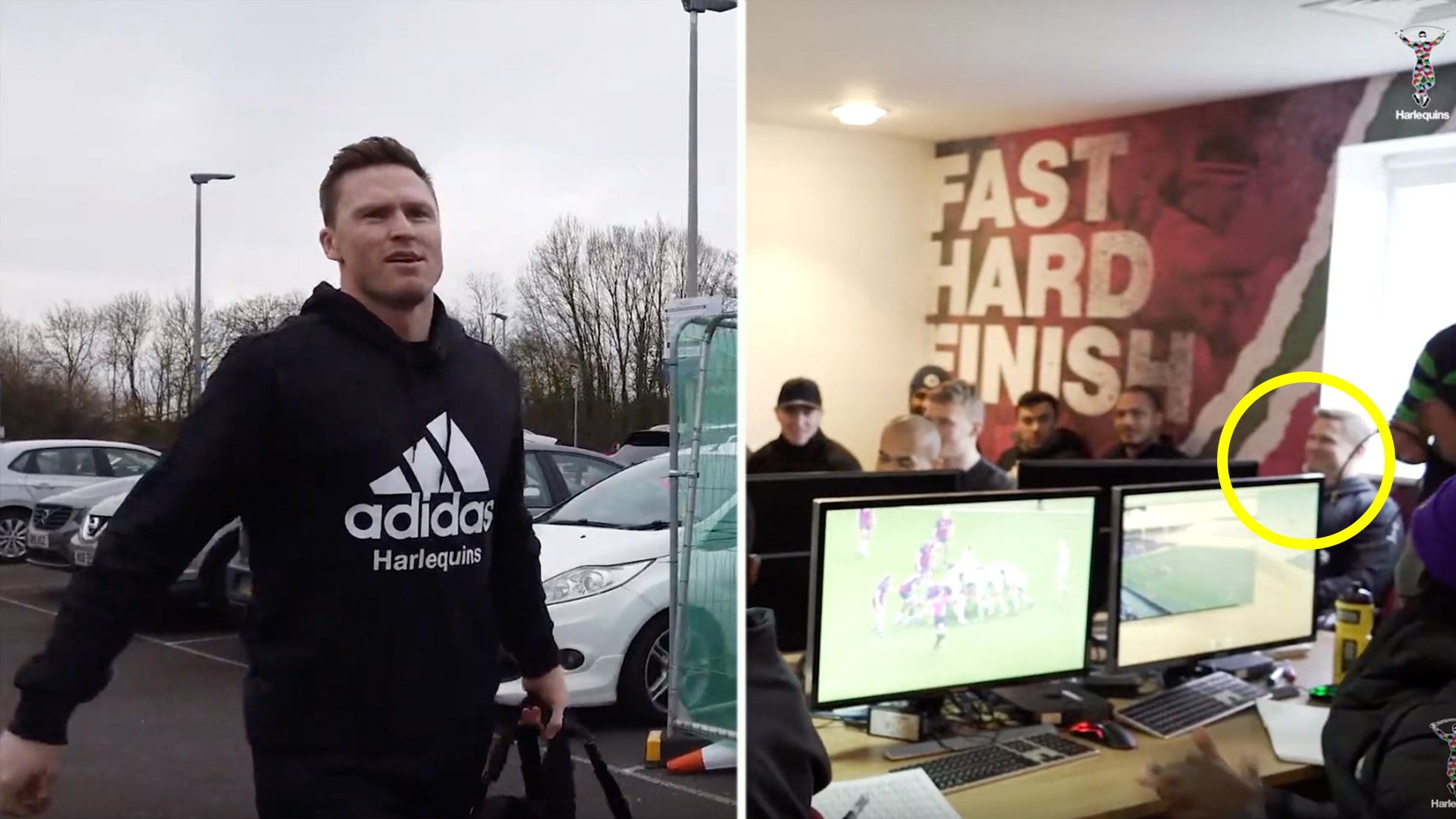 Harlequins have released rather a strange video of Chris Ashton arriving at the club for the first time. The video is so much more subdued than you would expect.

Chris Ashton signed for the London team last week and he first arrived yesterday at the club.

The mood seemed quite odd at the club however, with no real fuss made about him arriving. We understand it’s not a massive signing but it is still quite odd to see.

Here is the video of him arriving at the club.

Ashton joins Harlequins with immediate effect and will be reunited with a number of former England teammates including Danny Care, Mike Brown and Joe Marler.

The 32-year-old scored 20 tries in 44 England Tests, with his last international cap coming in February 2019. The former Saracens, Toulon and Northampton winger is the Premiership’s third highest ever try-scorer with 86 and switched codes from rugby league to union in 2007.

Upon joining Harlequins, Ashton said: “I can’t wait to get started at Quins. It is a Club filled with incredibly experienced and talented players. When I spoke to Gussy and heard more about the direction the Club is going in, and what it means to be a Harlequin, I knew that this was the right move for me.

“I know lots of the lads at Quins, like Danny, through our England careers and years of friendship. I like the look of what Quins are doing, they are growing a strong squad and the foundations for future success are in place.

“I know that I have still got a lot to give on the pitch and I am confident that being at Quins will enable me to continue scoring tries and help me with my aspirations of reaching 100 Premiership tries, beating the current record.”

Paul Gustard, Head of Rugby at Harlequins said: “We are delighted that ‘Ashy’ has decided to commit his future to Harlequins. I have known Chris for around eight years now and he is without doubt one of the most competitive, professional and dedicated athletes I have encountered. His drive to succeed and win is exceptional, allied to his desire to improve and be the best version of himself he can be has always been clear.