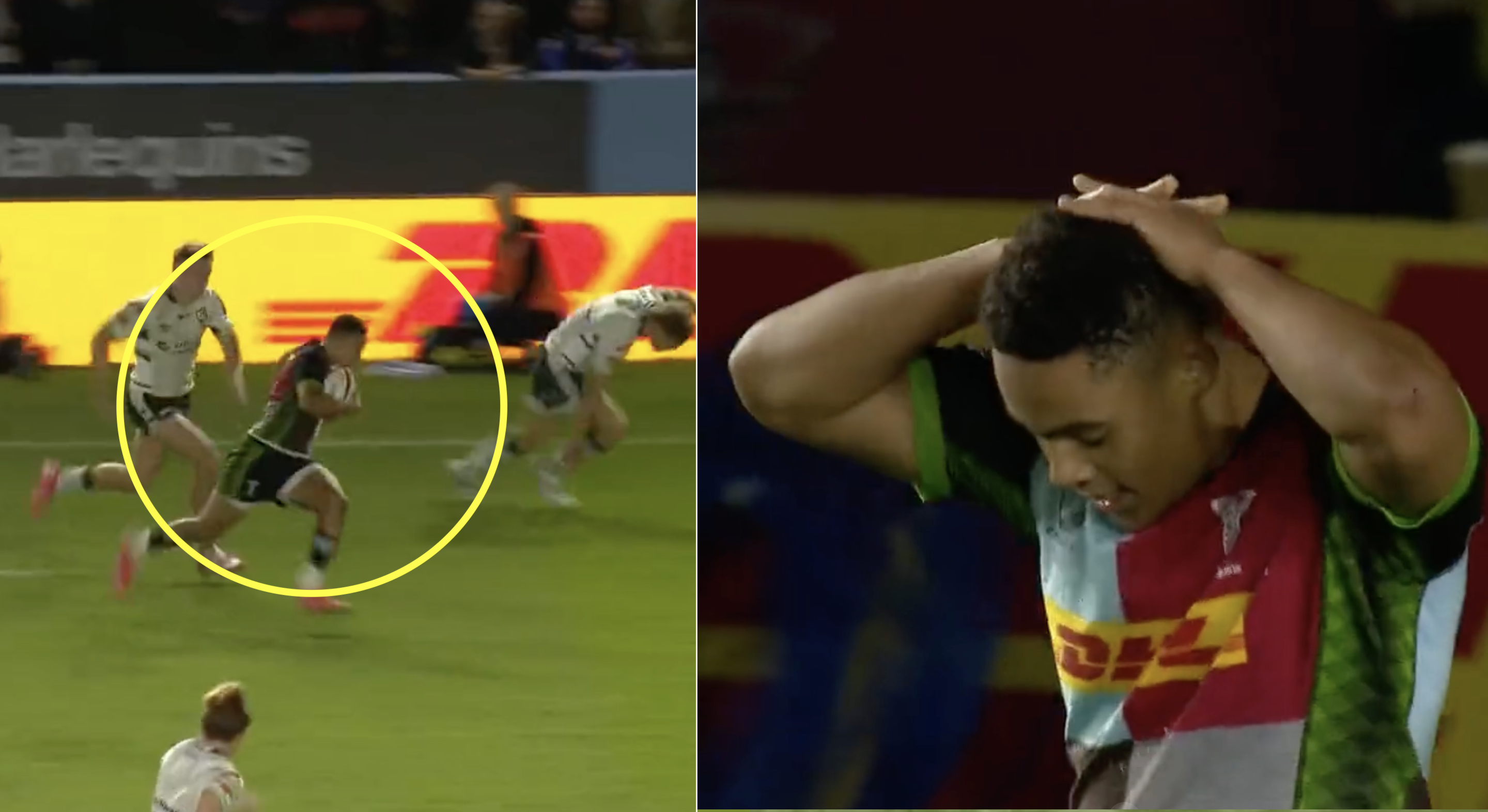 The Premiership Rugby Cup is always a good chance for fans to see the next group of players coming through at each club, and round one this week did not disappoint.

This is a competition that gave players like Henry Arundell a taste of first team action last season, and he went from strength to strength from there. Well it looks as though another player might have caught the eye of fans across England yesterday as Harlequins faced London Irish at the Stoop.

A try scored by 19-year-old Quins wing Cassius Cleave has done the rounds on social media today, and for good reason as he exhibited balance, footwork and some searing pace after snapping up a loose ball from a kick to run in a try from 60 metres out.

The speed and agility of Cassius Cleaves! 💨🍃

Despite this try, Quins still came away 30-27 losers against last season’s finalists. This was a great chance for both sides to field some younger players that might work their way into first XV contention as the season progresses.

London Irish Academy Backs Coach James Lightfoot Brown said after the match to the club’s website what a promising position they find themselves in: “We spoke in the huddle about the lads who made their debut today and also the lads that have waited a long time to play for this Club.

“It was a really pleasing performance, it’s always difficult to win at Harlequins but it was a great win.

“That’s what makes it special.”

“These are guys we have worked with for a very, very long time, and us coaches are incredibly pleased to see them challenged and perform at this level in equal measure.

“We have guys doing it in the first team, so seeing the guys back them up in the Premiership Rugby Cup is excellent.

“It shows what a great place the Club is in, and also the Academy.”