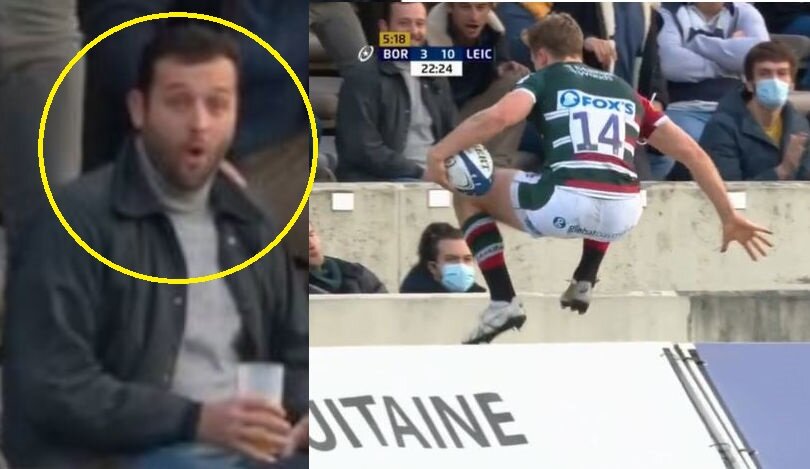 Harry Potter jumps over hoarding not knowing what was behind them

Scared Potter? Harry Potter jumped over hoarding at the Stade Chaban-Delmas in France but he didn’t realise there was a 10 foot drop right behind them.

He’s very lucky he didn’t smash his legs off or something. Wingardium Leviosa indeed!

“Of all the players to disappear within the depths of this Bordeaux stadium, it had to be Harry Potter!” said BT Rugby.

The main thing is he was alright.

The clubs in this season’s Heineken Champions Cup have a total of 38 European titles between them.

Each club will play four matches during the pool stage, two at home and two away with the eight highest-ranked clubs in each pool qualifying for the Round of 16.

The clubs ranked from nine to 11 in each of the pools will qualify for the Round of 16 of the EPCR Challenge Cup.

It was decided to extend the First Registration date to Wednesday (8 December) to allow all participating clubs to supplement their squads with an unlimited number of previously unregistered players.

Of the players registered for the tournament, Leicester Tigers’ Richard Wigglesworth has made the most appearances with 93 to date – 69 for Saracens and 24 for Sale Sharks. Cian Healy of Leinster Rugby is next on 90 appearances.

If available and selected, Cardiff Rugby’s Rhys Priestland and Bradley Davies of the Ospreys could both make their 50th tournament appearances in Round 1.