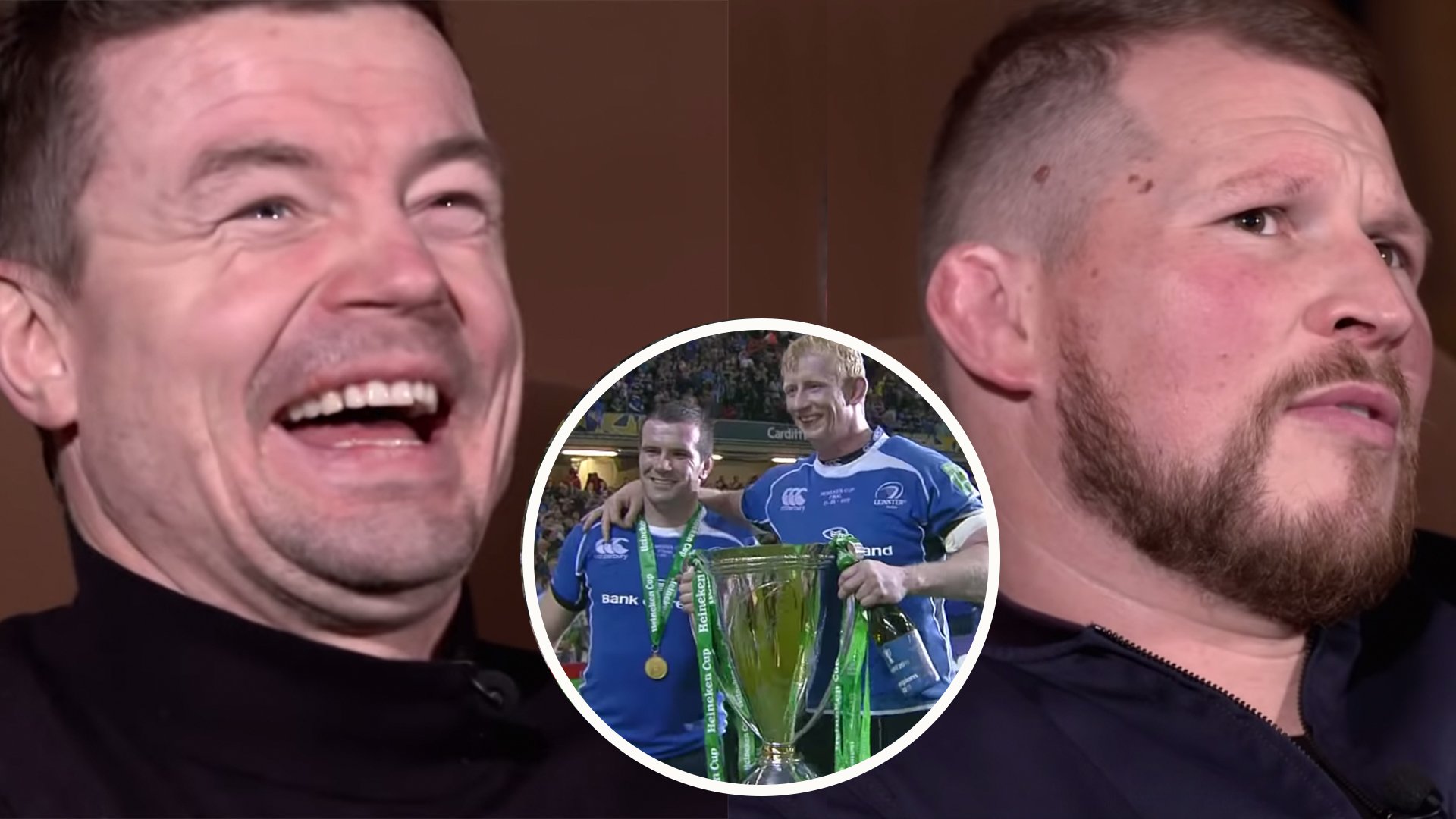 What a brilliant concept that BT Sport have come up here on this video. Former England and Northampton hooker Dylan Hartley being forced to watch his team’s infamous loss to Northampton all over again!

This is a brilliant video which looks back on the 2011 Heineken Cup final between Northampton and Leinster.

This game was one of the all-time matches for Leinster, who scored 22 unanswered points to stage one of the greatest second-half comebacks in Champions Cup History.

Hartley was joined by Ireland and Leinster legend Brian O’Driscoll who was on the victorious team on the night.

The banter has been flowing for Irish legends as Christmas approaches!

The back is always fuller #ChristmasTime pic.twitter.com/5KBzxoDXy9

Dylan Hartley spoke about how he was concussed in the first half of the match, and this meant that during the half time, he was simply a passenger in the changing room, where he was normally a key influence in the room.

It clearly must have been hard viewing for Hartley, who was part of that dominant Northampton team between 2009-2011.

Hartley clearly wasn’t too impressed watching the second half, although he was on cracking form in the video as a whole which is a testament to him.

This video truly makes for a hilarious watch, mainly because these two get on so well. Hartley, who is unfairly labelled by many to be a bit of a brute is brilliant in this, giving a candid retelling of the events of that day 8 years ago.

We’d definitely love to see more of this kind of content. Imagine if they sat down Owen Farrell and Schalk Brits, making them watch back the 2019 World Cup final. What a video that would be.

Here is the full video, we love this kind of content and fair play to BT Sport for making this. All we’re wondering, is why is this video blocked in Ireland?! The Irish would love to watch this!

Here it is, brilliant video!