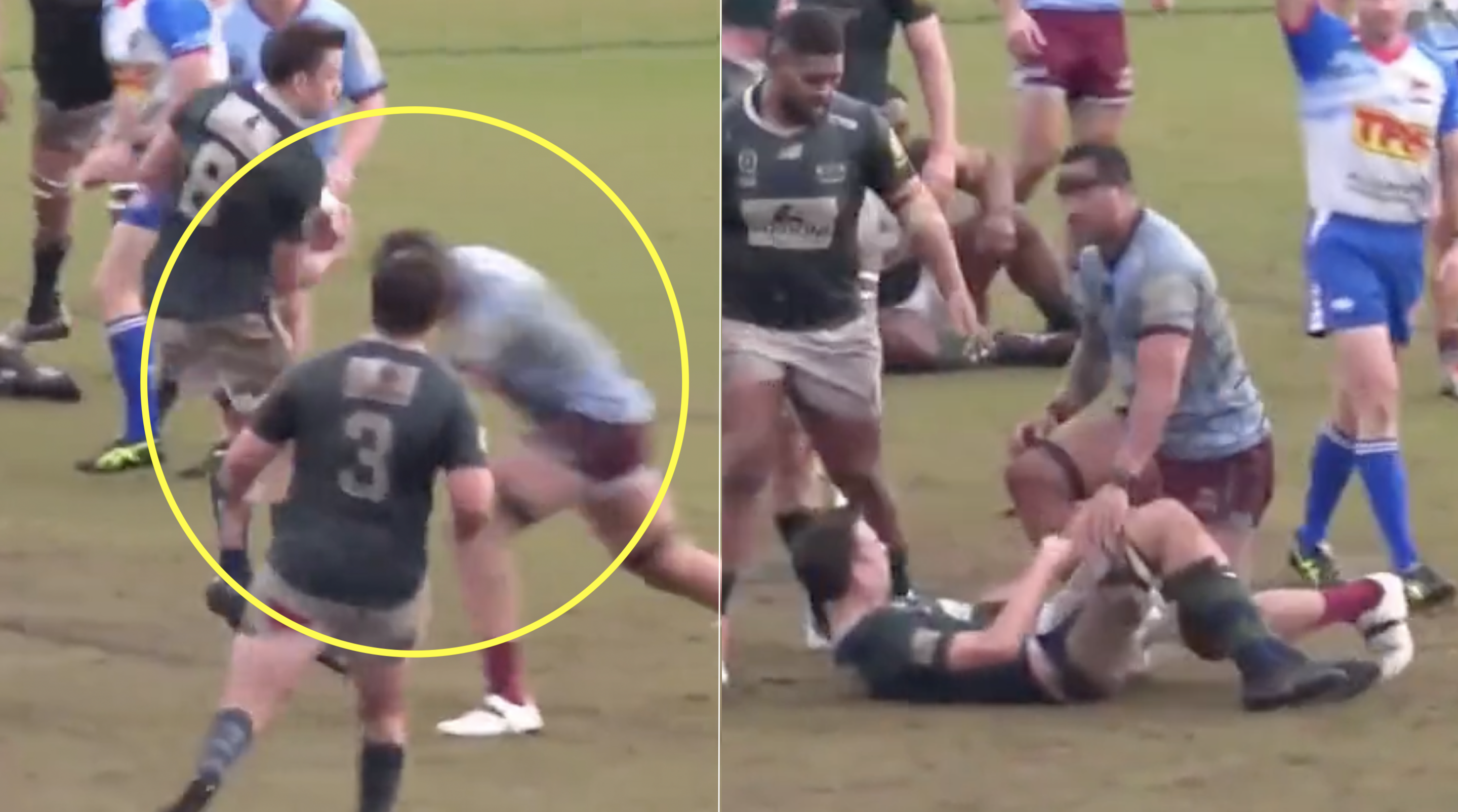 ‘Have we seen the hit of the season?’: Monster club rugby hit goes viral

“Have we seen the hit of the season?” was the questioned asked by the commentator on Saturday when GPS took on Norths in the 2022 Hospital Cup in Queensland.

GPS No8 Michael Richards was on the receiving end of a bone crunching hit from lock Masalosalo Tutaia, who flew out the line to cut his victim in half as soon as his hands touched the ball. What looked like a perfectly timed tackle was only possible due to the fact that Tutaia was offside. So despite it being technically illegal, it is still quite an impressive tackle.