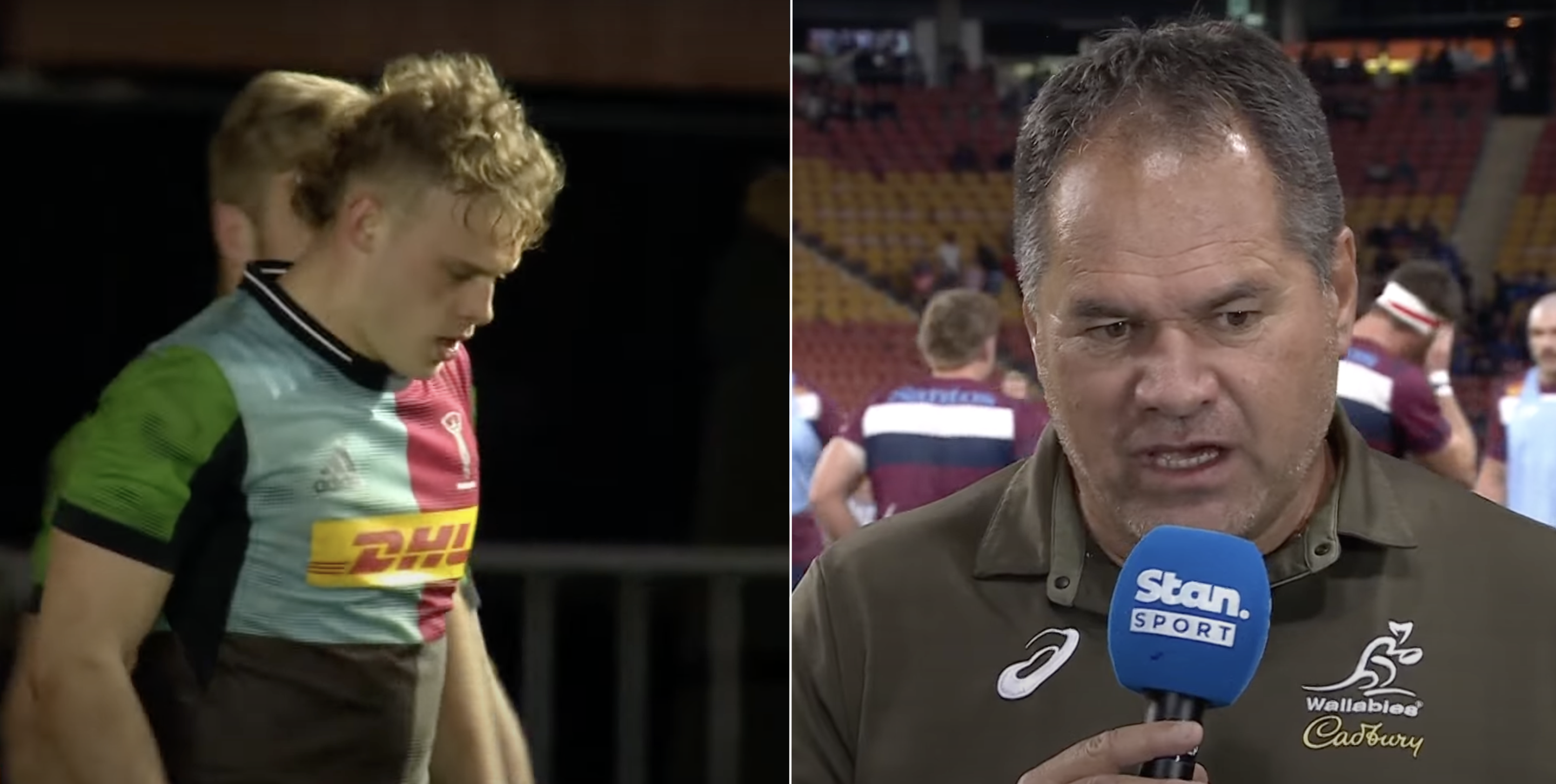 ‘He is absolutely lightning’: Dave Rennie on England’s young stars

Ahead of England’s three Test series against Australia in July, Dave Rennie was recently quizzed on what he thinks about some of the players that Eddie Jones picked in his 36-man training squad recently.

As a guest on Stan Sport, the Wallabies head coach was asked by Drew Mitchell what his thoughts were on Harlequins winger Louis Lynagh, who was part of the England training camp. The 21-year-old is the son of Wallabies legend Michael Lynagh, and though he has been part of England camps before, he has not actually earned a cap yet so is therefore still eligible for Australia.

“Yeah I saw him play a bit over there,” Rennie said. “Obviously he’s a young man and he’s been really strong for them so, like I say, they’re going to bring a lot of good kids over and I’m not surprised if they mix it up this time.”

Rennie was then asked about London Irish sensation Henry Arundell by Allana Ferguson after the 19-year-old has burst onto the scene in recent weeks with a series of sensational tries.

“I haven’t seen an enormous amount of him,” the Kiwi said. “I watch a little bit of London Irish because most of their players are Australian. He is absolutely lightning, and that was an unbelievable try [against Toulon in the Challenge Cup quarter-final].

“[Speed] is essential for guys out wide. You look at someone like Marika [Koroibete], having that sort of lightning speed with the work ethic to repeat efforts. So he’s been impressive.”

Rennie did say that there are plenty of seasoned England players that were not part of that squad that are likely to be called up come the end of the season in England, but Lynagh and Arundell are two players that are expected to remain as Jones tries to get his backs firing after a lacklustre Six Nations.